Babak Tafreshi's aim in organizing this year's International Earth and Sky Photo Contest was threefold: He wanted to increase awareness of light pollution, show international landmarks in a new light and communicate the universality of the night sky.

In looking at the winning photos, chosen last month from over 600 submissions from more than 50 countries, it's fair to say he accomplished all three of his goals.

Tafreshi, the founder and director of The World at Night (TWAN), a project of the international astronomy organization Astronomers Without Borders, has been thinking about at least one of these themes since he was a child in Iran.

"Under one sky, who cares about differences in culture and religion? We are people with the same passion," he told The Huffington Post last month from Germany. "When you look at the sky the political borders that we made on this planet are gone, because you feel we are just living in one home under one roof."

Tafreshi said that he wants to communicate that light pollution isn't just an astronomer's problem, but an environmental one that can affect the sleep patterns of people and animals.

A recent survey in the UK by the Campaign to Protect Rural England (CPRE) and the Campaign for Dark Skies (CfDS) revealed that 54 percent of people living in Great Britain are living with severe light pollution, the Press Association reported in April.

The contest was open to everyone, and the only requirements were that the photos be taken showing "the night sky set in the backdrop of the Earth horizon with a notable location or landmark."

"The night sky is an important element of our nature," Tafreshi said. "We can appreciate it like a beautiful mountain, like a lake, sea, or any element of nature. We should appreciate it, and we can preserve it."

Visit The World At Night and Astronomers Without Borders to learn more. 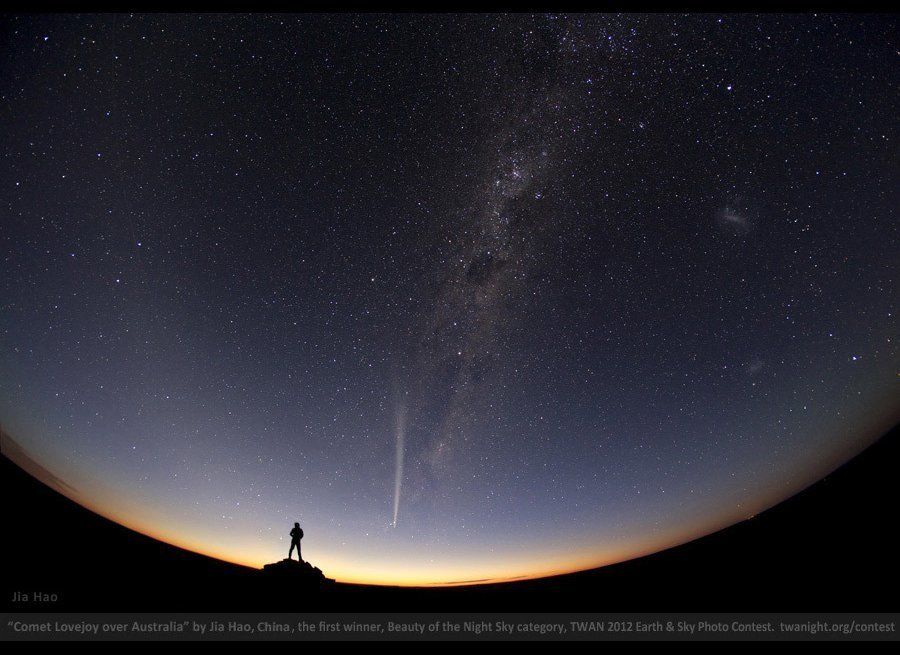