The more you know about the current state of the environment the harder it is to remain optimistic about the future. George W. Bush, however, gives me great hope for the future of the planet.

Put aside your political feelings about the 43rd President of the United States for a moment and ignore what he did or didn't do while President. I would like you to take a close look at what he chose to do after he left office, when he was free to do whatever he wanted.

Bush paints pictures of his dog, his family and his friends--people he met while being President. His house is decorated with art he made himself. 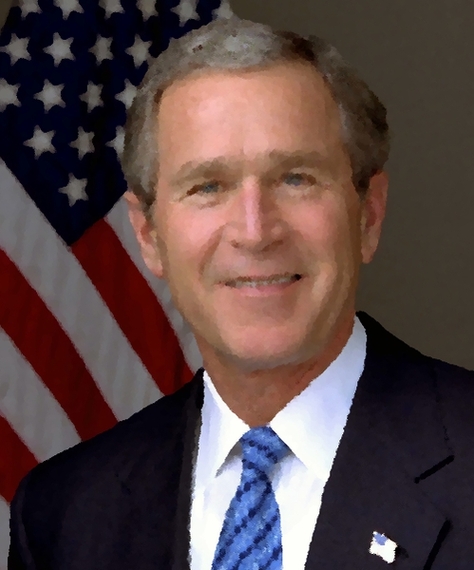 He does not have to do this. His net worth is over $35 million; he could easily hire the most talented living artists to paint a picture of his dog.

If you ever visit my house you will see almost the same thing. The paintings in the living room were created by my children. We may not be able to afford a museum piece, but we could certainly buy prints from Amazon to decorate the room we spend the most time in. Yet we didn't.

The things my family and I make are more personal and have HIGHER value to us than anything we could buy. Just like George W. Bush and his family.

I suspect the walls of your house are the same. If you could afford it, I bet a lot more than just your walls would be your own custom creations.

That is what gives me hope.

For the first time in human history, technology has advanced to a point where the ease of making anything for yourself finally challenges the economies of scale that erupted during the industrial revolution.

Although industrial manufacturing and conventional economics have brought humanity countless wonders, it has also devastated the environment. Decades of environmental activism have brought only small victories (Lake Eerie no longer catches on fire--yeah, us!) But the big picture--metrics like the extinction rates, climate instability, rain forest clearing, desertification and pollution--keep climbing.

While "triple bottom line" thinking and "green business" strategies are increasingly popular, the most powerful entities of our time - the Fortune 500 - is a who's-who list of environmental super villains. These companies grew to gigantic proportions by harnessing economies of scale ensuring profits while externalizing environmental and social costs. Let us not cast stones--we all colluded in it because it was better for our bank accounts. We did this because in the past it was always easier and cheaper to buy something from Wal-Mart than to make it yourself.

My research group recently completed a study where we looked at the economics of 3-D printing from the perspective of the average American consumer. We found that if people 3-D printed only a handful of objects over a weekend they could justify building themselves a RepRap 3-D printer (a 3-D printer that can make its own parts). After that, it was all gravy: as "prosumers" they could make custom objects and offset thousands of dollars of purchases every year. For example, to recover the $500 investment cost of an open source printer, you could print a single pair of custom-made $600 orthotic foot supports.

This was not overly surprising to me.

You see, my lab has saved tens of thousands of dollars over the last few years printing our own open source scientific equipment. Science equipment is often produced in such small quantities that it does not benefit from economies of scale. So, the costs of proprietary science tools are shockingly high. We routinely save 99 percent on tools we make ourselves. Lots of scientists are doing this now as well and sharing designs for free. If they share their designs others are more likely to build off of them--and then in the open source spirit of sharing--re-share improvements. We have done this dozens of times and had strangers all over the world help us make our equipment even better. It is like having a global engineering firm on retainer for technical problems and all you need to do to hire them is share your work. Scientists get it. 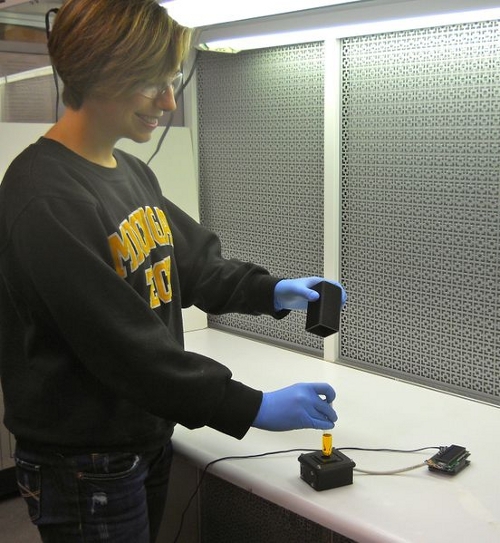 Scientists and people that need custom products like orthotics are one thing and one might think the average Joe is different.

Yet the 3-D printed ones are cheaper. It seems profits sucked out of each layer of the system make even simple things cost far more than they need to.

Today, anyone with a 3-D printer can download free designs for shower curtain rings and manufacture them in their own home for less money than they can get them at the Dollar Store or Wal-Mart or even eBay. Better yet, with a little effort you can customize your curtain rings - and thus make a MORE valuable item for you than anything available online.

The number of free designs is exploding--millions of products already exist. Young people in particular get this "sharing thing".

This is good for our wallets--but it turns out that manufacturing at home with 3-D printers is also very good for the environment. We have completed several studies that show it and so have many others. 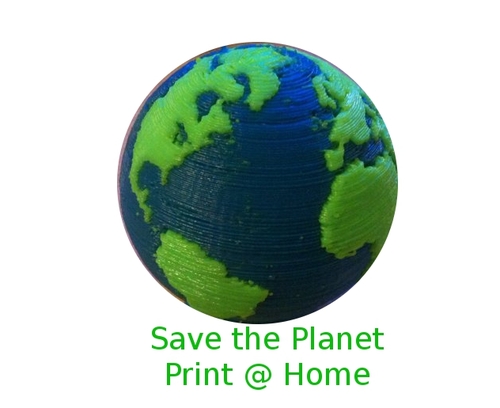 Most commercial 3-D printed plastic filament is made from fossil fuels, so while manufacturing at home is less environmentally damaging it still hurts the planet. Fortunately, many versions of a recyclebot waste plastic extruder now exist. To use them, you collect waste plastic, wash it, shred it and feed it to the recyclebot that spits out 3-D printer filament like a long string of spaghetti. You can then use that filament to make whatever you want.

Commercial filament used for 3-D printing sells for $25-50 per kilogram. If you buy bulk plastic pellets for producing your own filament, you can cut the costs down to $5 per kilogram. However, if you recycle your own prints or use waste plastics, the price plummets to about 10 cents per kilogram. Neither slave labor nor prison labor can hope to compete with that. As you might suspect, if you recycle at home rather than transporting waste all over the place for centralized recycling, it is also better of the environment. You would be right, home recycling is an environmental boon.

The plans for producing recyclebots are freely available on the internet, and some of the parts can even be manufactured using a 3-D printer. Recyclebots are less mature than 3-D printers, although they are improving rapidly as the open source community hacks them into shape.

Old school environmentalists might worry about the electricity to run these machines.

Again, technology is finally maturing in the right direction. Solar photovoltaic costs have dropped like a rock and it is now less expensive to produce solar electricity on the roof of your house than to buy it from the electric company in most of America.

If you state allows net metering, you do not even need a battery as systems lend electricity to the grid in the day and draw from it at night. If your utility discourages solar, recent work on hybrid systems show it is probably economical for you to simply abandon the grid to make and store your own power. This is, of course, our path to a sustainable future without fossil fuels and their resultant pollution.

To top it off there are now even solar-powered 3-D printers and anyone can get the plans for free here. These printers can be used to make what you need at your house, from deserts in the developing world to Arctic reindeer-herding communities. 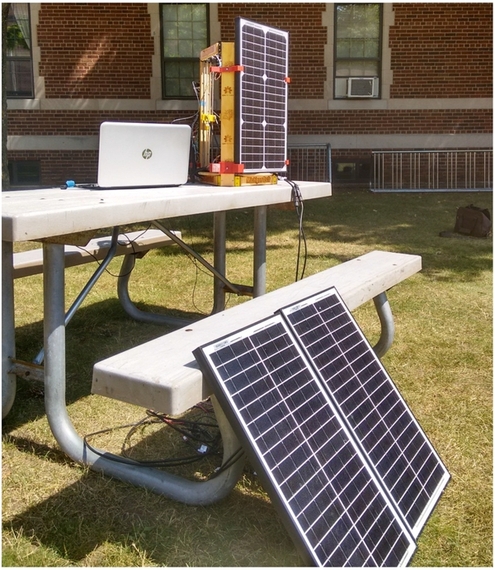 I think most people, even if they disagree with his politics, want to be like George Bush and make their own stuff because it has more value to them. In the past they could not afford it because conventional products that decimated the planet were so much cheaper. This is all changing. I think we all will start to do more than decorate our walls with paintings if we have the tools to do it. When more of us start doing this there will be a tremendous shift to a far less environmentally damaging way of life.

This is a life we can all enjoy whether your family ever lived in the White House or not.