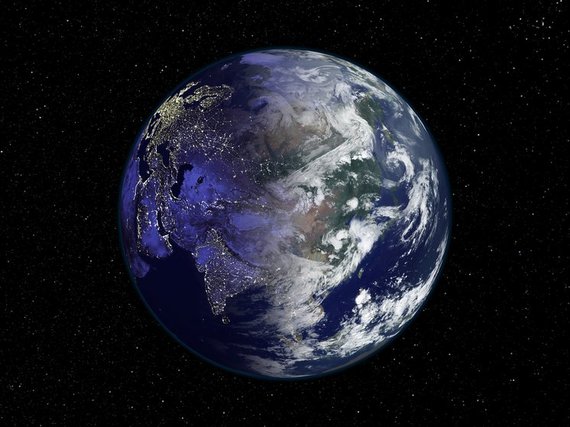 These days, it seems like you can't get online without stumbling across another selfie, whether from a celebrity or a long-lost friend on Facebook. Thankfully we've put together a group of our favorite selfies of someone that could actually use more face time: Mother Earth. (OK, our planet is not a person, but let's just roll with the analogy.)

Unlike selfies of humans, these images were not taken with an iPhone or Android. Instead, some of these snapshots of our home planet were taken by astronauts onboard humanity's floating platform in orbit (the International Space Station), satellites in space around Earth, and even from a telescope zooming around Saturn.

While we may think we know Earth well since we live here, it's worth taking a few moments to ponder just how special our planet is. First of all, it's the only place we know about in the entire Universe that has life. Scientists are looking for evidence of life elsewhere in the Solar System and even from the far-flung reaches of the galaxy, but so far Earth is it as far as hosting anything living -- current or past.

The Earth is in a sweet spot -- traveling on average about 93,000,000 miles from the Sun -- that lets the planet get not too hot or too cold. This means we can have liquid water, which is something we humans certainly need to survive. Our atmosphere is also the right recipe for life to exist. Not only does it have necessary ingredients like oxygen and nitrogen, it's also a good thickness and density. In other words, it doesn't trap too much heat making us a crazed greenhouse like Venus, nor is it too thin that it lets the energy and sunlight escape into space like Mars does.

Now that we've established what a great home planet we've got, take a few minutes to enjoy these pics of Earth. If anyone or anything deserves a little attention, it's the amazing place in space that we call home. 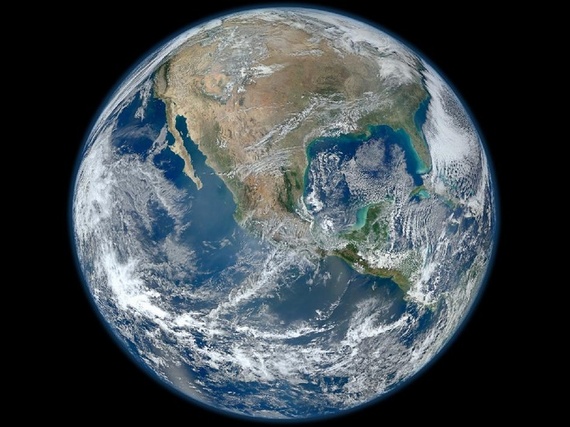 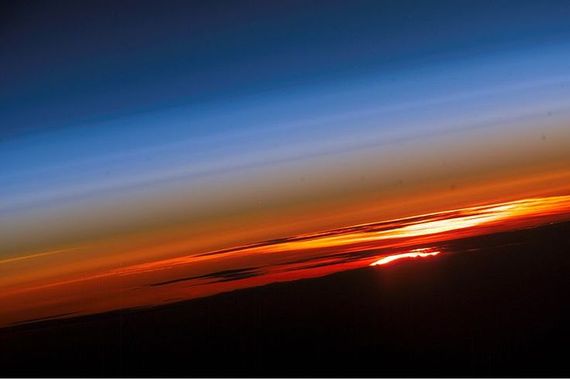 This photograph from astronauts on board the orbiting International Space Station (ISS) shows the Earth's limb, or horizon line, at sunset. Traveling aboard the ISS at about 17,500 miles per hour, astronauts get to see sunsets up to sixteen times each day.

Since half of Earth is in daylight at any given time, image processors stitched together a series of snapshots to create an image of the whole "Earth at Night". Such visualizations reveal how cities tend to grow along coastlines and transportation networks, offering us a glimpse at the extent of urbanization on our home planet. 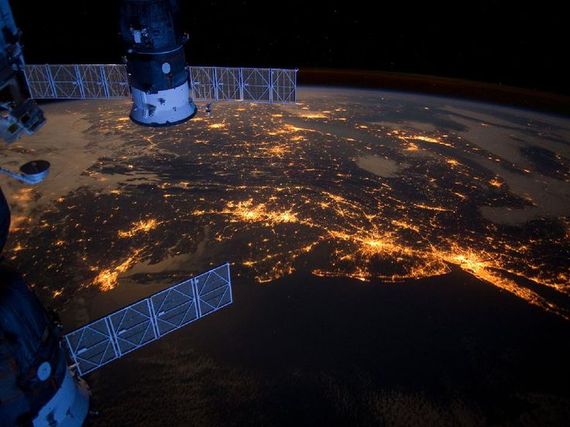 Here is what part of the East Coast of the U.S. looks like at night when seen from the International Space Station. Starting from the bottom-left and moving to the right, regions include cities in Virginia, the District of Columbia, Maryland, Pennsylvania and New York (NYC is the bright lights on the lower right). Bits of Connecticut, Rhode Island, and Massachusetts can be seen above Long Island. 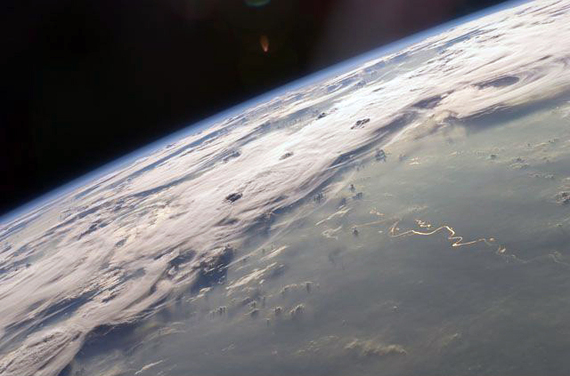 International Space Station (ISS) crewmembers photographed these thunderstorms and cloud patterns on October 6, 2009. The astronauts were orbiting by the Rio Madeira near Bolivia. The reflection of sunlight off the waters of the Amazon Basin back to the camera onboard the ISS can be seen on the right. 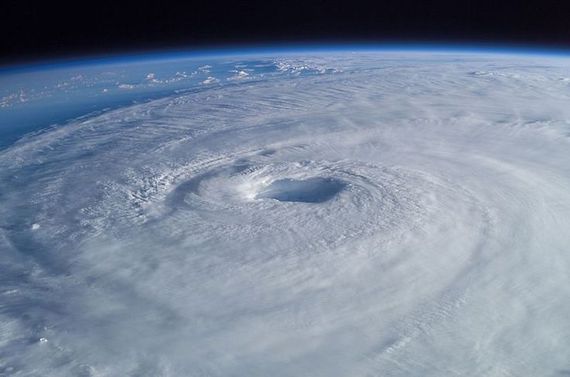 This photograph, taken from the International Space Station, shows Hurricane Isabel as it headed for the East Coast of the U.S. in September 2003. Photographs of hurricanes viewed from above can provide details on the storm's structure that scientists can use to better understand the dynamics of the storm. 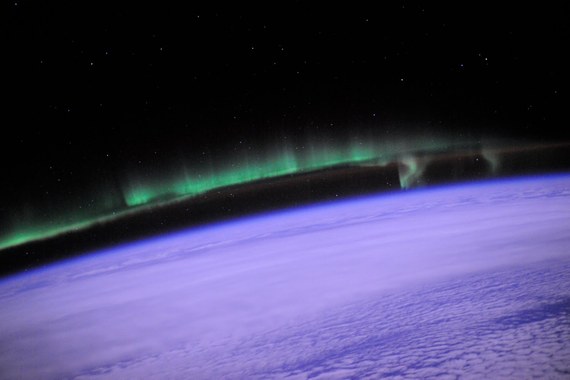 Auroras (aka, the "Northern Lights") are some of the best shows in the night sky when seen from the ground. They are even more impressive when viewed from above. High above our planet, astronauts on the International Space Station get up-close views of auroras from their windows as the space station flies through space. 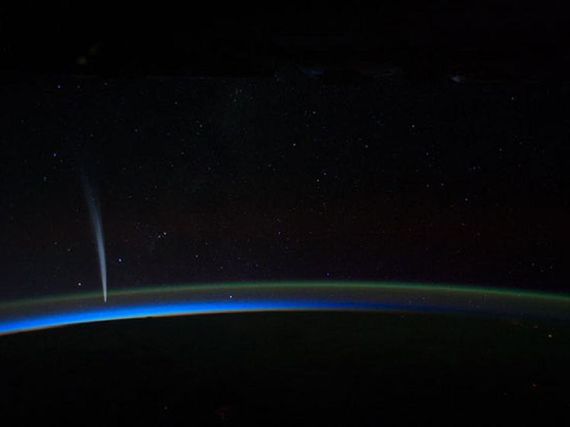 This image, taken from the ISS in 2011, shows Comet Lovejoy as it appears to be plunging into Earth. In reality, the comet is traveling safely far away from our planet. Stargazers are hoping for glimpses of another dramatic-looking comet as Comet ISON arrives this fall. 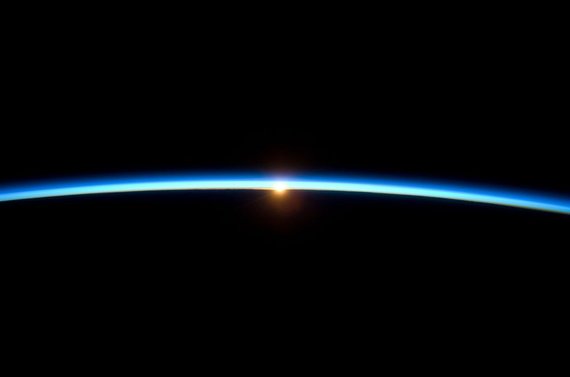 Our planet's thin atmosphere is all that stands between life on Earth and the cold, dark void of space. Earth's atmosphere -- which is roughly 300 miles thick -- has no clearly defined upper boundary but gradually thins out until it is no more. 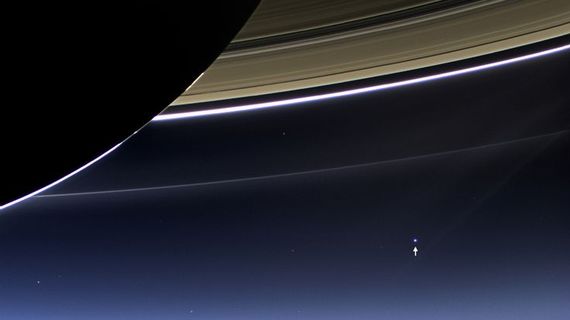 On July 19, 2013, NASA's Cassini spacecraft captured a unique, and far away, view of our home planet -- with the perspective of Saturn's rings. Earth is 898 million miles distant in this image, seen as the blue dot marked by the arrow. Other fainter dots in the image are stars.

Kimberly Arcand and Megan Watzke are co-authors of Your Ticket to the Universe: A Guide to Exploring the Cosmos," published by Smithsonian Books (2013). You can view these images, and many others, in their book.