Happy Earth Day! Every year on April 22, the world celebrates this amazingly diverse planet we call home, focusing on ways to protect it from the often destructive practices of its human inhabitants. While many of these efforts focus on the conservation of Earth's most fragile habitats, we frequently forget just how extreme and alien-like our own planet can be. The photos below showcase Earth's unbelievably varying landscapes and remind us that we often live our lives confined only to a minuscule part of this amazing planet. 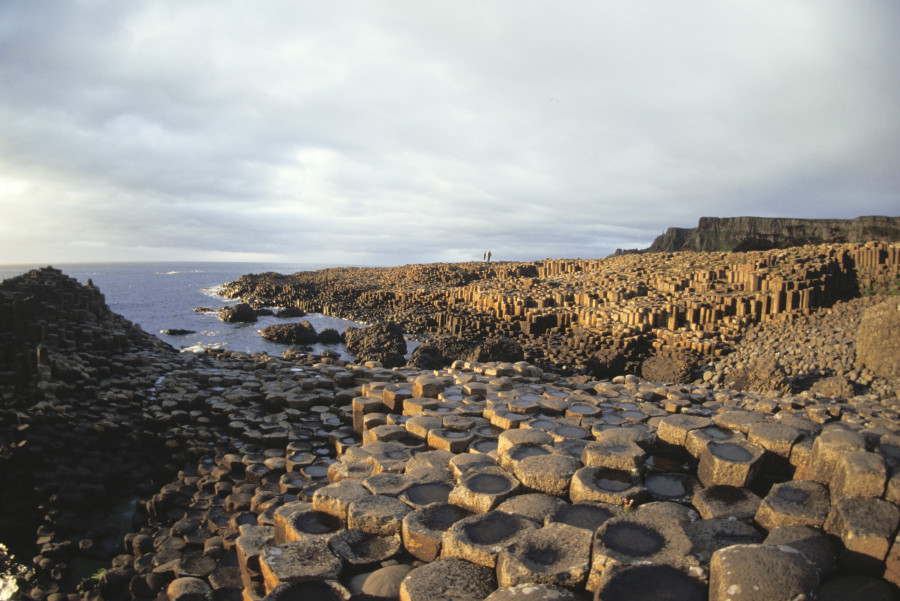 This strange landscape was formed around 50 to 60 million years ago. The geometric features are actually basalt columns that fractured into these shapes after a volcanic eruption, though legend has it that they're the remnants of an ancient road built by a giants. (Photo: Education Images/UIG via Getty Images)

My black church organ pipes by Zsolt Kiss on 500px

The same type of features are found here, in Iceland, where they play host to a frigid waterfall.

And here, on the island of Staffa, in Scotland.

Curves by Ivan Šlosar on 500px

Shifting textures of the sand in the Sahara Desert, the largest sand desert in the world at over 3,600,000 square miles, somehow resemble human features.

Minimalism by Marina Sorokina on 500px

This massive dune in the Namib Desert blocks light to one side of the slope, showcasing a stark contrast in an often unchanging desert landscape. 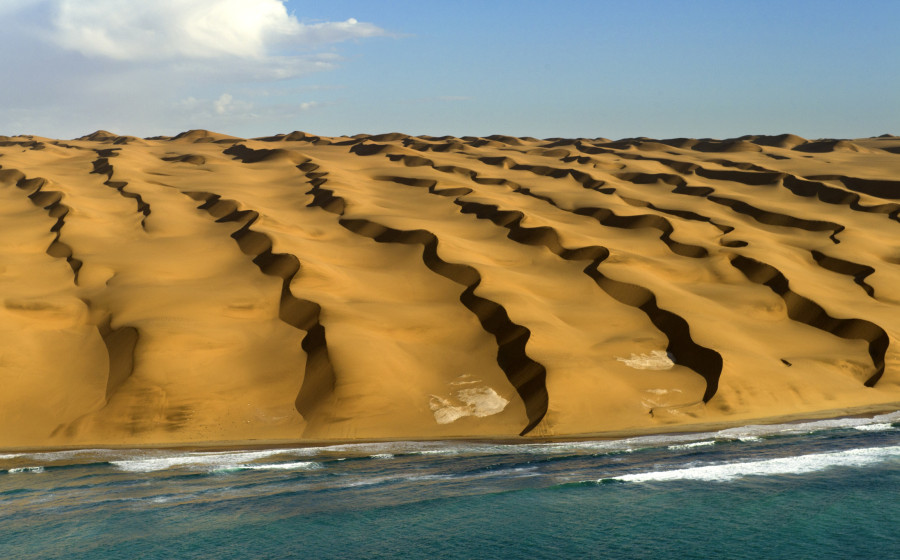 On the west coast of Africa, the desert and its dunes run right up to the Atlantic Ocean. (Photo: David Yarrow Photography via Getty Images)

The bacteria and microbial mats that thrive in this naturally heated pool change colors depending on the temperature of the waters.

Frozen ice bubbles are seen trapped beneath the surface of a lake.

An Icy Adventure by Michael Matti on 500px

Melting and refreezing has created an alien-like texture on the ceiling of this cave.

Thick cracks are seen in the ice of Lake Baikal, the deepest and largest freshwater lake in the world in terms of volume. The lake plummets to nearly a mile deep in one of its basins.

This iconic sandstone rock formation is the result of millions of years of erosion by water and now primarily wind.

Bryce (Canyon) at Sunrise by N Lester Ellorin on 500px

Barren by Stacy White on 500px

Millions years of erosion have carved a wide variety of gorgeous features into this vibrant landscape. 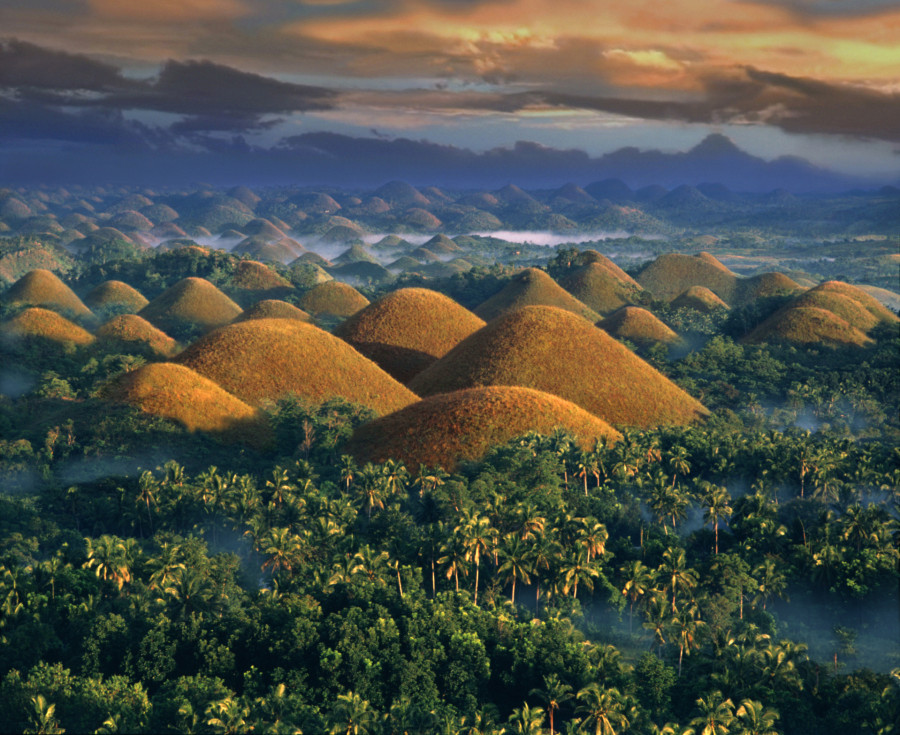 More than 1,700 of these grass-topped limestone hills may dot the Bohol Province in the Philippines, millions of years after being weathered by erosion. The domes range in size from around 100 feet to 160 feet tall. (Photo: Per-Andre Hoffmann via Getty Images) 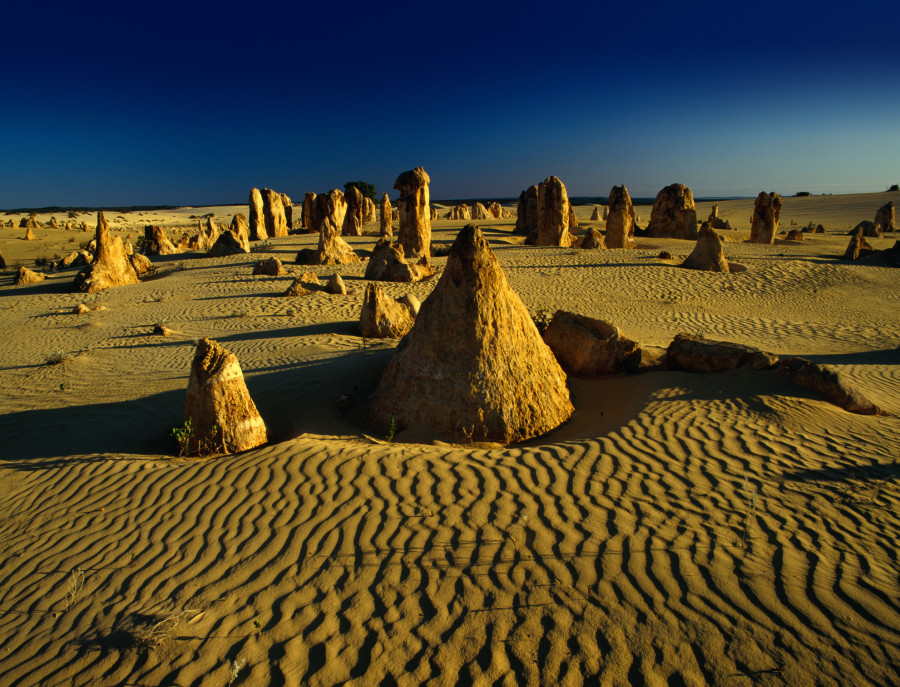 These ominous limestone formations are a big draw in Western Australia. While science has come to an agreement that they are made of the remnants of sea life at the bottom of what was once a vast ocean, there are some conflicting theories about why these specific spires are so far above ground. (Photo: Richard I'Anson via Getty Images)

Paradise by zhonghua meng on 500px

The renowned pillars in Hunan Zhangjiajie National Forest Park are the subject of both Chinese art and Western cinematography. The spires served as an inspiration for the alien world in the blockbuster film "Avatar."

This desert-scape high on the Tibetan Plateau is home to some of the most stunning slopes you'll find on Earth. 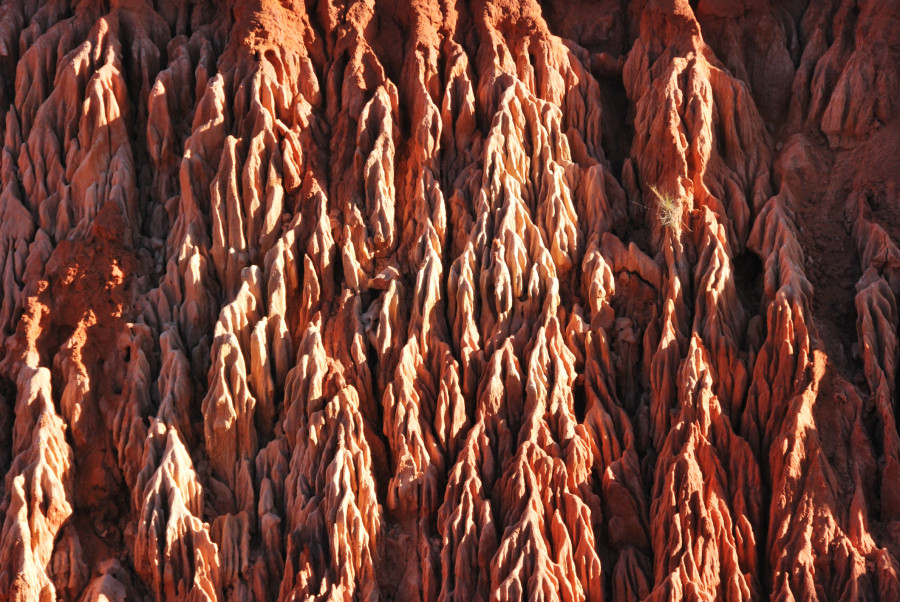 Erosion has carved the land on this part of the African island into a remarkable stone forest. Much of the wildlife found in this area lives nowhere else in the world. (Photo: Haja Rasambainarivo via Getty Images)

With no access to freshwater, the water in this shallow lake is highly salty and alkaline, a result of the erosion of minerals that make up the surrounding geologic layers. Beginning in the middle of the 20th century, Los Angeles began diverting water from Mono Lake for use. It drained much of the lake's waters, exposing the now-iconic tufa towers seen in the photo above.

At least 34 eruptions have been recorded at this highly active volcano since 1882. It contains the largest known lava lake in the world. 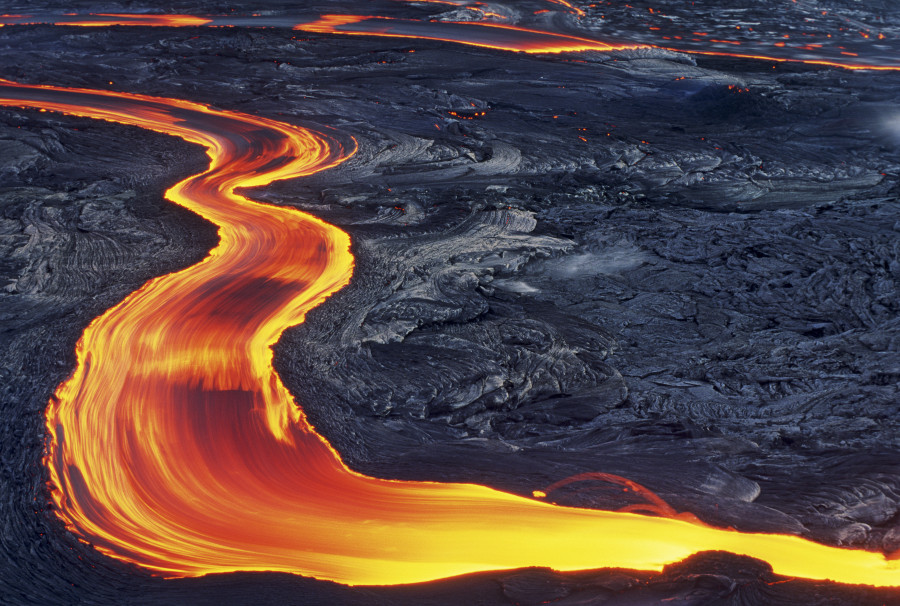 Runoff from a volcano flows down a bed and into the water.

This enormous cave in central China is so large that it houses its own weather system -- meaning clouds and rain can appear below ground.

Something Wicked This Way Comes by Miles Morgan on 500px

A storm moves in over the salt flats in barren California.

The Salar de Uyuni are the largest salt flats in the world. The near-uniform topography makes for amazing sight-lines and great photo-ops. 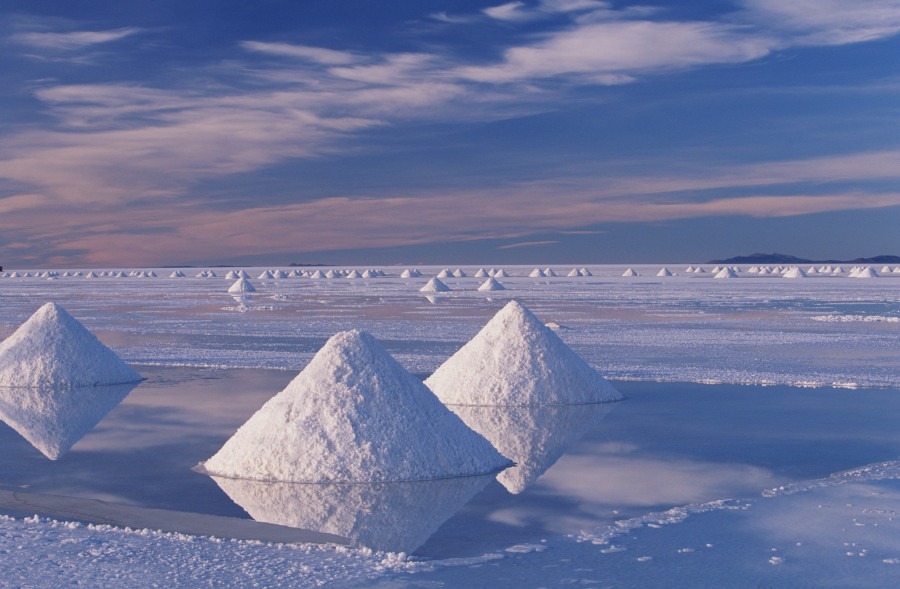 At 150 feet below sea level, this is the lowest known volcano on land. Acidic discharge from the geologic activity has bleached the land in all sorts of extreme colors.

A Closeup Of Dallol Deposits

Dallol by Stefano Scheda on 500px

Around 50 years ago, a mining settlement of the same name was occupied just a few miles from this harsh terrain. It was abandoned in the 1960s, though holds records for being one of the hottest continuously inhabited places on Earth.

This enigmatic geological feature in the heart of the Sahara desert (seen here from space) has been the subject of much debate among scientists. Once thought to be an impact crater, geologists now consider it to be a deeply collapsed dome that was initially formed around 100 million years ago.