Make no mistake: Earth is a powerful and, at times, violent planet. And if you had any doubts, this new jaw-dropping animation ought to put them to rest.

The National Oceanic and Atmospheric Administration’s Pacific Tsunami Warning Center released a video Friday mapping every earthquake as it occurred from Jan. 1, 2001, through Dec. 31, 2015.

The visual is as mesmerizing and enlightening as it is frightening.

As seen above, earthquakes appear as colorful circles, with colors representing depth, and size representing magnitude. Each second represents 30 days.

There’s no shortage of activity ― Earth’s tectonic plate boundaries light up like a Christmas tree.

At the end of the animation, every recorded tremor over that 15-year period is shown, followed by only those quakes greater than magnitudes 6.5 and 8.

“This time period includes some remarkable events,” including several quakes that caused “devastating tsunamis,” NOAA wrote in a post about the animation.

Those tsunami-generating quakes include the devastating 9.1-magnitude tremor in Sumatra in 2004, an 8.8 magnitude in Chile in 2010 and the 9.0-magnitude quake off Japan’s northeastern coast in 2011 that killed nearly 16,000 people and caused a meltdown of nuclear reactors at the Fukushima nuclear power plant.

For more information about the animation and to view an interactive version, visit the NOAA’s website. 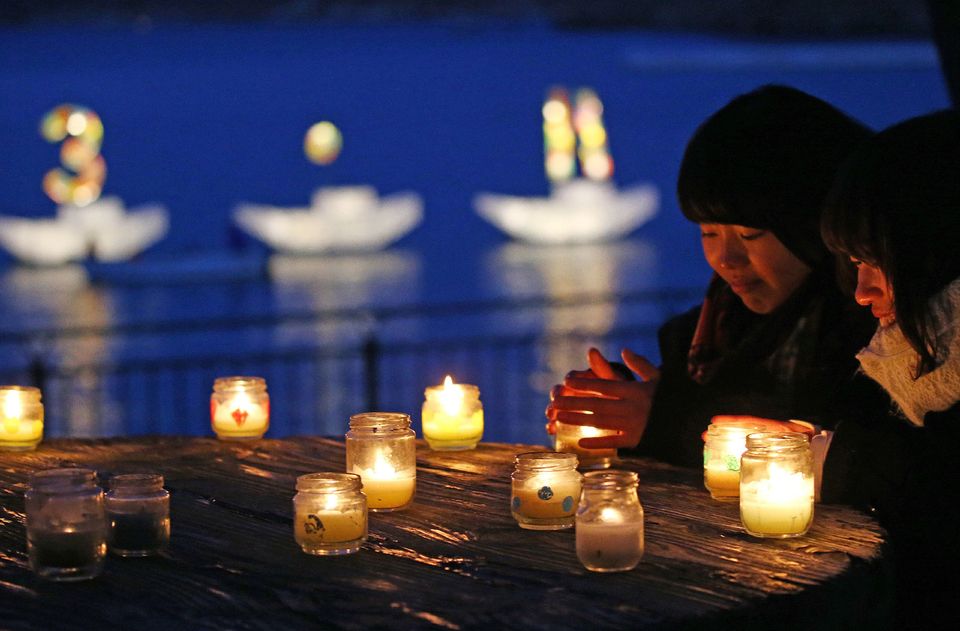