Though the core is only 0.1 percent to 0.8 percent carbon, the iron ball is the largest reservoir of carbon on the planet, the study authors said.

An impenetrable 1,790 miles (2,890 kilometers) below the planet's surface, the core is a compelling mystery. The density of pure iron is heavier than the core's observed density, which is calculated from seismic and laboratory studies.

Even though the bulk of the core is iron, scientists have surmised it must contain a small amount of lighter elements such as oxygen and sulfur. Using computer simulations, researchers from the University of California, Davis, and the Chinese Academy of Sciences in Beijing tested whether carbon also hides in the core.

"We knew the density of the core, and we knew that metal iron and nickel alone couldn't account for that density," said Qing-Zhu Yin, UC Davis geology professor and study co-author. "You need something lighter." 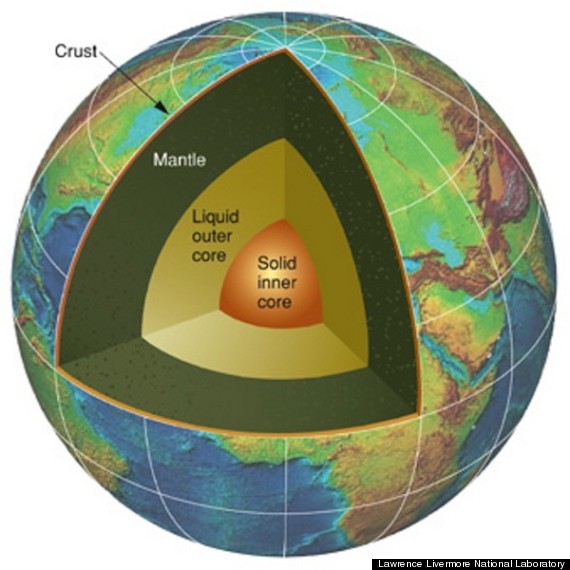 Different layers inside the Earth. Scientists think carbon in the core may account for its light density.

Previous estimates of the carbon content of the core have differed by a factor of 20, Yin wrote in the study.

In the computer model, carbon was one of the major missing light element candidates; others included silicon, oxygen, phosphorus, magnesium, hydrogen and nitrogen. An accurate knowledge of carbon's influence can help pinpoint the exact timing of the core's formation.

"It's about understanding the nature of the Earth," Yin said. "We're able to better understand the physical and chemical processes involved in Earth's formation."

The findings appeared online Nov. 13 in the journal Proceedings of the National Academy of Sciences.