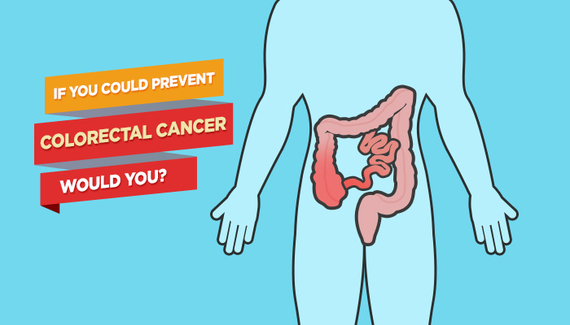 Are there any easier alternatives to a colonoscopy to check for colon cancer? I'm in my 60s and would like to be tested, but hate the idea of drinking all that laxative solution and being sedated for the procedure.

It's a great question. While a colonoscopy is considered the gold standard screening test for detecting colon cancer and is widely recommended once adults reach age 50, only about half of Americans who've passed that milestone ever get tested.

Why? Because most people, like yourself, dread the all-day laxative prep and sedation, not to mention the procedure itself. Fortunately, there are some easier alternatives, but be aware that if these tests uncover any suspicious results, you'll still need to undergo a colonoscopy.

Take-Home Tests
There are two different types of tests on the market today that you can take in the privacy of your own home that requires no laxative-taking/bowel-cleansing preparation.

The best option is the new FDA approved Cologuard test, which has a 92 sensitivity rate for detecting colon cancers. With this test you simply take a sample of a bowel movement, and mail it in to the lab for analysis. The lab looks for both blood and cancer-related DNA cells in your stool.

The Cologuard test, which is recommended every three years, requires a prescription from your doctor, and costs $599 but is covered by Medicare and many private insurers.

If, however, you find that the Cologuard test is not covered by your insurer, and you can't afford or don't want to pay the $599 fee, the other option is the fecal occult blood test (FOBT) or the fecal immunochemical test (FIT), which detects 74 percent colon cancers.

These tests, which are also provided by your doctor, check for traces of blood in the stool that could indicate cancer or large polyps that can develop into cancer, but they don't look at the DNA. You simply send a stool sample to the lab.

Recommended annually, both of these fecal tests cost only around $25 and are covered by Medicare and most insurers.

Less-Invasive Tests
Two other tests to consider that are less invasive then a colonoscopy but more entailed than the take-home tests are the virtual colonoscopy and the sigmoidoscopy (both tests are recommended every five years).

A virtual colonoscopy uses a CT scan to view your colon instead of a scope in the rectum, so it's a less invasive procedure than a traditional colonoscopy and doesn't require sedation. But, it still requires the same bowel-cleansing prep. It's also more expensive, typically costing between $400 and $800 and is not covered by Medicare or most insurers.

A sigmoidoscopy exam, which is covered by Medicare and most insurers, uses a short, flexible scope inserted in the rectum like a colonoscopy to look at the lower colon only. This is a much faster and less involved procedure than a colonoscopy and one that doesn't require sedation. You follow a clear liquid diet the day before the exam and take a laxative or enema the morning of.

Colon Cancer Numbers
Colon cancer, which develops slowly over several years without causing symptoms especially in the early stages of the disease, is the second largest cancer killer in the U.S., killing around 50,000 Americans a year.

The U.S. Preventive Services Task Force - an independent panel of medical experts that advises the government on health policies - recommends colon cancer screening to all adults, ages 50 to 75. Earlier screenings are recommended to people who have an increased risk due to family history or other factors.

Experts believe that as many as 20,000 lives could be saved each year, if the screening rate went up to 90 or 95 percent.

Send your senior questions to: Savvy Senior, P.O. Box 5443, Norman, OK 73070, or visit SavvySenior.org. Jim Miller is a contributor to the NBC Today show and author of "The Savvy Senior" book.