The East Coast can be a frigid nightmare in the winter.

Last Tuesday, it was below freezing in New York City, where I live, hitting a low of 16 degrees at one point. This past weekend, over 26 inches of snow fell in Central Park. Today, the temperature is in the mid-40s, which would be damn near celebration-worthy, except for the mounds of slowly greying slush everywhere you look.

Numbers and words will forever feel inadequate when trying to describe what an East Coast winter truly feels like though. You can’t know until you yourself have felt the sting of cold air on the smallest sliver of skin between your gloves and winter coat. Or until you’ve turned the corner of a Manhattan avenue, only to be knocked over by a gust of freezing wind. Or until you’ve taken a step onto what you thought was concrete, only to realize your shoes and pants are eight inches deep in something that is anything but. And that’s before you consider the very real consequences of seasonal affective disorder, which consumes you, quietly and slowly but ever so consistently, until you are a shell of your Summer self.

In short, the winter in New York City can be and often is a completely soul-sucking and depression-inducing period of unquestionable awfulness. But five and a half years after I first moved out East from the West Coast, I’ve come to realize it’s not the worst thing about living here. That would be the late start times for West Coast sporting events.

For the past month, I’ve been talking with friends about how excited we were for Monday night’s game between the Golden State Warriors and San Antonio Spurs. The 2015-2016 incarnations of the Spurs and Warriors are two of the best regular season teams ever, and they just happen to be playing historically good basketball at the same time. Stephen Curry is one of the most miraculous basketball players ever. Kawhi Leonard has made the leap. Both teams are filled with fantastic players and personalities, coached by some of the best to ever do it. They are finely tuned basketball-playing machines.

I agreed. And in the hours leading up to the matchup, I felt like a little kid right before Christmas. I was hopelessly, embarrassingly excited. Willing to talk to whoever for whatever period of time about their thoughts on the game. This is why we watch sports, I thought. This is the sort of game you remember forever.

And then, I fell asleep at halftime.

If you're a sports fans on the East Coast with a day job, you're probably nodding your head in agreement right now. And if you're a West Coast transplant, you're probably nodding a bit more furiously. Because keeping up with West Coast sports (football exempted) is a mostly hopeless affair on the East Coast. The games start impossibly late, regularly at 10:30 p.m. ET, which means in theory you need to stay up until 1 a.m. to make it through a full home game of your West Coast team of choice. In reality, it means something much worse for those of us who need sleep: No longer truly following your team in live time.

Nights like this past Monday have become routine in my time on the East Coast. Every once in a while, I'll convince myself I can make it through a full West Coast game. Almost every time, I fail. I hate the winter, sure, but I hate not being able to watch West Coast NBA games more. I'm a diehard Los Angeles Lakers fan. Growing up, almost every game was an event worth clearing your plans for. Now, I'm a shell of my former fan -- a dreary-eyed adult that can't for the life of him stay up through the third, ignoring entirely the question of whether the full game is a possibility.

To a lot of you, this will all sound stupid. But I'm certain there is a small subset of West Coast sports fans out there on the East Coast who feel similarly. When we moved East, we braced for the winter. What we didn't consider were those 10:30 p.m. ET starting times. And every year, they just feel later and later. 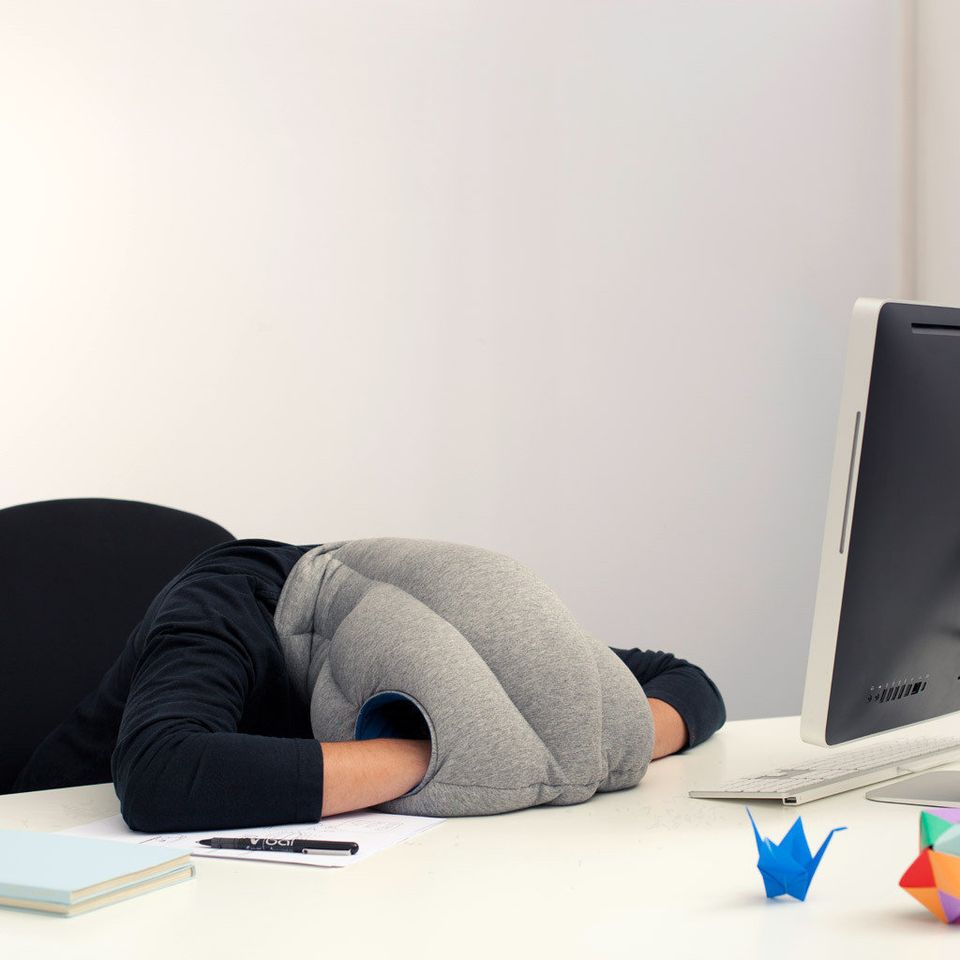 1 / 8
Ostrich Pillow
If you know someone who could use an afternoon nap (and can pull one off without making the boss mad), surprise them with the Ostrich Pillow. Not only does it block light and include convenient pockets for desktop resting, it's also sturdy enough to support sleeping sitting up. $99, <a href="http://OstrichPillow.com">OstrichPillow.com</a>
Ostrich Pillow