After months of bitter fighting between Ukraine's army and pro-Russian separatists in the country's east, a significant number of the region's residents have left their homes and sought calm elsewhere.

A November 2014 United Nations report revealed that roughly 450,000 Ukrainians fled from the violence-struck areas to other states since fighting intensified in April. Nearly 400,000 of them went to Russia.

Author Lev Golinkin explored in an op-ed published in the New York Times this week why some east Ukrainians have opted to seek refuge in Russia -- the country that is accused of having a strong hand in the separatist fight in the region.

Golinkin told HuffPost Live's Josh Zepps on Wednesday that many of the region's residents have cultural and linguistic ties to Russia and are increasingly distrustful of the West and the new Ukrainian government, in particular after Kiev made moves to curtail the use of Russian in the east of the country.

For a long time, Ukraine has been suppressed by Russia -- by Czarist Russia, by Communist Russia. What you see here is unfinished business. What you see is people who have risen up in western Ukraine who said, 'Enough. We've been oppressed. We've had our language suppressed. We are done with Russia.

Golinkin argued that as the new leaders in Kiev are trying to strengthen their national identity, they are attacking their own people in the process. "In turn, Russia is doing everything it can to put in propaganda to eastern Ukraine and say the people in Kiev are a bunch of Neo-nazis," Golinkin added.

After months of fighting, Ukrainian army troops and separatist fighters in eastern Ukraine briefly suspended operations on Tuesday for a "Day of Silence" that was aimed at reviving hopes of enforcing a ceasefire deal for the region that was initially agreed upon in September. However, the Ukrainian military accused the rebels late on Tuesday of having violated the temporary truce 13 times during the day.

The United Nations estimates more than 4,300 people have been killed in the conflict since February 2014.

PHOTO GALLERY
When Putin Was Popular

Why East Ukrainians Are Fleeing To Russia
When Putin Was Popular 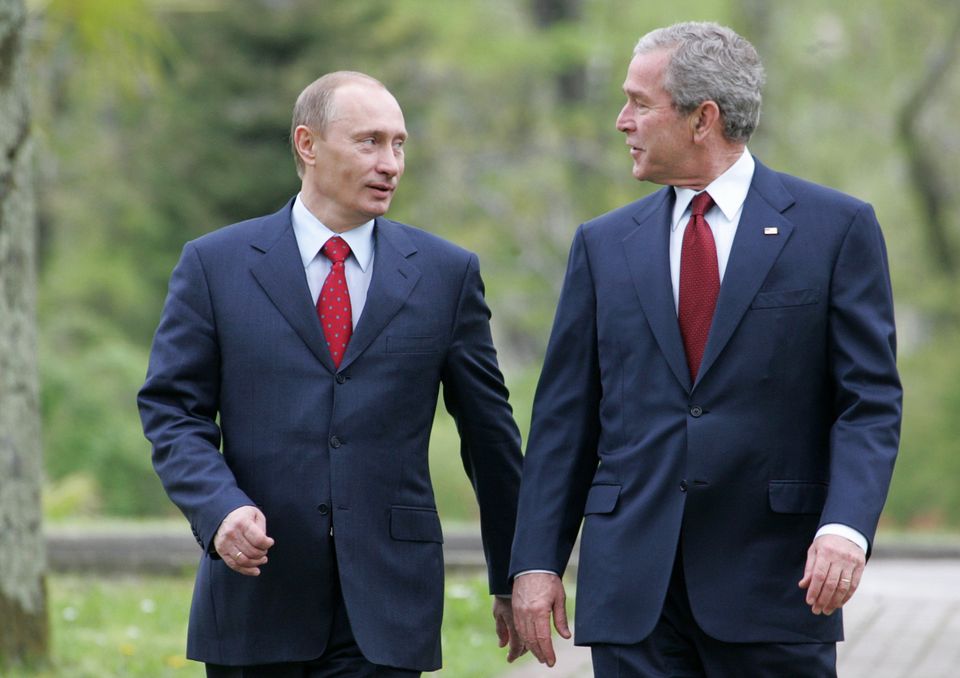