According to Robyn O’Brien, over the past few weeks, Americans have spent the equivalent of half the Food and Drug Administration’s budget on Peeps, chocolate bunnies, jelly beans and more.

That means about 90 million chocolate Easter bunnies, 700 million marshmallow Peeps, and about 16 billion jelly beans — enough to circle the Earth three times — were sold this Easter, according to the National Confectioners Association.

All of those bunnies, Peeps and jelly beans, along with lots of the other sweet treats, add up to about $2.3 billion dollars. That is half of the FDA’s $4.5 billion budget. I find that correlation very significant. To me, it shows that while many of us are asking the FDA to place bans and harsher rules on what is allowed in foods as far as artificial ingredients, but there are still many, many people who are willing to buy foods that contain these ingredients. Around holidays, these foods are purchased mainly for children in mass quantities. It’s certainly a mixed message we’re sending to the FDA, isn’t it?

Another problem is the leftovers. Not all of that candy gets eaten by the children who receive it. I know that much of the candy that was given to my children (not by me or my husband), will not get eaten. What are some options for leftover Easter candy? 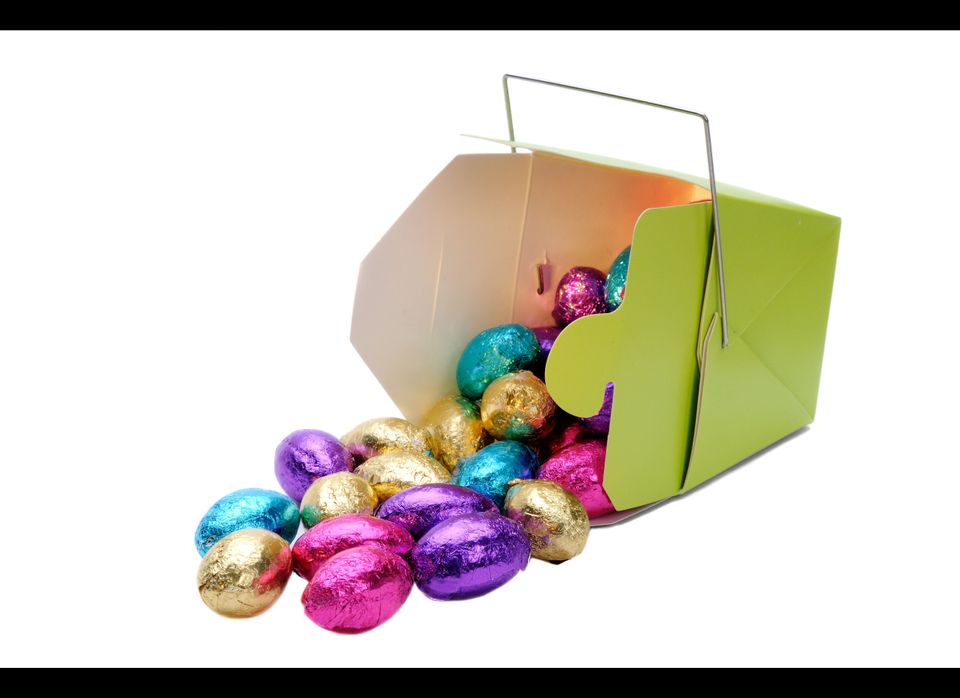 1 / 8
1. Donate It To Homeless Shelters.
Wrap up candy in treat bags and donate it to children who probably didn't get any Easter candy.
Alamy