Semana Santa celebrations across the world came to a close with the arrival of Easter Sunday, a major holiday in Latin America -- the region with the most Catholics in the world.

Pope Francis called for peace in the Middle East during his first Easter mass. Afterwards, he went for a ride in an open-topped popemobile, where one of his admirers left him with a distinctly Argentine gift. According to the Associated Press:

One admirer of both the pope and of the pope's favorite soccer team, Argentina's Saints of San Lorenzo, insisted that Francis take a team jersey he was waving at the pontiff. A delighted Francis obliged, briefly holding up the shirt, and the crowd roared in approval.

The faithful have marked Holy Week across the Hispanic world with colorful processions, reenactments of the death and rebirth of Jesus Christ, and, among some of the more traditional Catholics, rituals of self-flagellation.

See how Catholics across Latin America and Spain marked Easter and Holy Week in the slideshow above, and let us know how you celebrated the holiday in the comments. 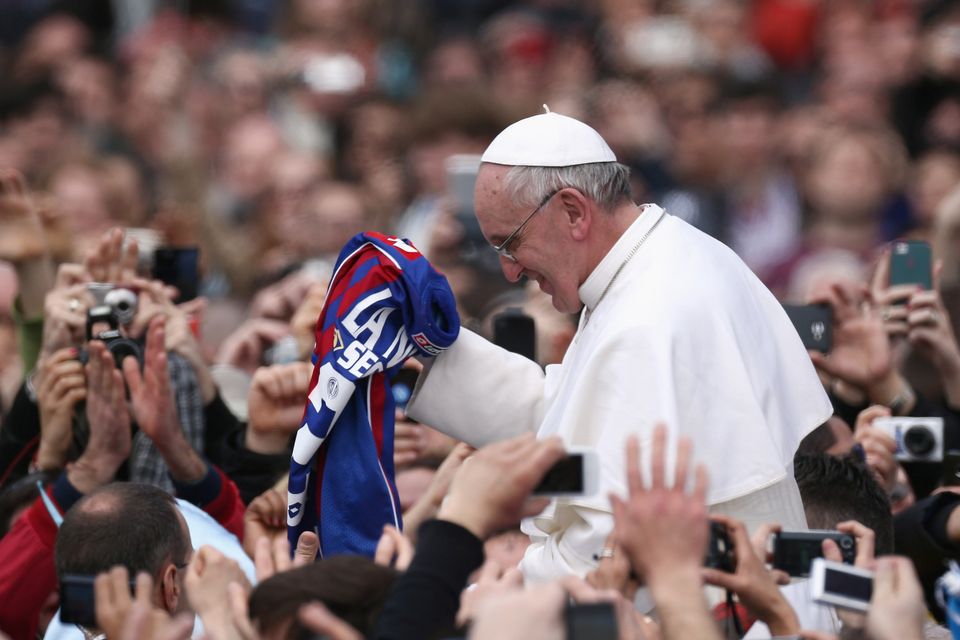 1 / 45
The Pope Gets a San Lorenzo Jersey
VATICAN CITY, VATICAN - MARCH 31: Pope Francis is given a San Lorenzo's shirt, the Buenos Aires football team as he greets the faithful prior to his first 'Urbi et Orbi' blessing from the balcony of St. Peter's Basilica during Easter Mass on March 31, 2013 in Vatican City, Vatican. Pope Francis delivered his message to the gathered faithful from the central balcony of St. Peter's Basilica in St. Peter's Square after his first Holy week as Pontiff. (Photo by Dan Kitwood/Getty Images)
Getty Images 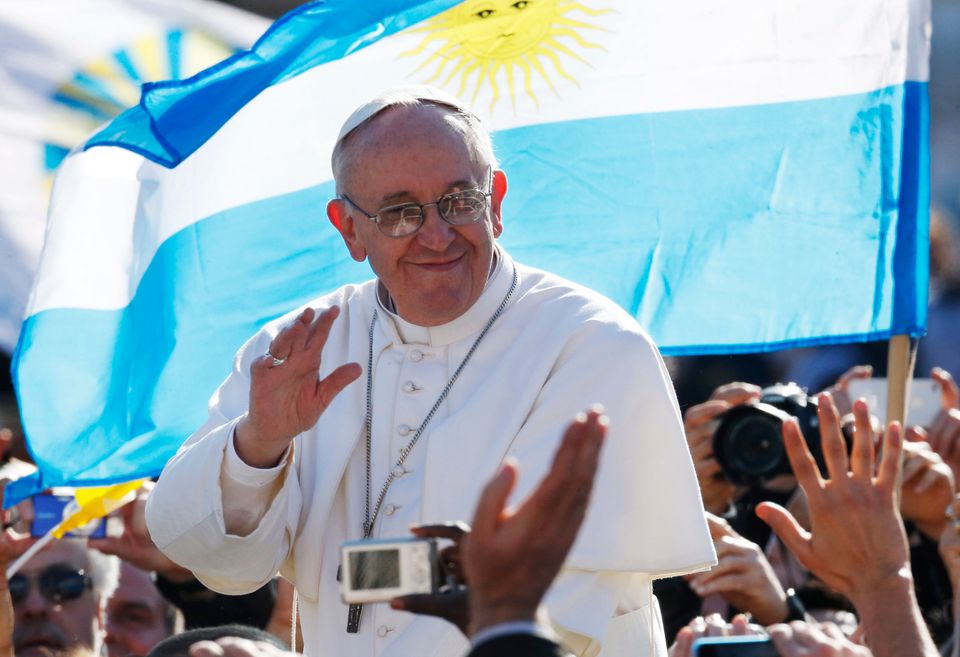 1 / 14
No More Pope Francis?
If your name is"Francisco" in Argentina or throughout Latin America, you're probably better known as "Paco" or "Pancho." Perhaps the new pope will be called "Papa Paco" or "Papa Pancho." It has a nice ring to it, don't you think?
AP