If you see someone talking to an empty chair today, don't worry -- they're probably just "Eastwooding."

Clint Eastwood spoke at the Republican National Convention in Florida last night, with a significant portion of his speech revolving around a conversation with... a chair.

BuzzFeed has some perfect examples of how to perform this act, if you're so inclined.

According to Mashable, some of the "biggest headlines" to come out of the Republican National Convention may in fact come from Eastwood's ten-minute chair speech (seen here). Whether that's depressing news to you or not, with one scan through social media sites like Facebook, Twitter and Tumblr you'll notice Eastwood certainly made an impact.

By the end of Eastwood's speech, the "invisible Obama" who sat in the wooden chair had its own Twitter parody account. The account had 40,000 followers by Friday morning.

Check out some of @InvisibleObama's tweets below:

When Mitt Romney says "Mr. Chairman", do you think he's referring to me?

Hey everyone. Share a picture of me when you get to work this morning. I'm IN YOUR CHAIR. #eastwooding

The "Invisible" account was momentary suspended around 9:30am this morning, with a post later stating that Twitter "took the invisible thing a little too literally." At the time of publication, @InvisibleObama was back up and running.

But the real President Obama (or at least his Twitter account) soon jumped into the internet activity. He responded to Eastwood's speech with the tweet below:

So go ahead, make Eastwood's day and tweet your own chair pictures to us at [@HuffPostTech]. Then check out what Ann Romney had to say about Eastwood's speech, and tell us how you feel about this new meme in the comments section. 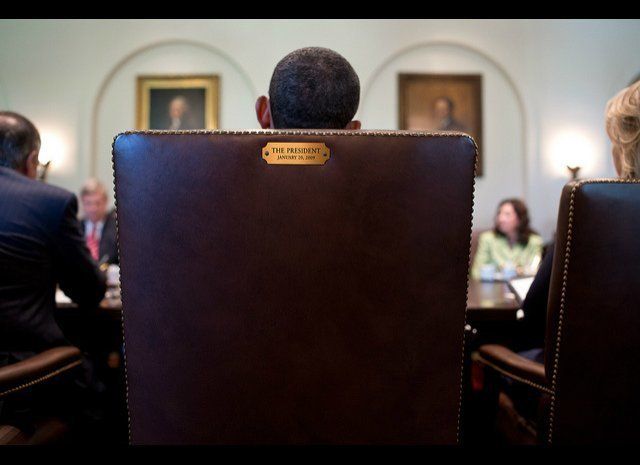