Pasta is generally considered one of the easier meals to cook. Boil water, cook pasta, make a sauce and voila: dinner. Stress free and satisfying.

What if we told you we had an even easier pasta recipe than your easiest of recipes? Because we do. We have found what is possibly the easiest pasta recipe in the world. One that requires only one pot for boiling the pasta and making the sauce. One that doesn't ask for any draining of scalding hot water. One that's loaded with andouille sausage, Parmesan and basil.

We have that recipe to share with you thanks to food blogger Damn Delicious. We know that this recipe defies everything we know about making pasta, but it works... like magic.

Here's how it's done: Load up the pot with ALL of the ingredients the recipe calls for -- check it out over here -- like so. 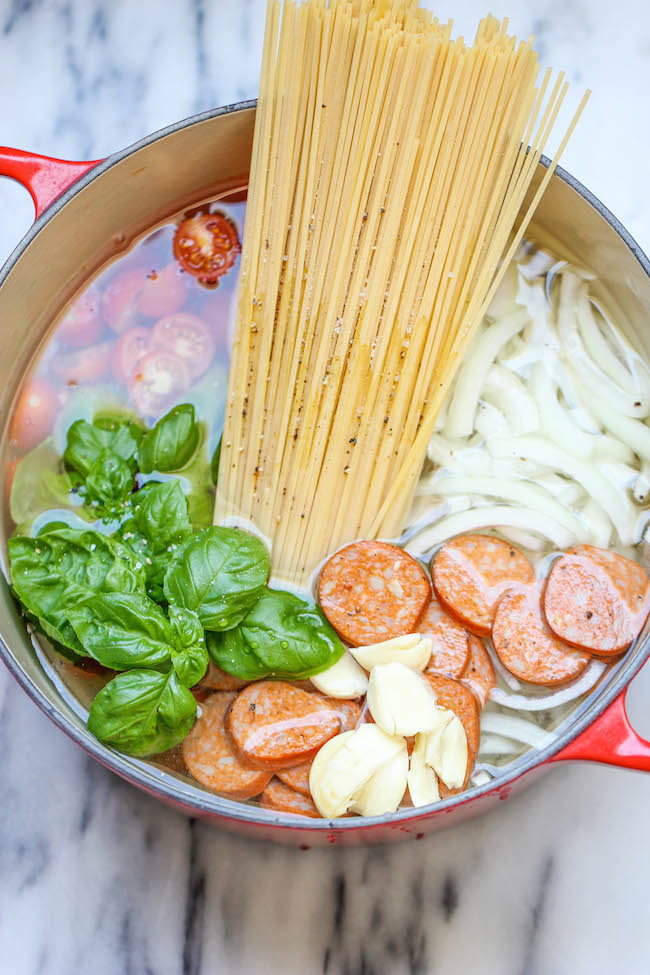 Bring everything to a boil. Leave it to simmer for 8 to 10 minutes and then EAT. Because this is what will be waiting for you in that big magical pot of pasta. Seriously, it's that easy. 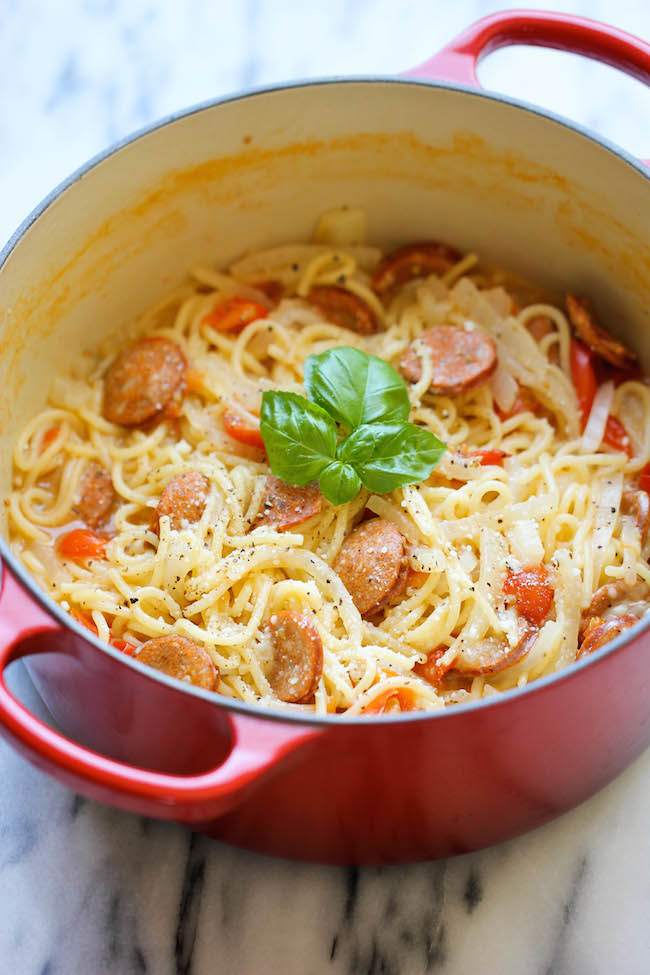 In case you missed it before, here's the recipe for the one-pot pasta recipe. It'll save you on the most hurried of nights. Bon appetit, guys!