We at HuffPost Taste think visiting a city without some input from locals is a tragic mistake -- there will be so many gems left unknown, so many unassuming spots undiscovered. And while it's difficult to visit a new city and try to eat as the locals do, it's worth giving it a shot. If you score even one local favorite, you're doing better than the tourists who don't care enough to go off the beaten track. To help you avoid living a life of regret, we've tapped into our incredible resources to find out where the locals eat in some of the best food cities in the world -- starting with Paris.

Thanks to the fabulous editors at Le Huffington Post in Paris, you can now visit the City of Lights and truly eat like a local. Don't expect to find strictly French food in their recommendations. Like any big city, Paris is home to a vibrant mix of international cuisines -- tacos and burgers are definitely on trend in Paris, and Parisians are frequenting everything from ramen joints to meatballs shops. In fact, in recent years classic French bistro food may have seen something of a decline. Thankfully, it is now seeing a revival, French restaurateur Bruno Verjus told American food critic Adam Platt.

Here are 14 places to visit if you want to eat like a local in Paris. 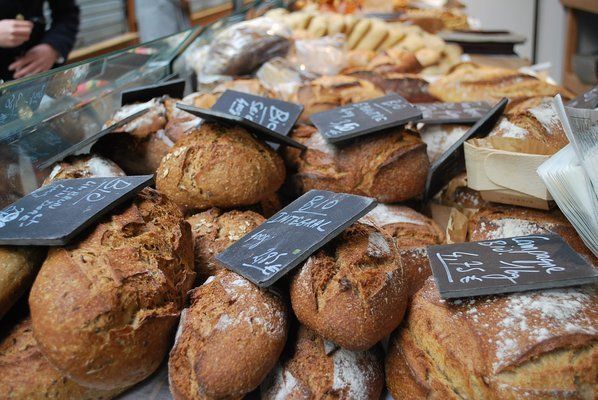 Yelp/Jeffrey C.
Le marché des Enfants Rouges is the oldest covered market in Paris. Built in 1615, it is a bustling and loud market and food hall in the Marais, where you can find pretty much anything you'd want to eat, from Lebanese food to Japanese. It may be visited by tourists, but that doesn't mean it's strictly a tourist destination. Locals love and frequent Le Marché des Enfants Rouges too.
2
Popelini 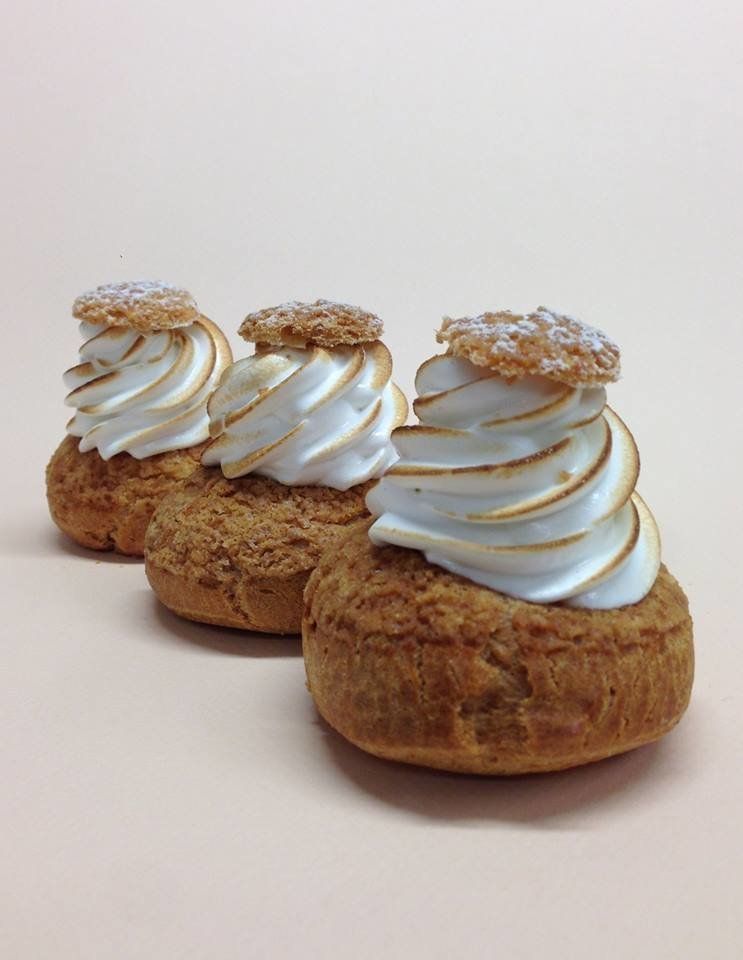 Facebook/Popelini
Popelini is a small pâtisserie where you can only buy cream puffs. The legendary cream puffs are one of the best things one of Le Huffington Post's editors have ever eaten in Paris. Need we say more?
3
L' Eclair de Génie 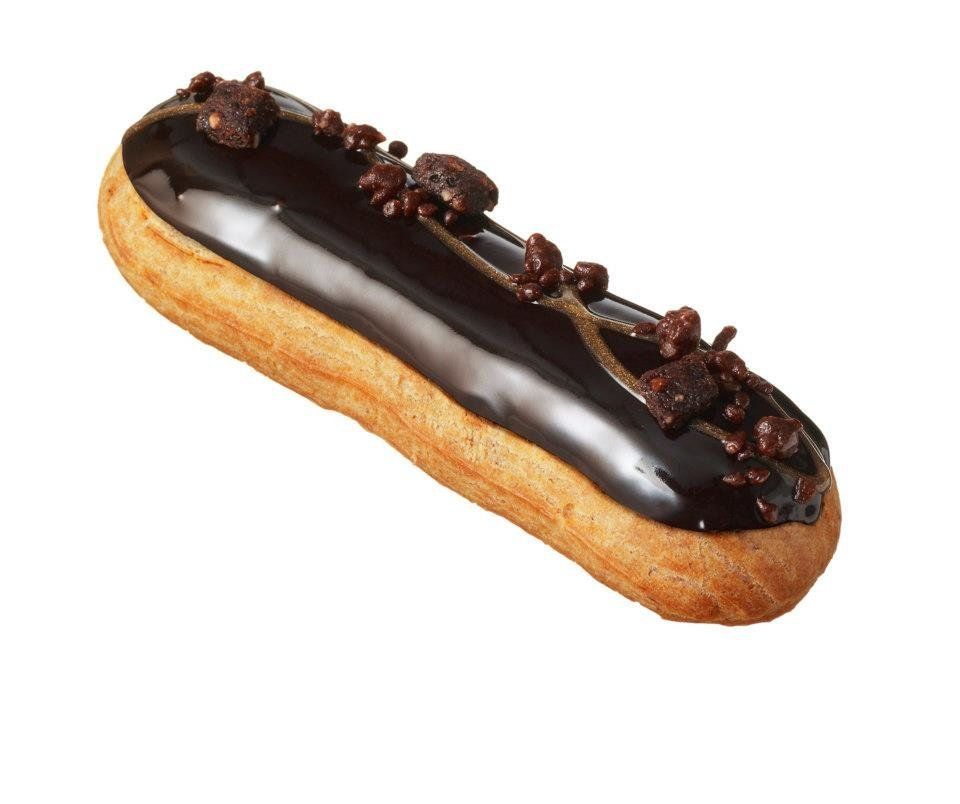 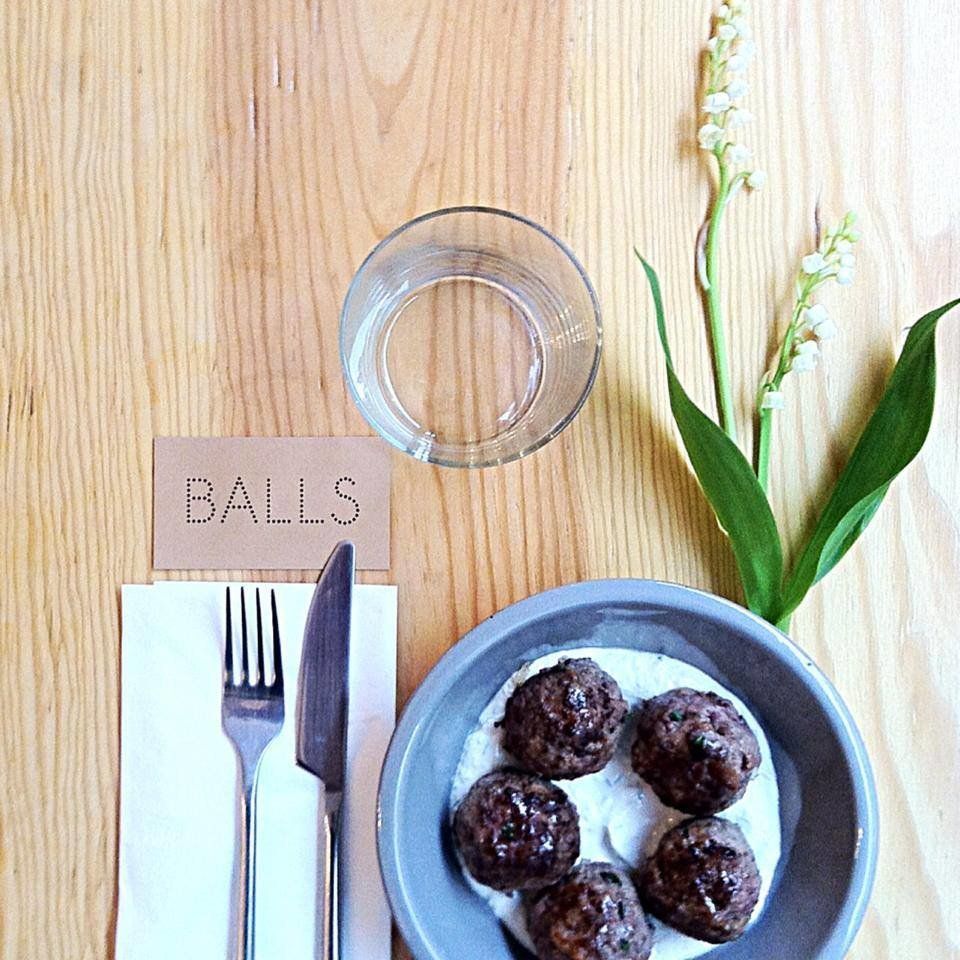 Facebook/Balls
There is a trendy new restaurant in Paris called Balls, it serves primarily meatballs, and we need to go there. Plus, the waiters wear T-shirts that read, "Eat My Balls," or so we hear.
5
La Candelaria 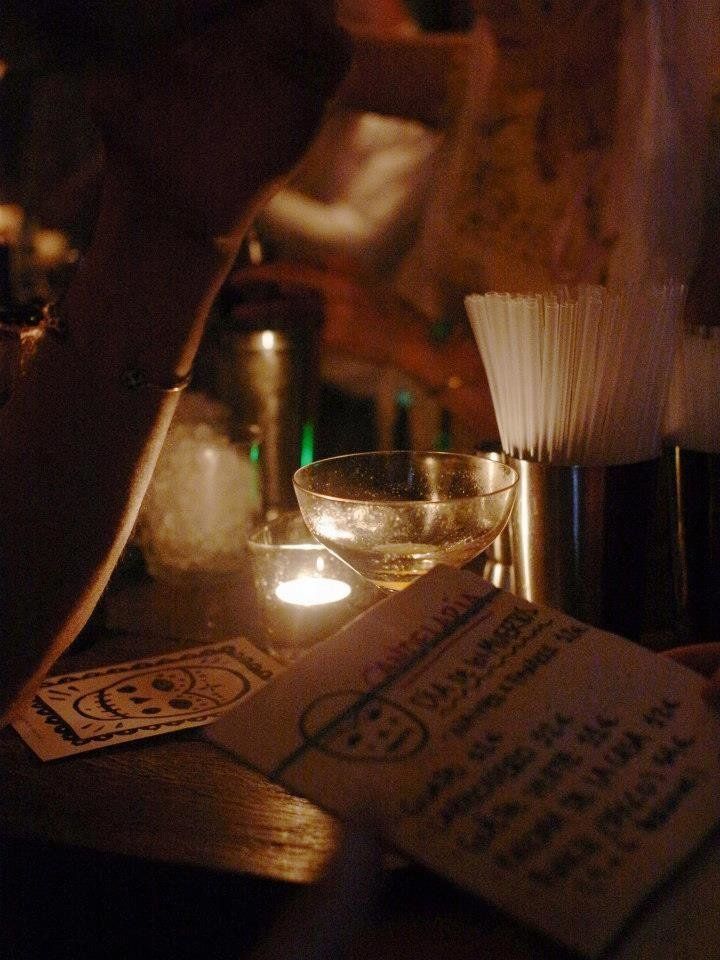 Facebook/Candelaria
If you're looking for a bar that's trendy with Parisians, head to La Candelaria. (You'll have to walk through a taqueria to get there.)
6
Chez Jeannette 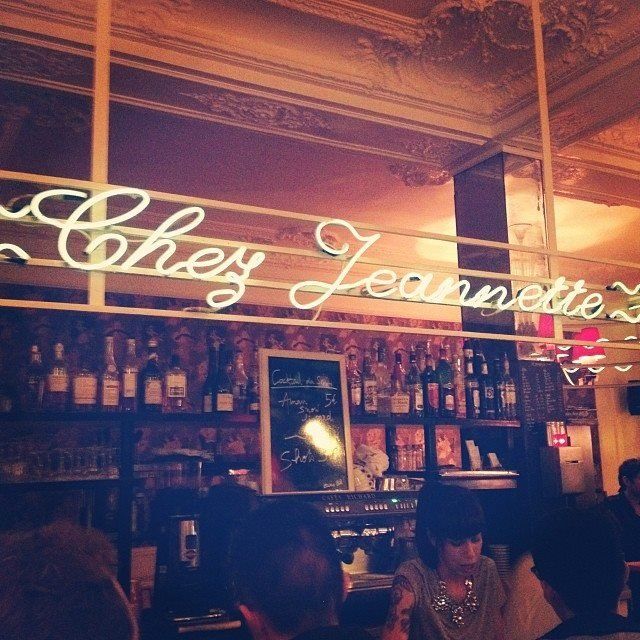 Facebook/Chez Jeannette
For French and Mediterranean cuisine favored by Parisians, Chez Jeanette is the place to go.
7
Dédé la frite 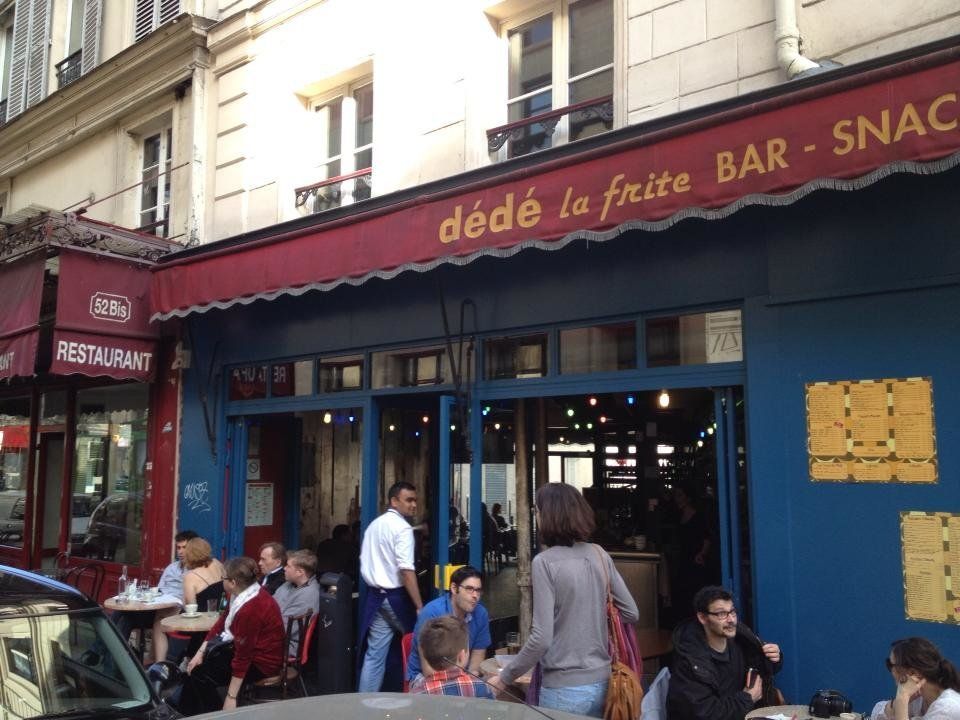 Facebook/Dédé la frite
Dédé la frite is where to go to get your French fry overdose. We're in.
8
Big Fernand 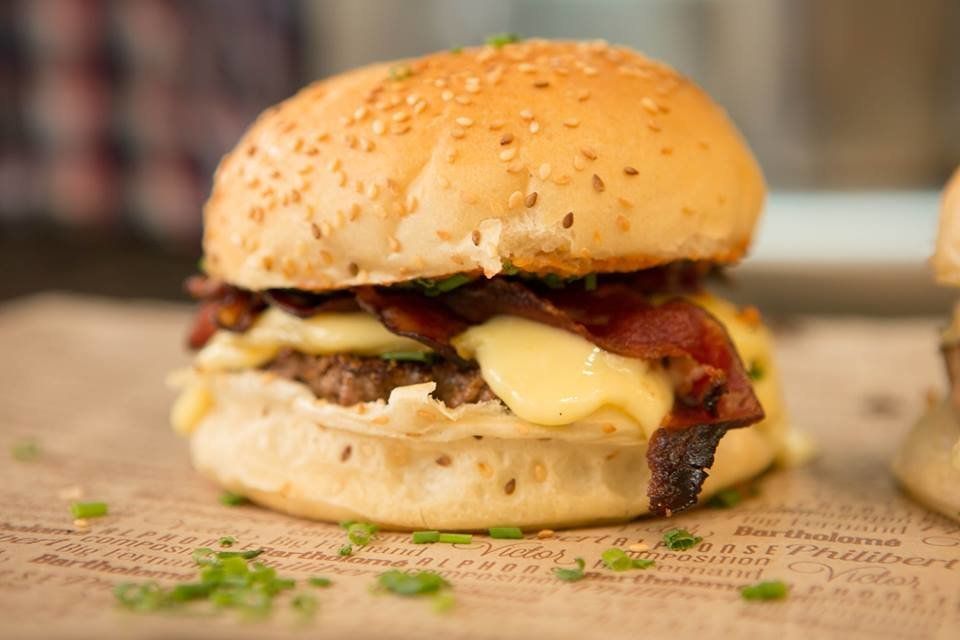 Facebook/Big Fernand
Burgers are trendy in Paris right now and one of the most popular places to get them is Big Fernand. There are five house burgers, or you can build your own in true American style.
9
Little Fernand 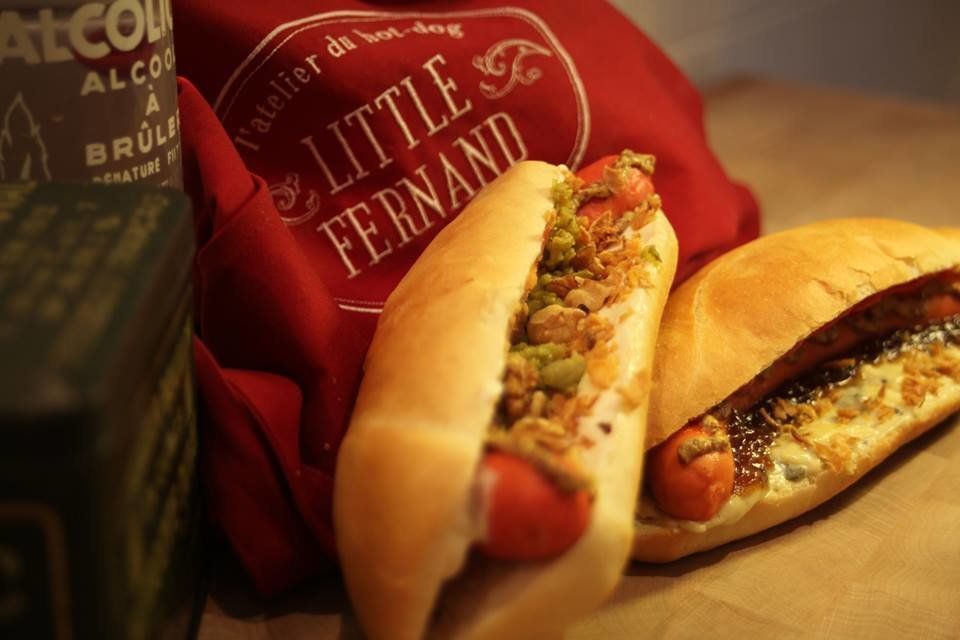 Facebook/Little Fernand
If you're looking for a hot dog, Big Fernand's little brother,Little Fernand, is here to fulfill your American dreams. You can also get a bag of chips, coleslaw, brownies and Dr. Pepper with your hot dog.
10
Racines 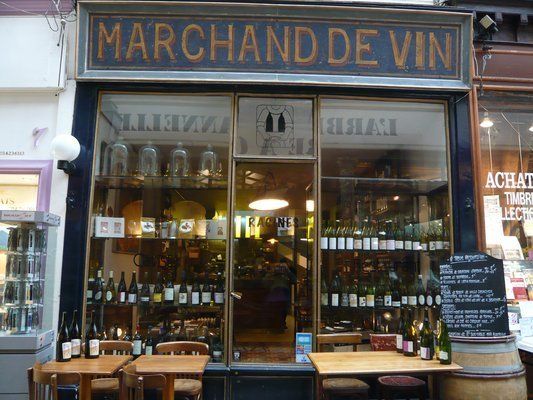 Yelp
A favorite Paris wine bar, Racines serves market-driven food with simple ingredients. It's situated in a 19th-century shopping arcade and is known for its natural wines. A location has just opened in New York City.
11
Pho 14 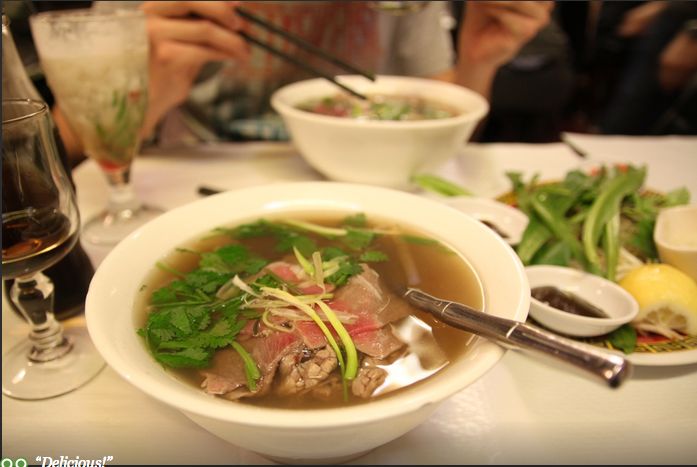 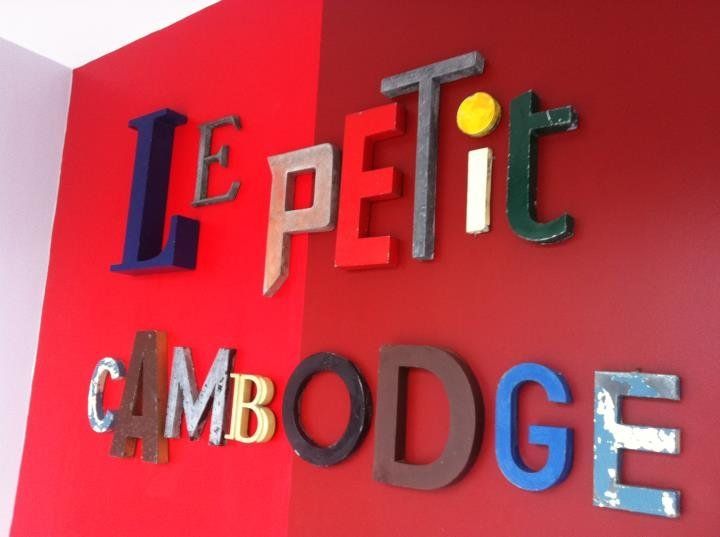 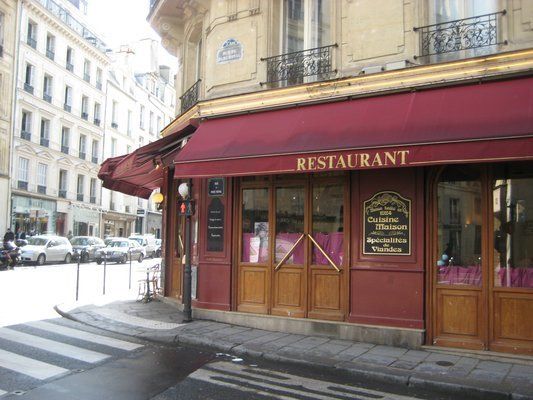 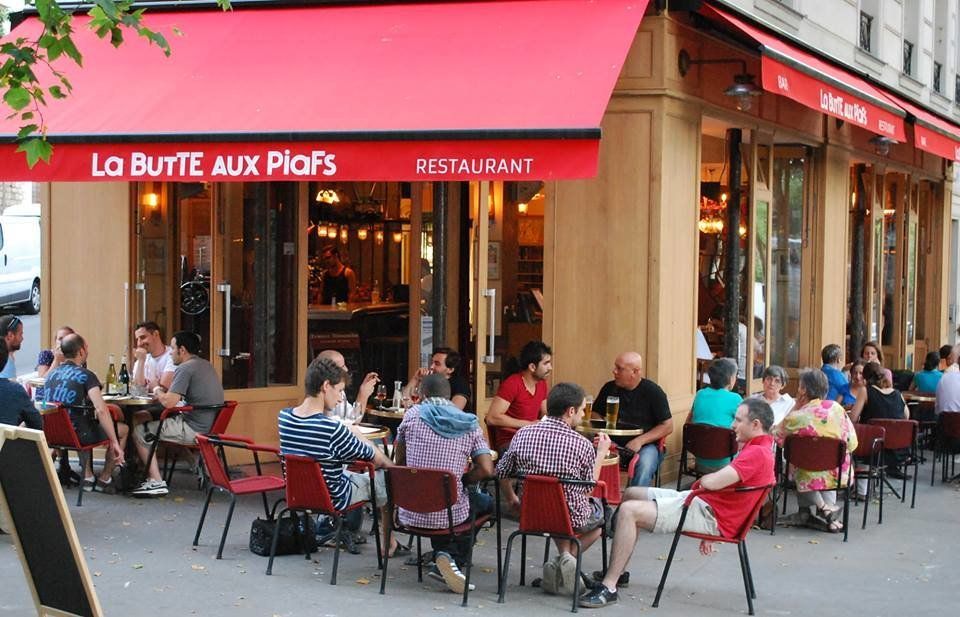 Facebook/La Butte Aux Piafs
La Butte Aux Piafs opened last summer and is already a favorite among local students who go to school in the area. One of our French editors tells us the bistro sells a special squid ink burger. 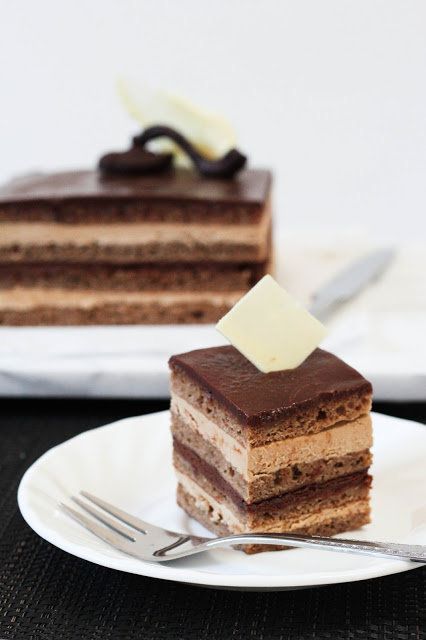