When it comes to recreational marijuana, forget the joint! People in Colorado—both Coloradoans and tourists—are enjoying cannabis in all kinds of new ways. "Most people don't want to smoke," says Troy Dayton, CEO of The ArcView Group, a private marijuana investment and market research firm based in Colorado. "I think that the future is not going to be smoking of cannabis. It's going to be all the other things. So there's a huge, huge boom in alternative forms of ingestion."

More from CNBC:
-- Open Vape: The e-cigarette of legal pot
-- Dabs—marijuana's explosive secret
-- The go-to guy: A conversation with a drug dealer

"People used to be afraid of edibles," says Bob Eschino, head of Incredibles, a Lakewood, Colo., marijuana chocolatier. "You would eat an edible one day, you would have a great time. You would eat the same edible from the same person the next day, and it would be way too much medication. Nobody tested anything."

Today, the law requires testing and consistency. Incredibles' product, for example, is tested for purity, potency and consistency at CannLabs in Denver. Another Denver lab, Herbal Synergy, tests product for At Home Baked, producers of cannabis-infused brownie and blondie mixes to bake at home.

PHOTO GALLERY
6 Ways To Get High Without Actually Smoking

CNBC and correspondent Harry Smith tell the story behind this controversial and stunning development and report on the exploding legal pot market. Watch "Marijuana in America: Colorado Pot Rush" on Wednesday, Feb. 26 at 10 p.m. ET. 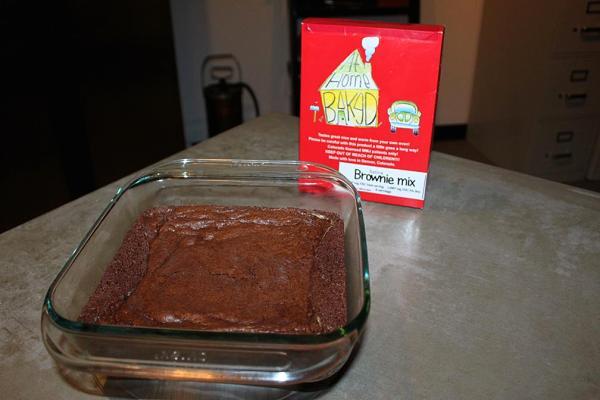 1 / 6
Cannabis baked goods
"We stink up our kitchen, so you don't have to stink up yours," says A.J. Ashkar, aka A.J. Hashman, owner of At Home Baked. Instead of selling packaged cookies or brownies, At Home Baked sells brownie, blondie and other mixes that people can bake in their own homes. Normally, says Ashkar, the activation of THC in the oven will create a smell that permeates the whole house. However, because his mix contains a packet of cooking oil infused with activated THC, Ashkar claims "the only thing you smell baking is brownies." These days in Colorado, though, baking anything with cannabis has become easier and more accurate. Most shops sell cannabutter as well as cannabis-infused cooking oil and a portion of either of these can be substituted for regular butter or oil in a recipe. Some quick math will help the chef figure out how much active THC will be in each serving. Ashkar recommends mixing the ingredients very thoroughly before baking, then cutting the finished product into equal parts.
At Home Baked