The group of 20 started with a canapé reception and led to a 7-course tasting menu put together by Keller and and Chef de Cuisine Timothy Hollingsworth (the 2010 James Beard Award winner for Rising Chef of the Year), which featured The French Laundry's famous "Oysters and Pearls" dish and their "Coffee & Doughnuts" dessert.

The only curious inclusion was a Sautéed Fillet of Atlantic Halibut dish. Atlantic Halibut (even wild-caught) is classified as "Avoid" by the Monterey Bay Aquarium's Seafood Watch and as an "Eco-Worst Choice" by the Environmental Defense Fund for being "extremely depleted." The French Laundry is a bit closer to the Pacific, whose Halibut happen to be classified as "Best Choice." It should be noted that Keller is otherwise one of the most thoughtful chefs in the country if not the world for the quality and level of sustainability of the ingredients he uses in his myriad restaurants -- many through direct relationships with some of the best farmers in the country.

Below is the menu for The French Laundry's Eat, Pray, Love dinner along with photos of two of the signature dishes. 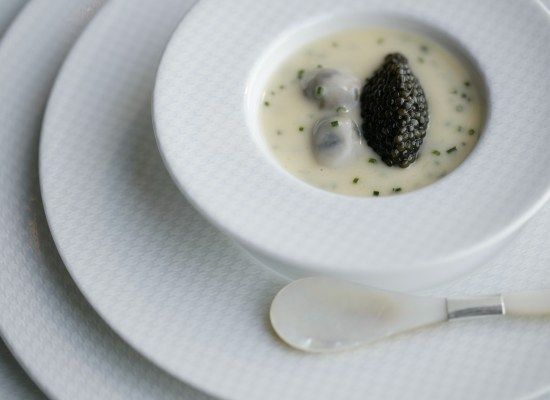 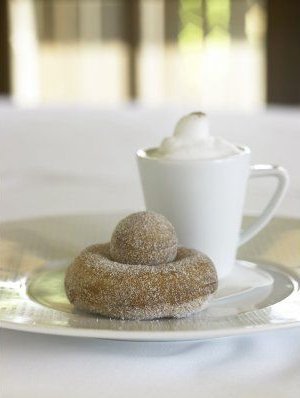 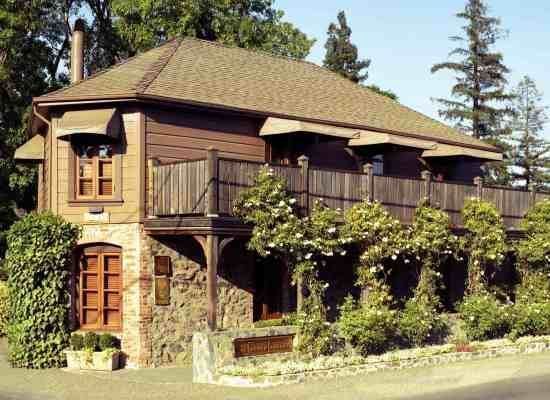 The French Laundry, in Yountville, California