Eating disorder survivors have come together for a powerful campaign to show that no road to recovery is the same.

Project Heal, a nonprofit organization dedicated to educating people on eating disorders and raising money for those affected who can't afford treatment, launched the social media campaign "Recovery Is" in 2014. Since then, the organization has received submissions from eating disorder survivors (both men and women) explaining what recovery means to them.

Liana Rosenman, co-founder of Project Heal, explained to The Huffington Post how the submissions had a transformative effect on the survivors, as well as people still fighting their eating disorder.

"To recover from an eating disorder, like any other mental disorder, is a lifelong battle," she said. "To have a group of men and women sending in their #RecoveryIs stories and successes began to inspire all those individuals still battling and fighting their eating disorder."

From embracing what makes them unique to "living in the moment," the survivors' definitions of the word "recovery" differed beautifully. As Rosenman pointed out, the focus on eating disorders connected the survivors, but each of their experiences were unique. Most importantly, the campaign proved that these survivors have a voice that deserves to be heard.

"Each individual narrative, although centered on their eating disorder, were all so different," Rosenman said. "All of these testimonials all began to shed light on the fact that recovery is possible and that each person has their own story and road to recovery worth sharing."

See what recovery means to 8 eating disorder survivors below. 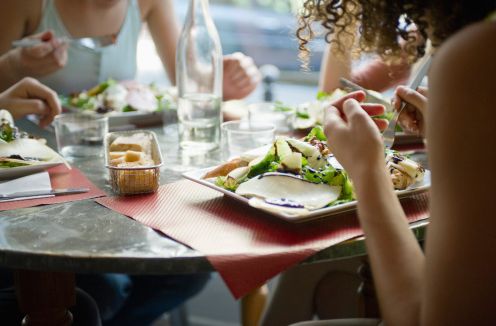