Eating at least three servings of whole grains a day could lower your risk of death, according to new research conducted at Harvard and published in the American Heart Association's journal, Circulation. While dietary guidelines have long included whole grains as an essential component of healthy eating patterns, people don't eat enough of them, according to the analysis. In the United States, average consumption remains below one serving a day, despite the long-time recommendation of three servings a day.

Fiber-rich whole grains, such as whole wheat, oats and brown rice, help improve blood cholesterol levels and lower the risk of heart disease, stroke, obesity and type 2 diabetes, the study noted. Dietary fiber can also make you feel full longer, so you may eat fewer calories and skirt the risk of obesity.

According to researchers, the death rates among those who consumed three servings (48 grams) of whole grains daily declined by 20 percent for total deaths, 25 percent for cardiovascular deaths and 14 percent for cancer-related deaths.

Low-carbohydrate diets that ignore the health benefits of whole grains foods "should be adopted with caution," according to the study, as they may be linked to higher cardiovascular risk and mortality.

The American Heart Association recommends a heart-healthy dietary pattern emphasizing fruits, vegetables, whole grains and other nutritious foods and specifically that at least half of grain consumption should be whole grains.

Researchers analyzed the diet of nearly 55,000 Danish adults and then tracked their health outcomes for more than 13 years. Those consuming the most whole grains per day lowered their risk of having a heart attack by as much as 27 percent over those who ate the least amount of whole grains per day. Increasing whole grain intake by just 25g per day was linked with a 12 percent lower risk of a heart attack. Among the different types of whole grains, rye and oats appeared to be especially protective. 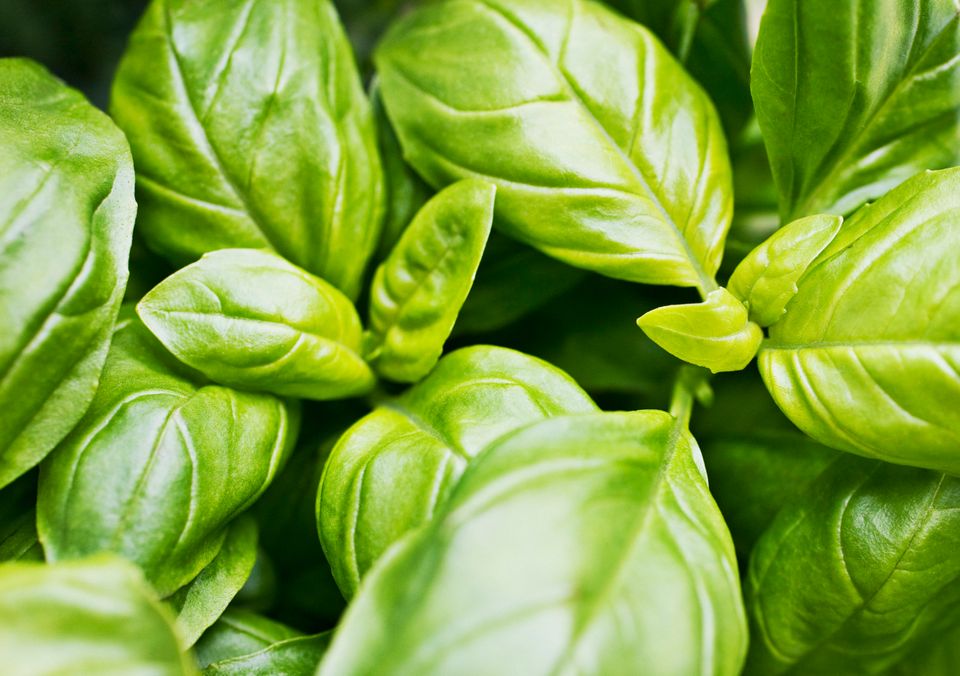 1 / 15
Basil
This herb is a little sweet and savoury, plus it adds plenty of flavour. Add it to sandwiches and sauces or use it as a fresh topping on your homemade pizza. Because of its high iron content it makes the perfect snack to eat during your period, as it <a href="http://www.health.com/health/gallery/0,,20500778_4,00.html" target="_blank">replenishes the iron lost during menstruation</a>, Health.com explains.
Tom Merton