The world's worst Ebola outbreak is far from over. While news about Ebola has all but disappeared from U.S. TV screens and social media in recent weeks, the deadly virus continues to wreak havoc in West Africa.

Ebola's spread has slowed in two of the worst-hit countries, Liberia and Guinea, and the World Health Organization (WHO) says the two nations have made progress in isolating patients. But experts caution that such gains are fragile and easily reversed. "There is no room for optimism as long as you are dealing with an Ebola virus," WHO assistant secretary-general Bruce Aylward said Monday. Meanwhile, the disease remains rampant in neighboring Sierra Leone. The economies of all three West African nations are still reeling from the crisis.

Peter Piot, one of the scientists who first discovered Ebola in 1976, warned last week that the epidemic could get worse before it gets better. "Let's not forget that this whole epidemic started with one person -- in other words, it will not be over until the last person with Ebola is dead or has recovered without infecting other people. That is the daunting task we face," Piot said.

The statistics on the Ebola outbreak listed below illustrate the scale of the ongoing health crisis in West Africa and remind us that it will take a global effort to defeat the deadly disease.

The number of weeks since 2-year-old Emile Ouamouno died of Ebola in Guinea. Researchers believe the boy was the first casualty in the current Ebola outbreak.

The number of people who have died in the outbreak as of Nov. 28, according to the WHO. However, WHO director Margaret Chan has warned that these numbers are a “vast underestimate” of the reality.

The number of cases reported as of Nov. 28, according to the WHO. Almost all of the cases, and all but 15 of the deaths, have occurred in the three worst-affected countries: Guinea, Sierra Leone and Liberia. 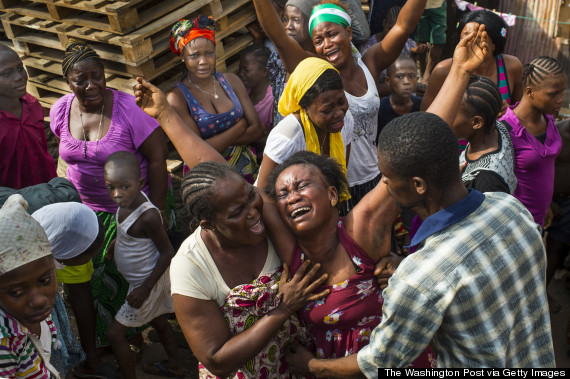 The number of countries in which Ebola has been diagnosed: Liberia, Guinea, Sierra Leone, Nigeria, Senegal, Spain, the United States and Mali.

The number of health care workers who have contracted Ebola as of Nov. 23. Some 333 medics have been killed by the virus in the three hardest-hit African countries. 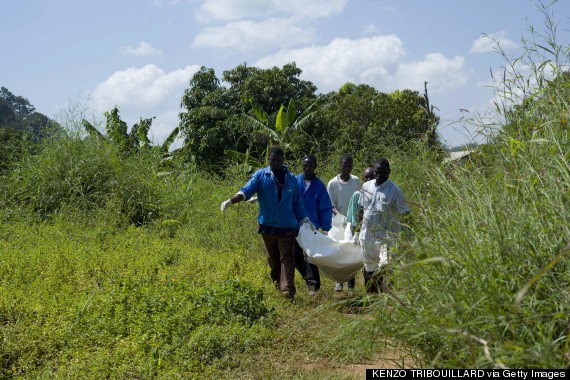 Guinean Red Cross workers carry the corpse of an Ebola victim in Patrice near Macenta on Nov. 21, 2014.

An estimate of the number of health care workers who went on strike at the only Ebola treatment center in south Sierra Leone last month to protest unpaid risk allowances. Burial workers have also gone on strike in the Sierra Leonean city of Kenema over non-payment of allowances and left 15 bodies outside the main hospital in protest last week.

The United Nations' estimate of the number of children orphaned by Ebola in Guinea, Liberia and Sierra Leone. “Orphans are usually taken in by a member of the extended family, but in some communities, the fear surrounding Ebola is becoming stronger than family ties,” UNICEF's West and Central Africa Director Manuel Fontaine pointed out.

The number of people who have received aid from the World Food Programme in Ebola-affected areas. Thousands of people are having to break quarantine restrictions in order to get hold of food, the umbrella aid group Disasters Emergency Committee warned last month. 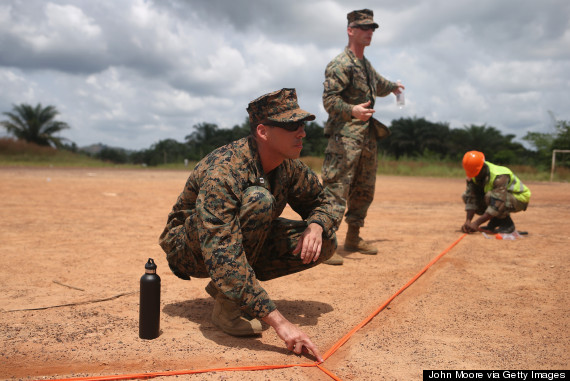 U.S. Marines and Liberian troops at the construction site of an Ebola treatment center on Oct. 11, 2014 in Tubmanburg, Liberia.

The total number of U.S. troops that the Pentagon expects to deploy to help combat Ebola in West Africa. By late November, around 2,200 U.S. troops had already been deployed to the region as part of Operation United Assistance.

The World Bank’s estimate of the economic cost of the Ebola outbreak to Sierra Leone, Liberia and Guinea in 2014 and 2015. The group's latest report, released Tuesday, warned that the health crisis would slow or wipe out economic growth in the worst-hit countries.

The World Bank's worst case scenario estimate of the cost of the Ebola outbreak to the regional economy.

The percentage of aid pledged by EU institutions to help combat Ebola that has actually been delivered, according to anti-poverty group ONE. Some 73 percent of American aid has been dispersed. Erin Hohlfelder, global health policy director at ONE told The Daily Beast: "Every day that goes by without these resources is a missed opportunity.”

1 / 17
Rigiatu Kamara (R), 38, who has recovered from the Ebola virus disease poses in her house in Kenema, Sierra Leone, on August 26, 2014. (Photo by Mohammed Elshamy/Anadolu Agency/Getty Images)
Anadolu Agency via Getty Images