In an effort to keep the virus contained, Fatumata Fofana was denied access to a hospital in July because she didn't have Ebola.

Amid being transferred to two different clinics, the pregnant Liberian woman developed medical complications while still in labor. Fofana and her baby died.

Unfortunately, Fofana's story is not uncommon in Liberia's capital city of Monrovia. Pregnant women without the virus are suffering the consequences of the region's increasingly detrimental Ebola outbreak, as the nation's overwhelmed health care system continues to buckle, The Washington Post reported. When compared to the summer months of 2013, Liberia experienced a 14 percent drop (52 percent to 38 percent) in infants delivered by a skilled birth attendant, according to the World Health Organization (WHO).

Chelsea Clinton addressed the shortage of care at Clinton Global Initiative last week, pointing out that Liberia, Sierra Leone and Guinea are particularly feeling the strain of limited resources amid the Ebola outbreak. 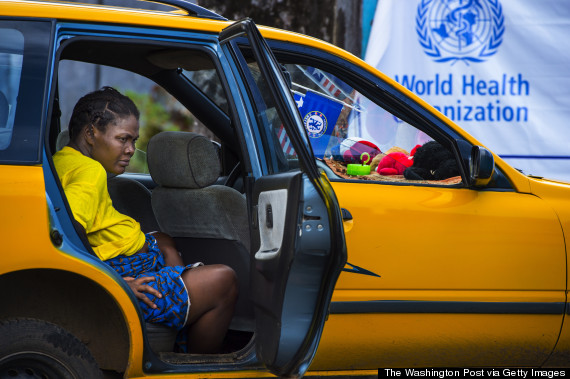 A woman, whose relatives say is pregnant, waits in the backseat of a taxi to see if she can gain access to the JFK hospital in Monrovia on Sept. 15. Most hospitals and clinics were closed for non-Ebola treatment. The closed facilities is an attempt to protect medical staff from Ebola. (Photo by Michel du Cille/The Washington Post via Getty Images)

According to WHO, 6,574 cases of Ebola have been documented in West Africa through Sept. 23, The Wall Street Journal reported. More than 3,000 people have died. And while some experts believe the virus is actually spreading relatively slowly, infection rates are undoubtedly increasing, compromising the care given to non-Ebola patients seeking attention.

Dr. Joia Mukherjee, chief medical officer at Partners In Health, a Boston-based nonprofit which will be sending health care workers to West Africa, told WBUR that medical facilities are "absolutely" forced to turn patients away because of a lack of resources.

"What’s happening is the general collapse of the health care system because physicians and nurses and other health workers are staying home," she told WBUR. "They feel unprotected and unprepared to deal with this — and they are." 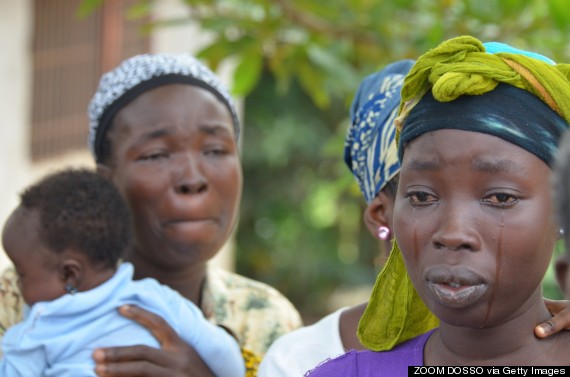 A woman cries after the death of her husband, a victim of the Ebola virus, on September 12, 2014 in Monrovia. (Photo credit should read ZOOM DOSSO/AFP/Getty Images)

International efforts are struggling to keep pace with the region's growing infection numbers. The newest Ebola clinic to set up shop in Monrovia filled to capacity immediately after opening last week, as all 120 beds were filled within hours, CBC News reported.

“It’s a drop of water in an ocean,” WHO spokesperson Pieter Desloovere told the news outlet of the new facility. “The demand is so huge.”

Women have been disproportionately affected by the Ebola outbreak since it began, experts have said, as females are more likely to be in close proximity to the virus — the majority of health care workers are women, and women are often the ones treating ill family members.