Grim news emerged in the battle against Ebola on Friday as the World Health Organization announced that more than 4,000 people have died from the disease since the outbreak began. Most cases were recorded in Liberia, Guinea and Sierra Leone. The U.N. special envoy for Ebola, David Nabarro, explained the number of cases is probably doubling every three-to-four weeks and warned that it will be impossible to quickly combat the disease without mass mobilization of international support.

Photographers John Moore and Mohammed Elshamy have been working on the front lines of the fight against the disease, documenting its brutal effects on patients and their loved ones in West Africa. Their gut-wrenching pictures from the Liberian capital Monrovia reveal the devastating impact of the disease. 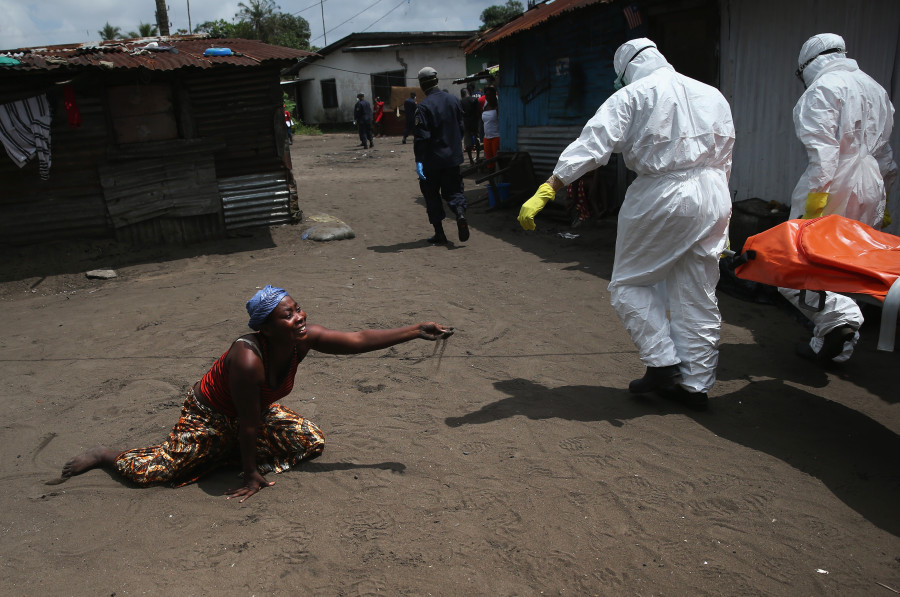 A woman throws a handful of soil towards the body of her sister as Ebola burial team members take her Mekie Nagbe, 28, for cremation on October 10, 2014 in Monrovia, Liberia. Nagbe, a market vendor, collapsed and died outside her home earlier in the morning while leaving to walk to a treatment center, according to her relatives. The burial of loved ones is important in Liberian culture, making the removal of infected bodies for cremation all the more traumatic for surviving family members. (John Moore/Getty Images) 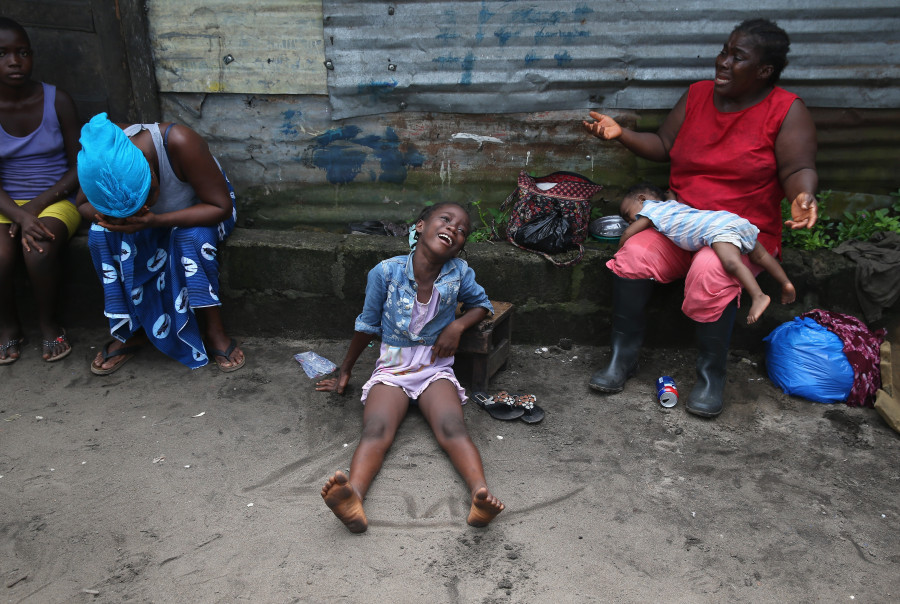 Sophia Doe (R), and her grand daughters Arthuneh Qunoh (C), 9, and Beauty Mandi, 9 months (2nd R) weep as an Ebola burial team arrives to take away her daughter Mekie Nagbe, 28, for cremation on October 10, 2014 in Monrovia, Liberia. The children seen in the photo are daughters of the deceased. (John Moore/Getty Images) 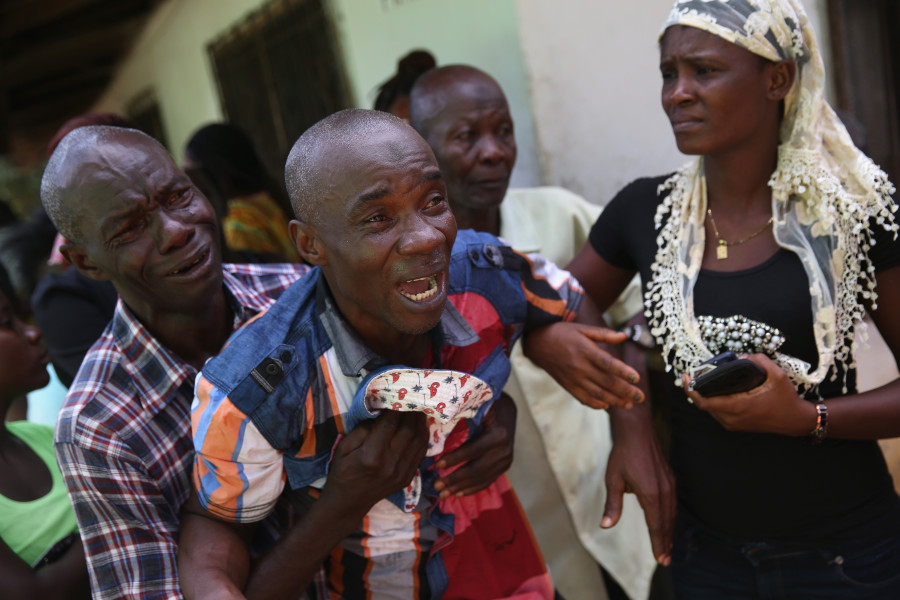 Varney Jonson, 46, grieves as an Ebola burial team takes away the body of his wife Nama Fambule for cremation on October 10, 2014 in Monrovia, Liberia. He and his family said that she had been sick for more than a year with an undiagnosed illness and protested her body being taken away as an Ebola victim. (John Moore/Getty Images) 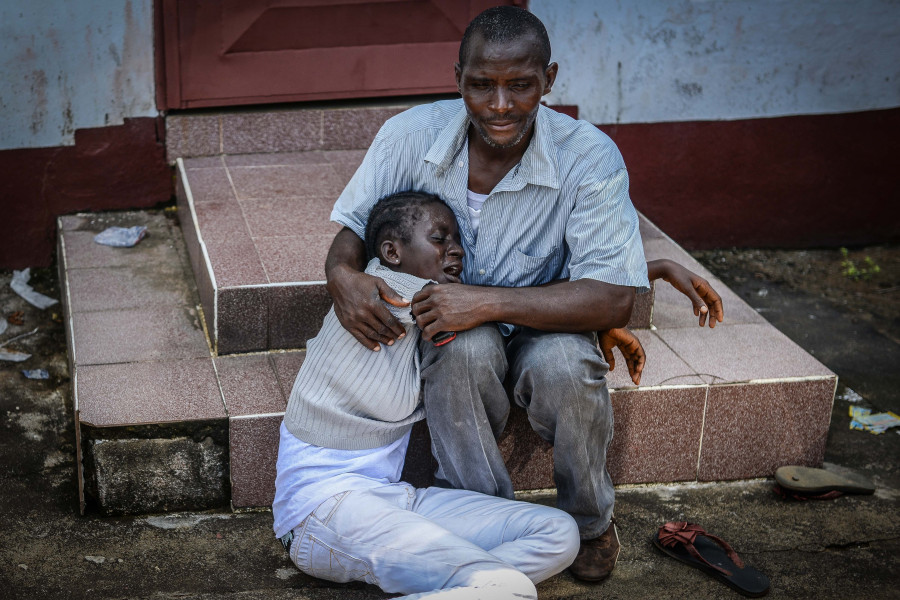 Relatives of Hanfen John who died due to the Ebola virus, mourn for him in Monrovia, Liberia on 10 October, 2014. (Photo by Mohammed Elshamy/Anadolu Agency/Getty Images) 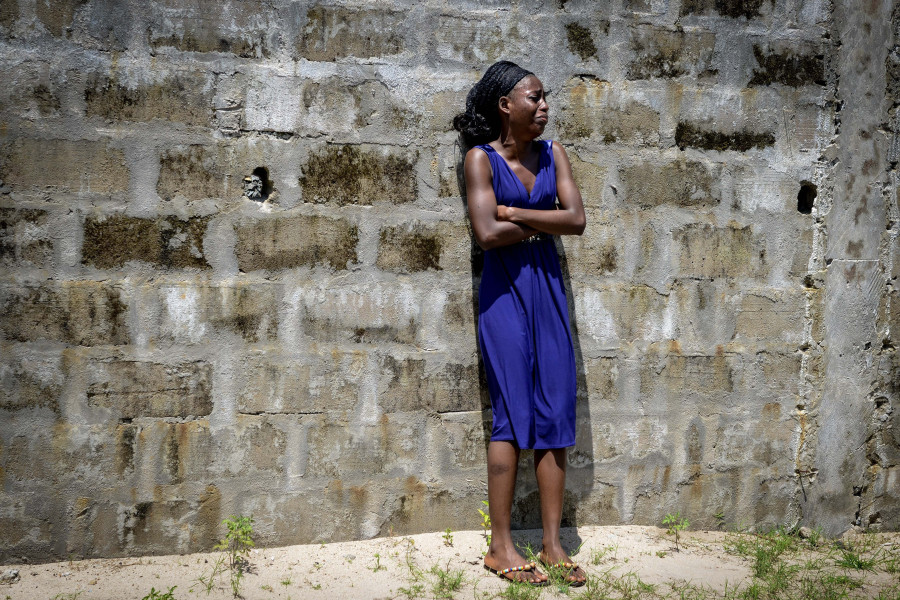 Relative of Hanfen John who died due to the Ebola virus, mourns for him in Monrovia, Liberia on 10 October, 2014. (Photo by Mohammed Elshamy/Anadolu Agency/Getty Images) 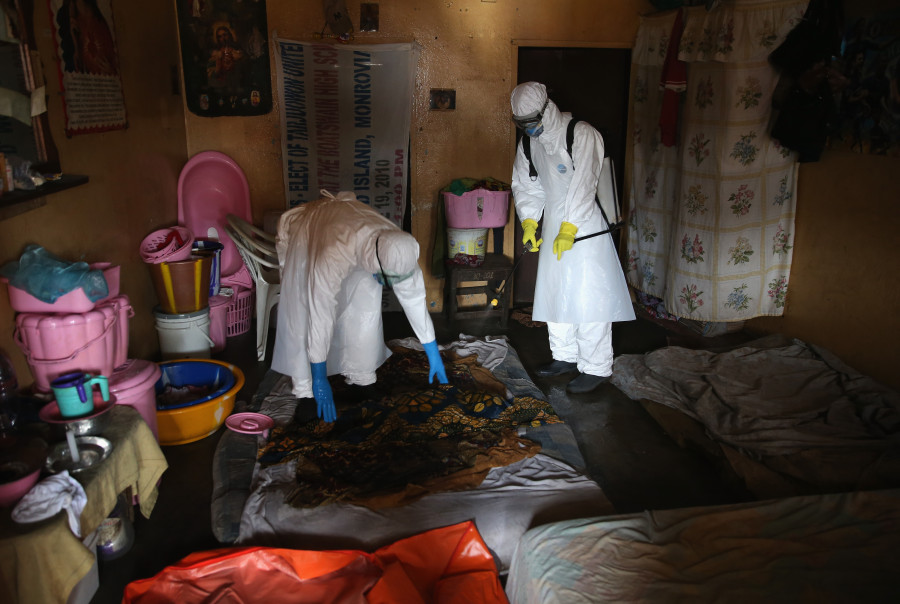 An Ebola burial team collects the body of a four-year-old girl from a one-room apartment on October 10, 2014 in Monrovia, Liberia.(John Moore/Getty Images) 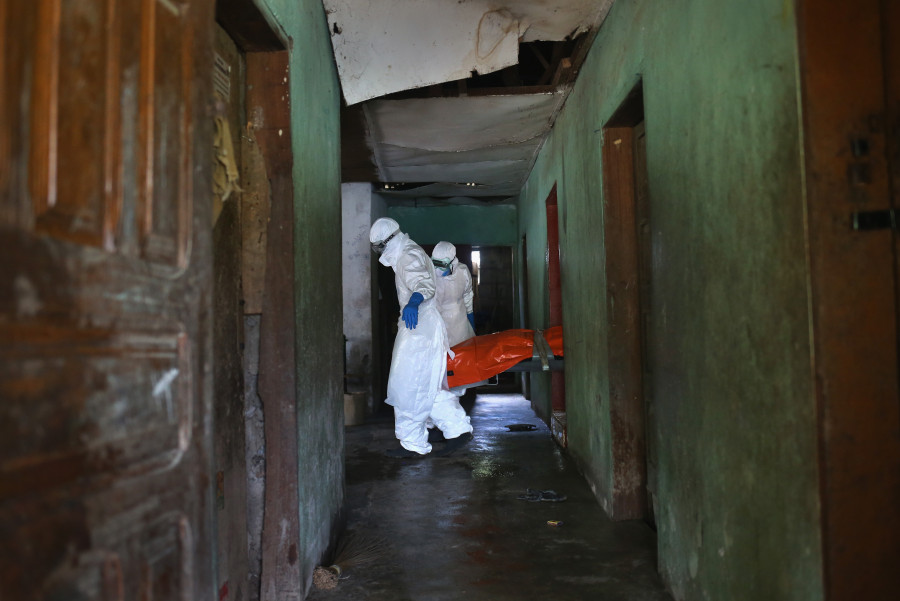 An Ebola burial team, dressed in protective clothing, carries the body of a woman, 54, from the bedroom where she died in the New Kru Town suburb on October 10, 2014 of Monrovia, Liberia. (John Moore/Getty Images)