An artist is revealing to Ebola patients the human beings behind the protective masks.

Mary Beth Heffernan, a professor at Occidental College in Los Angeles, California, recently returned from a trip to Liberia, where she had been implementing the PPE (Personal Protective Equipment) Portrait Project, according to the school's website. The artist photographed the faces of more than 100 Ebola healthcare workers, and taped the photos to the front of their protective suits in an effort to make them appear less intimidating to patients, she told The Huffington Post in an email. 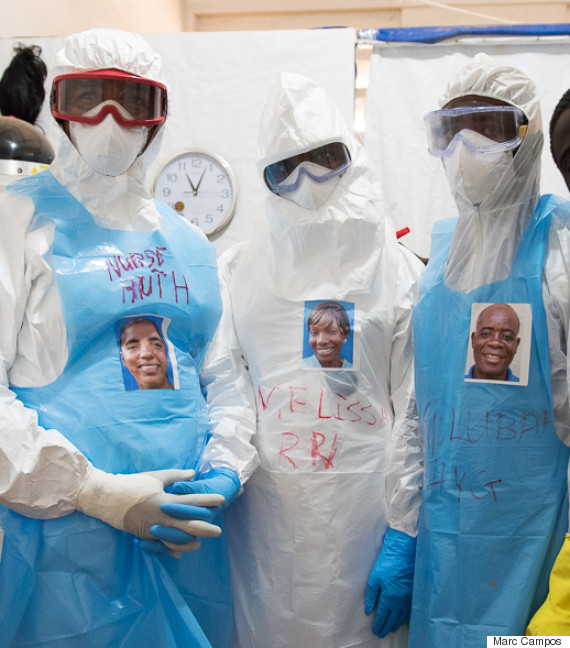 The simple idea seems to already have had an effect.

"The response from patients has been unequivocally positive," Heffernan told HuffPost. "Every patient polled expressed deep appreciation for the labels, with comments like, 'I like that I can see who is taking care of me,' [and] 'I had no idea what you looked like before now.'" 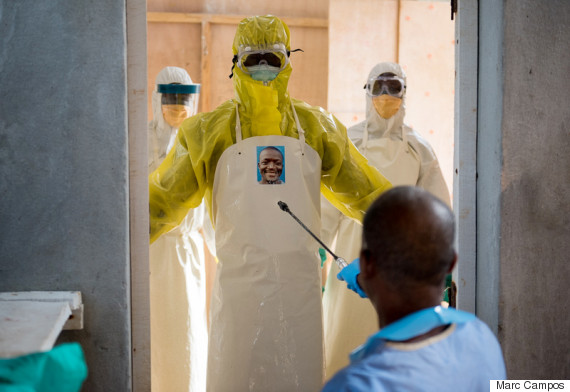 Heffernan explains that it's important for patients to see the faces behind the PPE. Because they must stay isolated from others during treatment, people who have Ebola often long for human connection.

"The harm of not seeing a human face for days on end cannot be underestimated," Heffernan said, according to Occidental College's website. "At a moment when patients are experiencing abject physical suffering, the isolation, terrifying facelessness and lack of touch make them feel abandoned by humanity."

With the help of a $5,000 grant from the Arnold P. Gold Foundation, the artist aimed to remedy this, and traveled to Liberia, setting up photo-printing stations at treatment facilities. By the time she left, she had set up two stations, which are still in use, and left a printing kit with the Liberian Ministry of Health's Case Management team to be used wherever it was needed, LA Weekly reported. 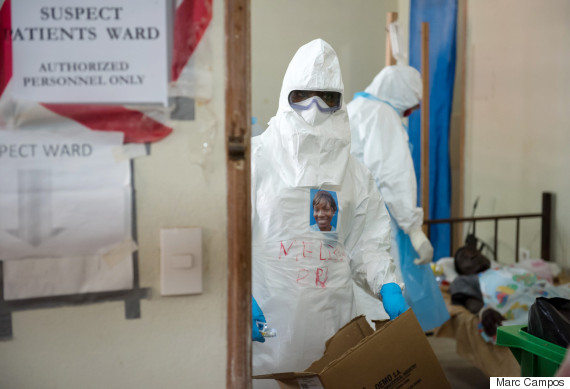 Heffernan says that her work was just an easy way to establish some trust between patients and health care workers.

"It's not a sophisticated response," she told NPR, adding, "It's almost stupidly simple."

The artist told HuffPost that after seeing the positive feedback from her project, she hopes that going forward, her idea can be integrated into the PPE protocol.