Many people who survive an Ebola infection experience appetite loss and joint pain for months after they are declared free of the virus, although nearly half say they feel they've made close to a full recovery, according to a new study of more than 100 survivors of the disease.

But in addition to causing physical symptoms, Ebola often leaves a lasting impact on people's social lives and mental health, with nearly all survivors reporting social rejection and a loss of self-confidence, the study found.

"Our findings highlight the need for continued surveillance among survivors of Ebola virus disease," the researchers, from Donka National Hospital in Guinea, wrote in the June 9 issue of the journal Clinical Infectious Diseases. "In countries where psychiatric and psychological care may be limited, provision of such care may require additional resources and awareness."

Little is known about the long-term effects of Ebola, but such information is important for providing support for survivors of the current Ebola outbreak in West Africa, the researchers said.

It's not known exactly how many people have survived Ebola, but data from the Centers for Disease Control and Prevention suggest there are about 16,000 survivors. The agency does not track survivors directly, but says there have been an estimated 27,000 cases and 11,000 deaths from the disease during the current outbreak in West Africa.

In the new study, the researchers surveyed 105 Ebola survivors who were treated at a hospital in Guinea, and released between March and August 2014. On average, about three and a half months had passed between the time the patients were released from the hospital and when they took the survey.

About 87 percent of survivors reported joint pain, 46 percent had back pain, 31 percent chest pain and 27 percent muscle pain. [How Do People Survive Ebola?]

"It seems that people are troubled by continuing symptoms," even months after their illness, said Dr. Jesse Goodman, an infectious-disease expert and a professor of medicine at Georgetown University Medical Center in Washington, D.C., who was not involved in the study.

"The good news is more and more patients are surviving [Ebola]," Goodman said. "But [the study] does indicate the need…for continued care and attention to how the survivors do, and to helping the survivors," he said.

Further studies of people who have lived through the current Ebola outbreak may help researchers understand more about what causes these long-term symptoms. The virus itself may damage tissue, and the body's immune system — which releases certain chemicals to respond to the virus — can make people feel sick after any infection, Goodman said.

Interestingly, none of the patients in the new study reported vision loss, although there have been previous reports of Ebola survivors experiencing vision problems. In one case, the American doctor Ian Crozier, who contracted Ebola in September 2014, nearly lost his vision as a result of the Ebola virus lingering in his left eye. The National Institutes of Health plans to carry out a larger study of 1,500 Ebola survivors, which should reveal more about how common these eye problems are, Goodman said.

"In disasters, we tend to focus on the very immediate effects, and on the loss of life," Goodman said. "But sometimes it's the long-term, psychological, social and community consequences...that can have as much or more impact," Goodman said.

Still, there have been promising reports of communities asking survivors to help with the Ebola outbreak response, Goodman said. In Liberia, Ebola survivors have helped train health care workers; and in Guinea, some survivors spoke with the community about how to prevent the spread of the disease.

"It can really help both the community and the public health response," when Ebola survivors get involved, Goodman said. In addition, helping can also benefit the survivors. "When people are engaging in helping others, they often help themselves, too," he said.

PHOTO GALLERY
The Survivors: Portraits Of Liberians Who Recovered From Ebola

Ebola's Most Disturbing Impact On Survivors Is Social Rejection
The Survivors: Portraits Of Liberians Who Recovered From Ebola 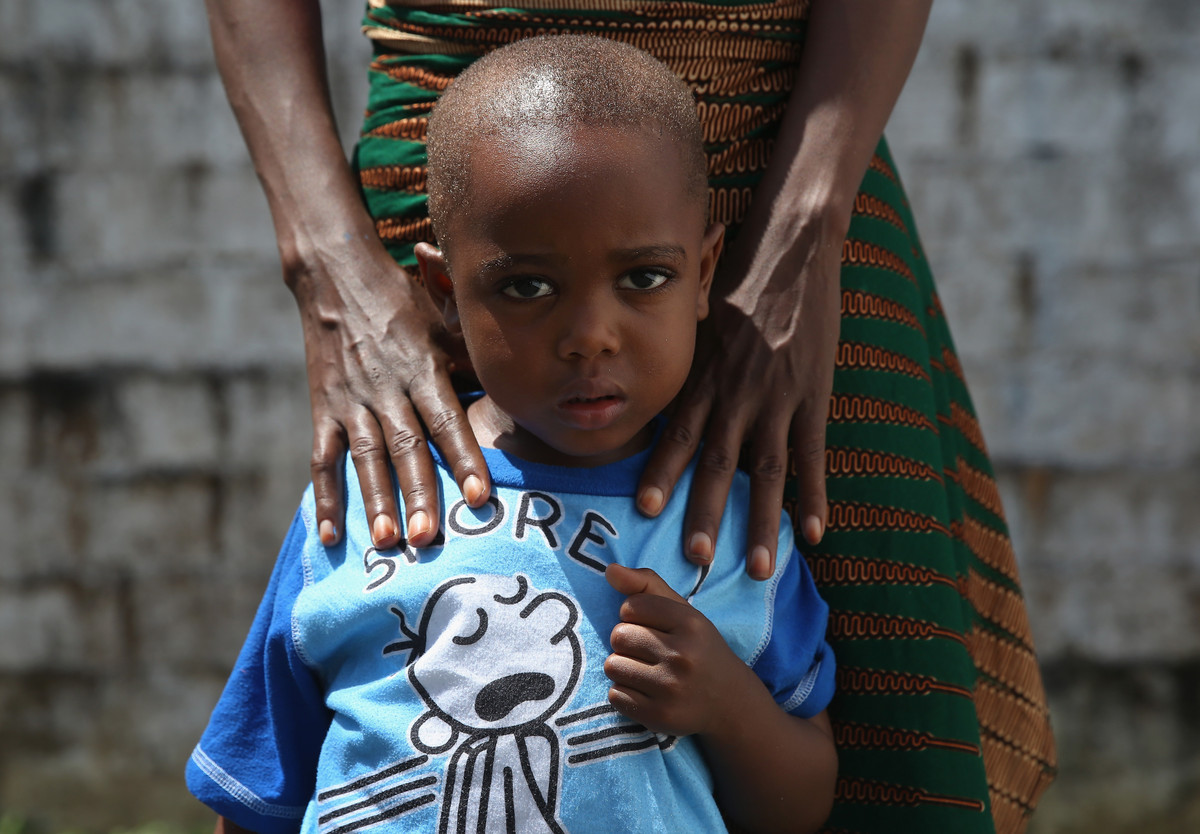 1 / 10
James and Tamah Mulbah
Ebola survivor James Mulbah, 2, stands with his mother, Tamah Mulbah, 28, who also recovered from Ebola in the low-risk section of the Doctors Without Borders Ebola treatment center, after a survivors' meeting on October 16, 2014 in Paynesville, Liberia.
John Moore via Getty Images