WASHINGTON -- What are the real risks of Ebola spreading to the United States? That was one of the topics at a congressional hearing Thursday on the deadly disease outbreak in West Africa.

The short answer is that the virus could be brought to U.S. shores by someone flying in from an affected nation, but that such an incident would be highly unlikely to spark a major outbreak in this country, said Thomas Frieden, the head of the federal Centers for Disease Control and Prevention.

First, the Ebola virus does not transmit easily, unlike a cold or flu virus, and people who have contracted it but are not yet sick are not dangerous.

"You're not going to get it from someone who is not sick from Ebola," Frieden told the House Foreign Affairs Committee. He explained that the disease is transmitted though close contact and exchange of bodily fluids, which is why in Africa the two main avenues of infection have been in health care settings and in funerals where there is significant contact with the recently deceased, who remain highly contagious.

Second, although an Ebola-infected person not yet showing symptoms could certainly arrive in the United States and subsequently fall ill and infect another person, Frieden said U.S. medical facilities are well-prepared to deal with the illness. 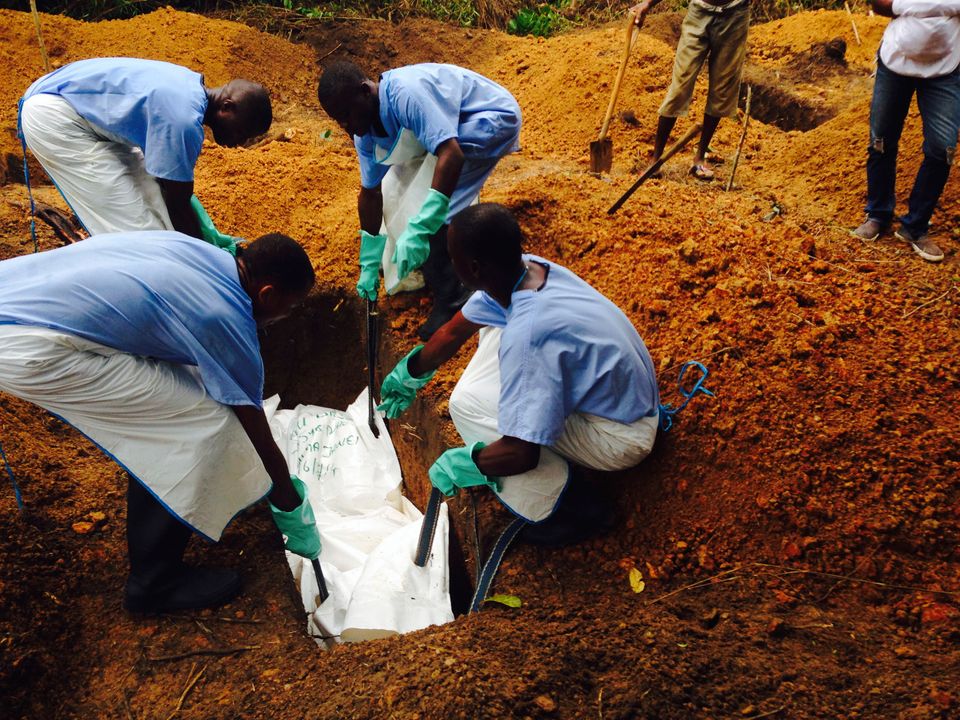 1 / 12
Volunteers lower a corpse, which is prepared with safe burial practices to ensure it does not pose a health risk to others and stop the chain of person-to-person transmission of Ebola, into a grave in Kailahun