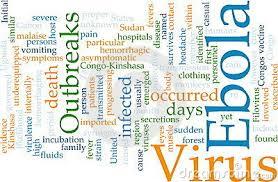 Last week, after dinner, as I was rinsing the dishes, I casually mentioned to my wife, "I spoke with the volunteers at Doctors Without Borders today, and they need help."

This was before the first case of Ebola was diagnosed on U.S. soil. A pregnant silence fell in the kitchen except for the clattering of dishes and the boiling of water as my wife prepared her evening tea.

Doctors Without Borders is a nonprofit organization delivering emergency medical aid worldwide to people affected by conflict, epidemic and disasters. About 30,000 staff in 70 countries serve over 8 million people each year. They have delivered 185,000 babies and conducted 78,000 surgeries. And now they are amidst their greatest challenge: the Ebola epidemic.

"You are not thinking about going there, I hope," she said finally.

Undeniably the greatest medical catastrophe of the year, possibly the decade, is the raging Ebola epidemic in West Africa. Without a concerted global effort, it could well become the worst epidemic in our lifetimes. The disease kindled in December 2013 in Guinea with the first case reported to the World Health Organization on March 23 of this year. At the time I thought it would be contained and extinguished like the other half dozen Ebola epidemics on the African continent, with the last major one having 425 cases in the winter of 2000. Yet like a wildfire, the number of cases continued to surge, and on Aug. 8 WHO declared Ebola a "public health emergency of international concern."

As of Sept. 14, we have more than 4,000 cases with 2,296 deaths in five countries. On Sept. 30 the first case of Ebola was diagnosed in the United States, in Dallas. Experts are optimistic we will be able to contain its spread here, at least for now. Overseas, though, fragile economies are collapsing from the disease; the health infrastructure is ripping at the seams; millions of people are being quarantined in their homes; and cities are becoming ghost towns with suited and masked health workers roaming the streets conducting house-to-house interrogations searching for possible cases.

Even after all this, we are losing the battle against Ebola. Why can I say this? Because most epidemics follow a bell-shaped cure. After the initial case the numbers rise at an exponential level -- such was the case with H1N1. Then, after reaching a peak often caused by saturation of vulnerable populations, or by implementation of strict infection control measures, or by immunization with a highly effective vaccine, the number of cases begin to decline precipitously. The epidemic dies down because the survivors now are immune to the virus. But we may be nowhere near that peak yet with Ebola.

The sooner we act, the lower the peak. The Centers for Disease Control and Prevention estimates intensive infection control measures beginning in September will lead to a peak of 3,408 cases per day globally by early December. A delay of a month could lead to a peak of over 10,000 cases per day, and a delay of two months could lead to over 25,000 cases per day, with the peak nowhere is sight. In total, as many as 1.4 million people may be infected around the world by the end of January, which is close to the entire population of the city of Dallas. Furthermore, this may translate to more than .5 million deaths.

And over time, the Ebola epidemic may become endemic -- like HIV has become. With HIV, a steady number of patients each year contract the virus often due to new vulnerable populations who takes part in high-risk behavior, such as unprotected sex.

But Ebola is more devastating than HIV because there is no treatment, and because unlike other infectious diseases, it kills more than 50 percent of the people it infects in less than a month.

Yet many of us do not feel motivated to take action. Probably like most Americans, I don't know a single person who has been affected -- or even may be affected -- from the epidemic, and I don't feel a sense of urgency that a disaster of this magnitude requires. In fact, I feel helpless and at times hopeless at the situation. More so, at this time in my life, I don't have the courage to go to Africa and volunteer.

But what I realized I can do is support those who do have the courage. Doctors Without Borders has an army of 2,000 local workers with 200 international staff who are on the ground in West Africa. They need gloves, gowns, masks for their own protection and they need simple medicines, saline, oxygen and antibiotics for the patients. All this costs money.

For the Haiti cholera epidemic, following the earthquake, ordinary Americans donated millions -- and it made a difference on the ground in bringing blankets and building homes and hospitals. We can do the same now.

Later last week, as I was dropping my son off at his drum lesson, on National Public Radio I heard the grateful words of a young man who had survived Ebola yet suffered the loss of a half dozen family members. Amid helplessness, there is hope.

So the question "How can we help?" vexes me. I realize that to stop the epidemic here we must stop the epidemic there. There is something we can all do. We can donate a small amount not just as individuals but also as a community. In part it may be self-interest, that we do not want the virus to spill from overseas on our continent in large numbers. In part it may be compassion, doing our part to avert a 21st century preventable medical disaster. Whatever the reason, it does not matter -- every small donation is important.

My wife and I are committing $1,000, and so are the hospital leaders across the country. Let's pool our resources together for Doctors Without Borders. The website is https://donate.doctorswithoutborders.org/. Or you can text 90999 and write "Doctors Without Borders" to link to their website. A $50 donation will make a difference.

As she nervously sipped her tea and we sat down to read the newspaper, I told my wife, to her relief, that I would not be going to West Africa. But I am doing what I feel I can, by starting this fund raising campaign for Doctors Without Borders. I hope you'll join me. 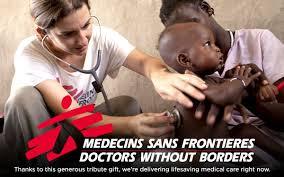 Dr. Jain is an infectious disease doctor. You can also donate by going to his website www.MJainMD.com.