The Economist is under fire for running a cover image directly equating Latinos in the United States to one spicy and stereotypical food.

The cover story, "How to fire up America," looks at immigration in the United States and the "misguided" panic over border issues.

"America needs its Latinos," the story reads. "To prosper, it must not exclude them, but help them realise their potential."

But the cover image has readers outraged: 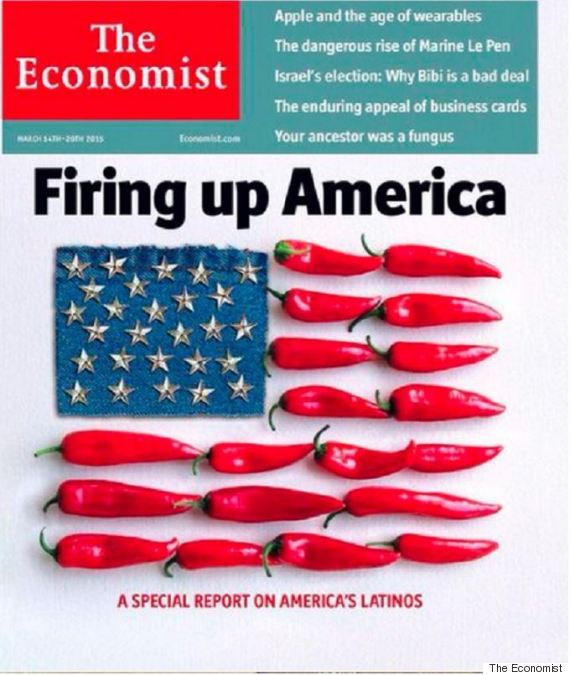 A sub-heading that appears later in the story about the rise in young, diverse Hispanic Americans is titled "Chilies in the mix."

"This sort of stereotype ignores that Latinos are a multi-faceted community," the liberal watchdog Media Matters said Monday. "By relegating Latinos to a chili-pepper consuming constituency, the magazine ignores their vast diversity."

The people at @TheEconomist somehow thought this was a good cover pic.twitter.com/lLpHHEcZ3P

@Carrasquillo @AdamSerwer I just love how they distilled Latinos' various flags into one reflecting our universal language! @TheEconomist