The confluence of Earth Day, Easter and Passover all arriving this year on the heels of the dire report by the UN Intergovernmental Panel on Climate Change (IPCC) is striking. Regardless of your religious and political beliefs, it's a call for ambitious action within a moral framework, before the seas rise up against us (literally).

It is time for aspirational leadership. 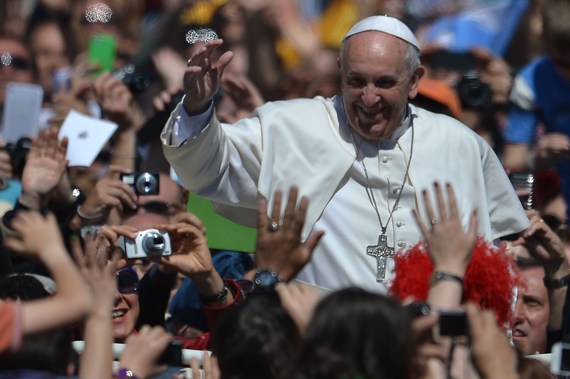 IPCC "Working Group I Report has clearly established the role of human action as the dominant factor in warming that has taken place since the middle of the last century," and that "the impacts of climate change will leave no part of the world untouched and unaffected." It states the "essential" need for urgent, concerted "adaption and mitigation" measures -- both -- to at least dramatically reduce, if not prevent, destruction of homes, global food insecurity, water shortages, economic instability, and potential increases in violent conflict, due to more extreme weather and climate change.

Holidays are a time to reflect, take stock, and re-evaluate our choices and actions. The convergence of these particular holidays -- representing "escape from bondage" and "resurrection" and protecting the earth and its inhabitants -- especially timed with the urgency in the IPCC report, sends us a clear signal that we must act big and act now.

The religious community has been quietly mobilizing to protect the environment and people for years, as a moral obligation to be good stewards. Interfaith Power & Light (IPL), for example, was founded in 1998 "to be faithful stewards of Creation by responding to global warming through the promotion of energy conservation, energy efficiency and renewable energy... to protect the earth's ecosystems, safeguard the health of all Creation, and ensure sufficient, sustainable energy for all." The National Religious Partnership for the Environment -- an alliance of the Coalition on the Environment and Jewish Life, the U.S. Conference of Catholic Bishops, the National Council of Churches of Christ, and the Evangelical Environmental Network -- has also been calling for action to reduce climate change. Together, these consortia represent hundreds of religious institutions and at least thousands probably millions of people in their congregations.

"Every major religion has a mandate to care for Creation. We were given natural resources to sustain us, but we were also given the responsibility to act as good stewards and preserve life for future generations," the IPL's website states. "The very existence of life -- life that religious people are called to protect - is jeopardized by our continued dependency on fossil fuels for energy."

One can frame it as freeing us from the "bondage" of dependency on fossil fuels, as Passover marks the freeing of the Jews from bondage in Egypt.

Pope Francis, named after the patron saint of animals and the ecology, is apparently preparing a document on ecology and he's installing solar panels on part of the Vatican. Will he leverage his political capital and reputation for bold action on climate change? Here are some examples of practical and impactful steps members of the religious community have taken that Pope Francis might cite as examples of steps we can all take: 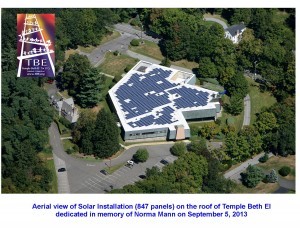 •IPL honors houses of worship that take significant actions to reduce their carbon footprint with its "Cool Congregation Challenge" awards. It is currently focused on stopping the Keystone XL Pipeline too.

•The United Church of Christ was the first religious body in the U.S. to vote to divest their investments and pension funds of fossil fuel companies.

•The First Unitarian Church installed solar panels (community-funded), is transitioning to renewable energy sources, and is teaching community how to reduce their carbon footprint - dubbed "eco-spirituality" by their local Utah newspaper, the Deseret News.

•The Green Muslims of New Jersey, with a slogan "When Less is More," are encouraging their members to take a "Green Ramadan pledge" to be "environmentally conscious, socially responsible and compassionate," suggesting specific steps, such as eliminating plastic water bottles and styrofoam, and eating more fruits and vegetables and less meat.

•The Coalition on the Environment and Jewish Life, focused on "advocate(ing) for policies that increase energy efficiency and security energy policies," as well as community education on sustainability, circulated a petition to encourage President Obama to raise the issue of the environment with Pope Francis.

The power of the IPCC report is in its urgency and magnitude. It declares that climate change is disrupting all societies across the globe in myriad ways, including possibly causing violent conflicts incited by worsening poverty, lack of jobs and economic supports, and destruction of food and water supplies.

"This (IPCC) report is a tale of two futures -- one of in action and degradation of our environment, our economies, and our social fabric," UN Climate Chief, Christina Figueres said. "The other, to seize the moment and the opportunities for managing climate change risks and making transformational change that catalyzes more adaptive and resilient societies where new technologies and ways of living, open the door to a myriad of health, prosperity and job-generating benefits. The path is undoubtedly determined by our choices today."

No one is immune. Everyone is responsible. Now is the time to come to the aid of your brothers and sisters. This Easter-Passover-Earth Day we need to heed the calls of "Eco-Spirituality" and the IPCC and take bold, immediate action to reduce CO2 emissions.