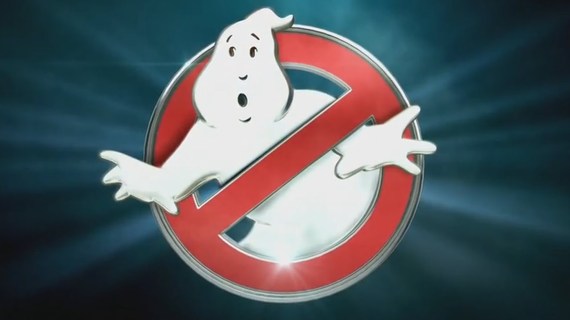 "He slimed me!" Peter Venkman spits out in disgust, writhing in sticky ectoplasm in a memorable scene from the 1984 movie Ghostbusters.

Ectoplasm, the mysterious stuff of the supernatural world has long intrigued some of the world's greatest scientific minds. The goo is claimed to permit the spirit world to interact physically with the world of the living. But it is not always easy to separate fact from fiction in science that probes the fringe of what is known.

Sir Arthur Conan Doyle, the paragon of analytical reasoning, was a firm believer in ectoplasm, having touched the clammy stuff in a séance and finding it hideously revolting. Other great minds have grappled with what the editors of Scientific American in 1922 called "this new science -- if it really is a science" of ectoplasm and psychic phenomena. H.G. Wells and Julian Huxley investigated ectoplasm and the mystical wonders it enables -- communicating with the dead, spirits levitating objects and leaving imprints on the physical world. H. G. Wells is the author of The Time Machine, The War of the Worlds, and other great works of literature. Huxley was a celebrated evolutionary biologist and science writer.

In their comprehensive book on biology, The Science of Life, published in 1931, H. G. Wells and Julian Huxley devote an entire section to ectoplasm, describing it quite vividly without the advantage of special effects available in Ghostbusters: 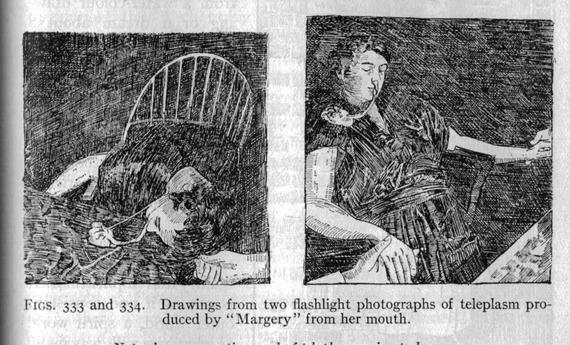 "Usually but not necessarily, the exudation occurs by mouth and nose; it may sometimes come out of the head and neck, the ears, or from other orifices of the medium. It has a quantitative abundance like the foam of bottled beer when the beer is "up". . . This ooze presently takes on forms and, it is asserted, organic structure also. . . Hands, feet, grotesque bestial forms and at last these crumpled paper-bag faces emerge from the accumulating stuff" (p. 1426).

Who ya gonna call?

Well, if you are scientifically minded you will turn to an authoritative source, such as the widely respected journal Nature. Quoting from Dr. R. J. Tillyard's 1928 paper in Nature, "Scientific proof of survival [of the spirit beyond death] has at last been obtained." In his Nature paper Tillyard describes one medium, Mrs. Crandon, who was able to communicate with her dead brother, Walter Stinson via ectoplasm. Tillyard presents the experimental data he obtained during these séances in his Nature paper and concludes definitively: "My own conclusion is that Walter Stinson, who died in 1912, has fully proved in a scientific manner his claim that his personality has survived his physical death."

Consider, for example, data in Figure 1 of that paper: 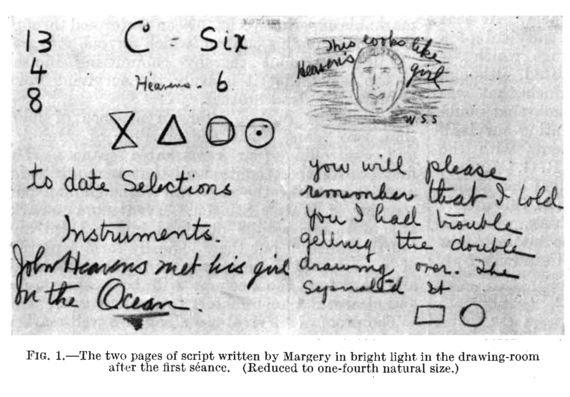 There are five more figures with equally compelling data in this Nature paper.

Wells and Huxley caution that a scientist must never use the word "impossible." "Highly improbable," is the appropriate term to use, they insist. [Best said with a British accent.] "We do not hesitate to find Walter [Stinson] "highly improbable," they conclude.

Interestingly, six years earlier, in 1922, Scientific American had accepted a submission by James Black, denouncing ectoplasm as fakery. Black cited several vivid examples of ectoplasmic exudation and associated supernatural phenomena during séances, but he exposed them all as trickery. Chemical analysis revealed that ectoplasm consisted of "50% water, some sulfur and albumin, and gives the chemical formula of something resembling C120 H1134 N218 S5 O249." Sir Arthur Conan Doyle, however, was unimpressed with such experimental evidence. He complained that scientists were taking a "scandalously skeptical" attitude toward ectoplasm, and that psychic research may be beyond the reach of verification by the scientific method.

The Scientific American editors quickly got cold feet. Black's article had been set up in type for printing when the editors received word of new scientific research from Dr. Richet, concluding that ectoplasm could not be the result of simple fraud. "To be frank," the editors wrote in their introduction to the September 1922 edition, "we spent several uneasy days, feeling that we might be on the wrong side of the fence."

Just as the issue was about to be mailed to subscribers, a letter reporting the results of another scientific investigation into ectoplasm conducted at the Sorbonne University in Paris reached Scientific American. The report concluded, "The experts declare that they see nothing except a substance that had been produced after prolonged efforts that could only be physiologically described as efforts to vomit and that the substance had no mobility of its own and was swallowed again almost immediately."

The intrigue of psychic phenomena is strong. For hundreds of years, for example, there have been reports of people who can "see" with their fingers -- especially blind people. In 1966, Martin Gardner, the editor of the "Mathematical Games" column at Scientific American, published his investigation into "dermo-optical perception" in the journal Science. He concluded that the purported ability of some extraordinary people to see and even read text with their fingers while blindfolded was fraud. He ascribed all the reports to cheating by peeking in various ways around the blindfold. That Science paper put an end to dermo-optical perception.

But I know he was wrong.

Recently a colleague of mine analyzed a congenitally blind woman in an fMRI brain imaging machine. When images were flashed to her eyes through goggles, no activity at all registered in her brain. However, when the young woman scanned postcards with her fingers, some of which had images on them and some of which did not, the woman's brain lit up with activity when her finger tips scanned a card with an image on it. Interestingly, "seeing" with her fingers strongly activated her visual cortex. The woman demonstrated her ability to "see" with her fingers when I visited her in her home and handed her an 8X10 color photograph.

There is nothing supernatural about this dermo-optical perception ability. The woman illustrates the dramatic plasticity and untapped potential of the human brain, in her case to utilize imperceptible tactile cues -- slight differences in temperature or texture associated with pigments -- that the majority of us ignore. One third of the cerebral cortex of blind people has nothing to do, so the brain rewires itself to take whatever information it can extract, sound and touch for example, and process it using the enormous information processing capability that is normally devoted to vision, giving the person extraordinary perception abilities. She, like many blind people, can also discern speech sped up three to five times faster than a sighted person can possibly comprehend. "Highly improbable," but true, and explained by natural, not supernatural phenomena.

Research on ectoplasm seems ridiculous now, but only with the benefit of 20:20 hindsight. Given that these scientists and intellectuals applied the scientific method and used the best available techniques of the day, how did they fail? Cutting edge research at the boundary of what is known or that enters into new frontiers will always confront this problem. If it was so obvious, why did editors at Scientific American and Nature at the time find the matter so agonizing? I do not think they were less intelligent or deliberate than we are. "Ectoplasmic" research is published in major journals today -- "ectoplasmic" in the sense of work that nibbles at the edge of what is currently understood and will not stand the test of time. Still, it is important to keep an open mind.

Judge Wexler: I want to make one thing very clear: The law does not recognize the existence of ghosts, and I don't believe in them either. So I don't wanna hear a lot of malarkey about goblins, spooks, and demons. We're gonna stick to the facts in this case. Leave the ghost stories to the kiddies, understood?

Bias and prejudice inflict editorial decisions at journals in the same way bias undermines scientific research. You can't fool an fMRI, but don't expect to read about our dermo-optical research in a scientific journal. Journals are not interested, and conducting research on dermo-optical perception could be a "career limiting move."