"And there comes a time when one must take a position that is neither safe nor politic, nor popular, but he must do it because conscience tells him it is right." -- Martin Luther King, Jr. 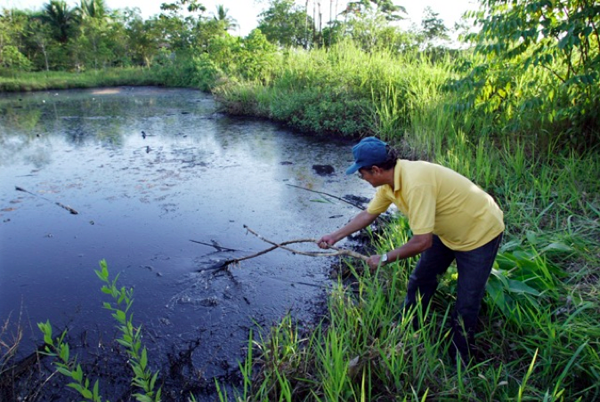 Tomorrow, October 15, a landmark trial opens in federal court in New York City: Chevron Corp v. Steven Donziger et al., one of the world's largest oil companies against the attorneys and advocates who represent the 30,000 "Lago Agrio Plaintiffs." The case is the latest in a long and often tragic saga of the Ecuadorian victims struggle for justice.

I am writing this because I don't want the real issue to be forgotten. The Ecuadorian communities are fighting for justice for the human rights violations and environmental crimes committed by Texaco between 1971 and 1992 in the Northern Ecuadorian Amazon. Since 1993 these Ecuadorian victims have been seeking relief in the largest environmental lawsuit in Latin America to date.

In 2003 I visited the affected communities in the Ecuadorian provinces of Orellana and Succumbios, and I have long supported them in their quest for justice. 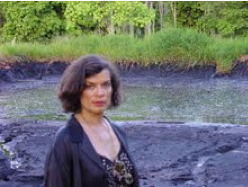 I am not writing as an apologist of the legal team, nor am I condoning their behavior -- but I feel the need to speak up on behalf of the Ecuadorian victims who may now never get the justice they deserve. It's critical that Judge Lewis Kaplan, the media, and the public at large don't lose sight of the real issue.

The original case against Texaco (now Chevron) has been well documented.

Between 1971 and 1992, Texaco embarked upon reckless oil exploration, pumping 1.5 billion barrels of oil from Ecuador. Texaco carved more than 350 oil wells in a rainforest area roughly three times the size of Manhattan and dumped approximately 16.5 billion gallons of oil-contaminated water into unlined pits -- one and a half times the amount spilled by the oil tanker Exxon Valdez. When Texaco left Ecuador in 1992, it left behind 916 unlined open toxic waste pits, some just a few feet from the homes of residents. Leeching of highly toxic wastewater byproducts of oil extraction from these pits contaminated the entire groundwater and ecosystem in one of the world's most valuable rainforests. As there is no running water in the region families, including thousands of children, have no alternative but to drink, bathe, and cook with poisoned water from streams, rivers, lagoons and swamps that have been contaminated by Texaco.

U.S. states have laws requiring that pits have impermeable liners. Louisiana and Texas, two major oil-producing states, passed such laws in the 1930s. Texaco must have been aware of the dire consequences of leaving unlined pits exposed -- they made a calculated decision, based on profit. The company saved an estimated $3 per barrel of oil produced by handling its toxic waste in Ecuador in ways that were unthinkable and illegal in the US. The cost to the human population is immeasurable. Ecosystems have been destroyed, diseases have proliferated, crops have been damaged, farm animals killed.

During my visits to the affected communities in 2003, I was appalled at the evidence of the consequences of direct exposure to these toxic waters. The suffering and environmental devastation I witnessed is not a fabrication, or a fiction. There is a toxic legacy left by Texaco for present and future generations.

In May 1995, three years after Texaco left Ecuador, the Republic of Ecuador and Texaco reached a settlement regarding Texaco's obligations to clean up a percentage of the well sites roughly corresponding to its percentage ownership in the consortium that made money from the drilling. Ecuador's state-owned oil company, PetroEcuador, was the 62.5 percent majority owner of that consortium from 1976 to 1992, so Texaco was required to clean up only a minority of the well sites. The settlement would later form part of Chevron's claims that the case had been settled. It did not, however, extinguish the claims of individual third parties, or affect the rights of the communities affected by Texaco's actions. Certainly the "clean up" undertaken by Texaco was limited and has made no material difference to the lives of the Ecuadorian communities. 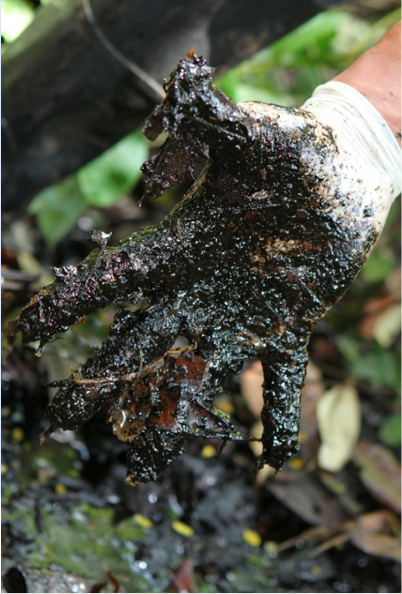 The Texaco disaster culminated in the largest environmental lawsuit in Latin America to date; brought by 30,000 plaintiffs from the Ecuadorean Amazon. They filed a billion dollar class action against Texaco in New York. Texaco moved to dismiss the U.S. lawsuit on forum non conveniens grounds. In 2002 the court granted Texaco's motion, and the case moved to Ecuador on the condition that the company stop using an expiration of the statute of limitations as a defence and that any judgment be enforceable in the U.S. Among the plaintiffs are five indigenous tribes, the Cofán, Siona, Secoya, Kichwa and Huaorani. 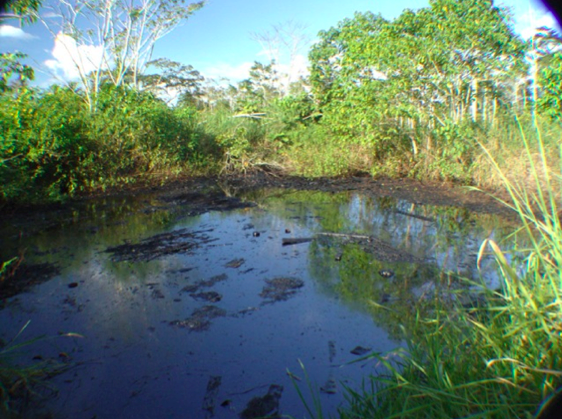 The Ecuadorian Amazon in the wake of Texaco.

Chevron acquired Texaco in 2001. Unlike the Exxon Valdez and the Deepwater Horizon accidents, where Exxon and BP, respectively, took some responsibility for their negligence, Chevron has successfully managed to move the case outside of the U.S. because it provided them with two options: to rig the judicial system in a foreign country, or to dodge its responsibility by not recognizing the validity of the verdict if it was not in their favour.

In February 2011, Judge Nicolas Zambrano issued a final verdict, ordering Chevron to pay $18.5 billion to the Ecuadorian plaintiffs. But as Chevron has no holdings in Ecuador, the plaintiffs have been unable to collect that judgement.

Chevron has paid more than $400 million to an army of lawyers to help the company avoid payment and spent over $100 million in lobbying firms to influence U.S. lawmakers and government officials to affect Ecuador's trade with the U.S., and to discredit Ecuador, its government and legal system. Chevron has even been lobbying Congress and the U.S. Trade Representative not to renew Ecuador's Most Favored Nation status, which expired on July 31, 2013.

Even prior to the 2011 Ecuadoran ruling, the law firm Gibson, Dunn & Crutcher, representing Chevron, was shifting the case physically, from Ecuador to New York, from pollution and human rights to attorney ethics.

Gibson Dunn won U.S. court orders forcing the makers of the feature documentary CRUDE to turn over 600 hours of raw footage on the Ecuadorean case in 2010. This footage apparently shows an attorney for the Ecuadorian communities, recounting how he has put pressure on Ecuadorian judges. Now Chevron has accused the attorney of fraud and racketeering -- of attempting to obtain the settlement for his own personal benefit, and brought the civil lawsuit against the trial lawyers and consultants for the Ecuadorian plaintiffs.

Chevron brought three collateral actions against the Ecuador judgment in a New York federal court, all overseen by Judge Lewis Kaplan, who has a puzzling attitude toward the case. The Ecuadorians asked that Judge Kaplan be recused from the case in 2011. In their writ of Mandamus the Ecuadorians expressed their concern at the Judge's language -- referring to them as the "so-called Lago Agrio plaintiffs," and in one written order, describes them as "a number of indigenous peoples said to reside in the Amazon rainforest."

On Jan. 26, 2012, a three-judge panel of the 2nd U.S. Circuit Court of Appeals ruled that Judge Kaplan previously overstepped his authority when he tried to ban enforcement around the world of the $18.5 billion judgement against Chevron Inc. for environmental damage in Ecuador. But Chevron has retaliated.

Which brings us back to the suit that begins tomorrow, October 15, in a federal district court in New York, once again before Judge Kaplan. In order to avoid a trial by jury Chevron has dropped their claims for damages against the defendants. There is a massive imbalance of power and resources between the two sides. Unlike Chevron, the defense has scant resources -- as demonstrated by this motion by Julio Gomez, which asks that the trial schedule reflect the fact that

My firm has no funds to hire an associate, a paralegal or even an assistant to help me through trial given the fact that I have insufficient funds to cover outstanding bills - much less fees going into trial. I have not even been able to contract the two assistants who aided me temporarily with the filing of Defendants' draft pre-trial submissions in August.

Chevron has also subpoenaed nine years' worth of email metadata -- from September 2003 to 2012 -- from 101 email accounts belonging to people with connections to the case. Data requested includes names, time stamps, and detailed location data and login info. Judge Kaplan granted this subpoena in September 2013. According to Mother Jones, this strays dangerously close to violation of First Amendment rights.

The Republic of Ecuador is also seeking leave to intervene to protect the confidentiality of privileged documents which appear to have made their way into Chevron's suit without explanation.

The case of the Ecuadorians is being lost in a legal labyrinth. Avenues of legal recourse are being closed off, so that the victims have nowhere to turn.

The $18.5 billion judgement in favor of the Ecuadorian plaintiffs should have been historic, a landmark, a precedent for ending impunity for powerful multinational corporations in the developing world and achieving justice. It was a beacon of hope. But after 20 years of long, hard battle, I am beginning to have serious doubts as to whether the victims in Ecuador will ever be compensated.

The Ecuadorian communities were the victims of exploitation by a multinational corporation, Texaco. Their lives, and that of their children, are affected by the toxic waters that leaked into water sources on which they are dependent. This is the real issue, and it is a story that is all too common throughout the developing world. With their legal team on trial, who will pursue justice for the Ecuadorian plaintiffs now?

I appeal to Judge Kaplan, to the media, and to the public at large -- please don't forget what is at stake here. Don't let this legal imbroglio eclipse the issues which are really at the heart of this case: human rights, justice and environmental protection.