In the southern Amazon basin of Ecuador, the air is filled with the sound of macaws, the distant sound of thunder, and the rustling of creatures in the underbrush. But as soon as next year, the metallic hammering of oil drills may join the chorus. Local indigenous leaders are dead-set on not letting that happen.

"We are fighting not just to defend our lives and our territory, but the planet," said Jaime Vargas, president of the Achuar Nation of Ecuador.

In October, the Ecuadorian government announced the 11th Oil Round, opening 8 million acres of untouched Amazon rainforest to the biggest bidders of the oil industry. The government began accepting bids on November 28, and according to Fox News Latino, oil companies will have until May 20, 2013, to submit their proposals.

Earlier this month, in partnership with the Pachamama Alliance and Amazon Watch, four indigenous leaders from the Ecuadorian and Peruvian Amazon traveled to San Francisco to plead with the developed world to rethink the effects of profit grabbing and to understand the value of the rainforest. Their message was one of global unity -- the rainforest, they said, is a global asset, not just a local one. 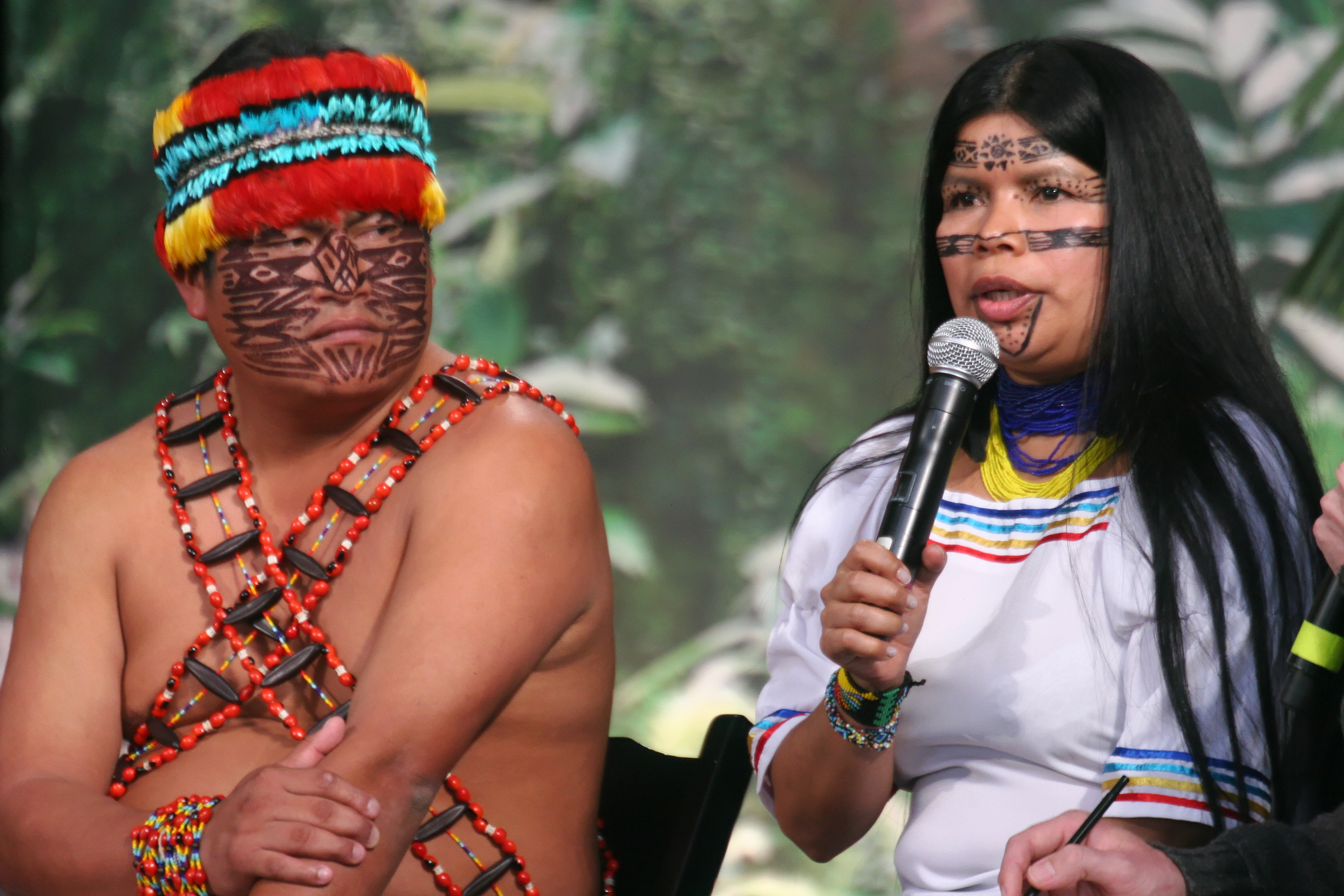 Indigenous leaders Jaime Vargas, president of the Achuar Nation of Ecuador, and Patricia Gualinga, advocate and adviser of the Sarayaku people, spoke out about the 11th Oil Round and the need to protect the Ecuadorian rainforest, which is home to some of the highest levels of biodiversity in the world. (Photo courtesy of the Pachamama Alliance.)

"When the land appeared, there were no humans. It was just land. Problems showed up when human beings populated the earth," said Manari Ushigua, president of the Bi-national Organization of the Zapara, an indigenous ethnic group of Ecuador and Peru. "We have to change the way we think, the way we live, to change things around. Now is when we should say 'enough' to the companies that are intruding on the land."

Indigenous communities in the area are protesting the 11th Oil Round as unconstitutional. According to Ushigua, the government never consulted the communities who live on the land, violating protections written into the Ecuadorian constitution for indigenous rights and the environment.

Currently, indigenous peoples are taking legal action to stop oil development in the area. Leaders say there are myriad problems oil development may inflict on the local people.

"Oil exploitation will bring environmental degradation, poverty, social problems, alcoholism, migration, loss of cultural identity, prostitution, and general abuses in the area," Vargas said. "We know this because it has happened in the north."

Instead, the indigenous elders propose alternative, sustainable forms of economic development, such as eco-tourism and community-scale manufacturing that promotes local employment.

"For us, oil development is not the solution. 'Good living' doesn't mean living in a big building with roads, cars, and other things. To us, 'good living' means breathing fresh air, and doing it in our own unique way," Vargas said.

While indigenous leaders said they will "lay down our lives to protect our land and our children," they asked the international community to envision a way of life that does not violate the rights of nature or of minority groups.

"We are abiding by Ecuadorian laws. However, we want to build something that adheres to our cosmic vision and our way of life. ... We can respect the constitution and build the world we want," Vargas said. But Ushigua added that to protect such rights requires global participation.