Any extra change could go a long way for Ed Denst, but the homeless 77 year-old former Marine gives whatever he can to help struggling people just like him.

Denst, who’s been living on the streets of Los Angeles for 23 years, recently gave $250 he collected to the Society of Saint Vincent de Paul Council, according to CBSLA. The organization provides food, shelter and clothing to people in need and his particular donation will be used to help people who need rental or utility assistance.

“I thought about giving back,” the charitable homeless man told CBS. “(It) makes me feel very good.”

While Denst’s donation is certainly inspiring, he’s one of a number of people who don’t have their own roofs over their heads, but still try to find a way to give back to those in need.

After winning a $50,000 lottery jackpot last month, Dennis Mahurin –- a homeless Illinois man who’s been living in a tent for more than two decades –- decided to set aside some cash for a few of his other disadvantaged friends, CINewsNow.com reported last month.

“He is a great guy, has an awesome sense of humor,” Sandra Rankin, an employee at the gas station where Mahurin bought the ticket, told ABC. “I care deeply for him and he is a very decent gentleman." 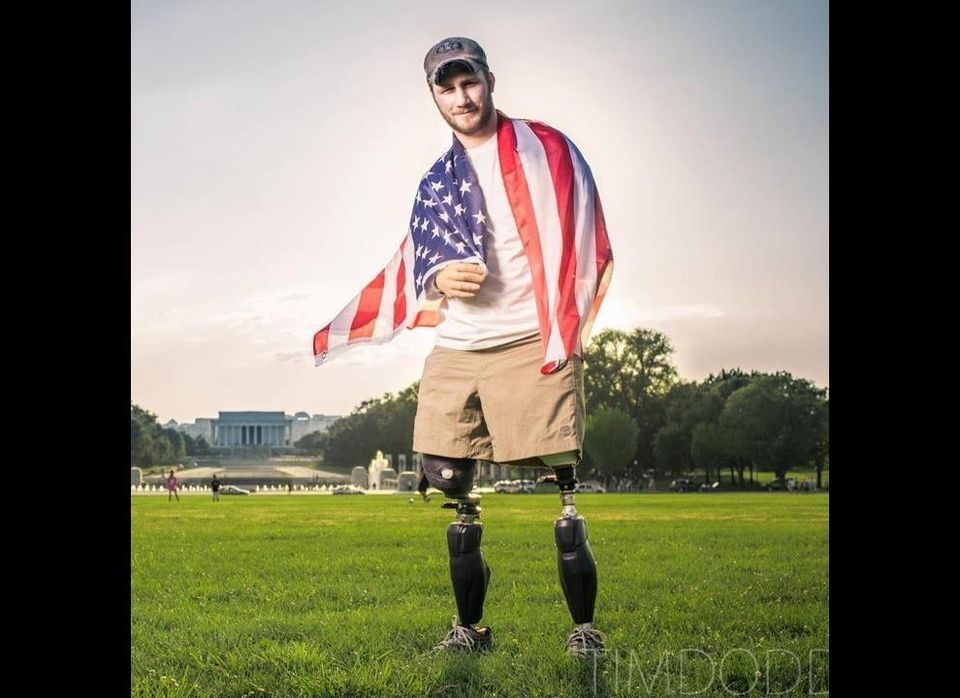 1 / 5
Taylor Morris
"And I think about <a href="https://www.facebook.com/TaylorMorrisCommunitySupport" target="_hplink">the young sailor</a> I met at Walter Reed hospital, still recovering from a grenade attack that would cause him to have his leg amputated above the knee. Six months ago, I would watch him walk into a White House dinner honoring those who served in Iraq, tall and 20 pounds heavier, dashing in his uniform, with a big grin on his face; sturdy on his new leg. And I remember how a few months after that I would watch him on a bicycle, racing with his fellow wounded warriors on a sparkling spring day, inspiring other heroes who had just begun the hard path he had traveled. He gives me hope." - <a href="http://abclocal.go.com/wls/story?section=news/national_world&id=8801624" target="_hplink">President Obama</a> While we can't be sure, we think Obama was talking about <a href="http://wcfcourier.com/news/local/update-taylor-morris-to-meet-president-obama-today/article_dabd2e26-cc49-536d-8ade-c070295b5a67.html" target="_hplink">Taylor Morris</a>, 23-year-old Navy bomb detection and disposal expert who was wounded in Kandahar province while clearing explosive ordnance. The special unit he was with was trying to take up defensive positions when they came under attack from enemy fire. Morris lost some part of all four of his limbs.
Facebook: Taylor Morris Community Support