Ed Moses, one of the best-known LA artists, celebrates his 90th birthday. People who had the chance to get to know him will agree he is a feisty man. The same can be said about his wonderful paintings, which continue to deliver an artistic punch expected from artists a third his age... You really must see Moses' birthday exhibitions at Bergamot Station, on display in the William Turner Gallery and in the former Santa Monica Museum of Art space. 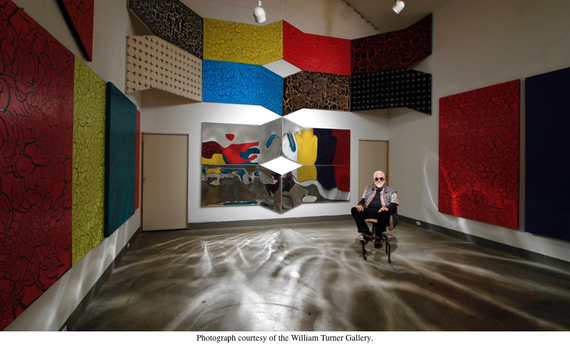 As a special tribute to Ed, I want to share with you some excerpts from a "take no prisoners" essay he wrote a few years ago for The Buzz and the Beat: Inside the LA Art World (2009):

"I grew up in Long Beach and spent summers in Hawaii with my dad... In 1943, when I was seventeen, I decided to join the Navy. I got into the medical corps, and received about a year of training to be a surgical technician. When I was 22 I got out of the service... I enrolled in pre-med, but could never memorize anything. For three years I got D's, F's and C's... I couldn't get into any medical school... 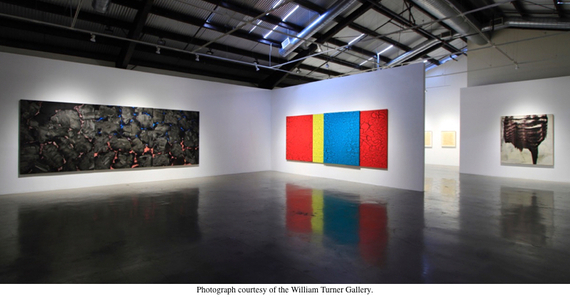 A friend of mine told me about an eccentric art teacher, Pedro Miller. [He] brought in reproductions of Braque and Cezanne and Picasso, and everybody laughed at their work. Norman Rockwell was the hero of the day, but Pedro hated Norman Rockwell. [Pedro] would say, "Let's see what you guys can do." I didn't know what to do. I took one brush and put it in the red, put another in the white, and marked up my board. That wasn't any good, so out of desperation I put my fingers in the paint jars and scratched over the board. I was going to get my ass kicked. [Pedro] looked at me... picked up my work... and said, "Now, here's a real artist." Changed my life right then and there. 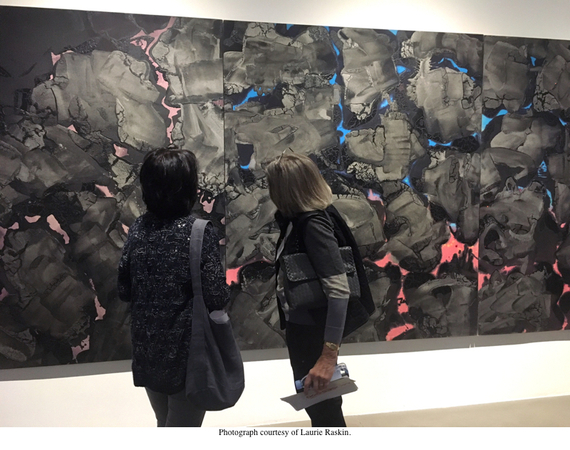 I transferred to UCLA. It had a sh**** art department and I hated it... I decided I wanted to be a movie director. I got a job [at Twentieth Century-Fox] as a messenger. [Then I] decided to go up to Carmel. There I got a job on a sardine clipper ship... I got so sick I wanted to die. 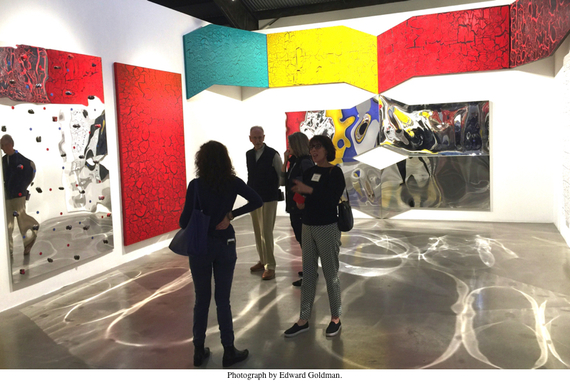 In 1952... I met a girl at a tea dance... It was love at first sight. She was going through a trial separation. Her husband found us in bed and wanted to kill me with his 45. I sweet-talked him, and he took me to the bus station and bought me a bus ticket. She went back to him. I went back to UCLA... The faculty was old-fashioned and [I] used to laugh at them all the time, right in their faces.

When Walter Hopps started Ferus [Gallery in 1957] I was one of the original artists. In 1959 I moved to New York [and later] to San Francisco. I hung out at the Cedar Tavern and met Franz Kline, de Kooning, Rothko. I was just one of the punks. 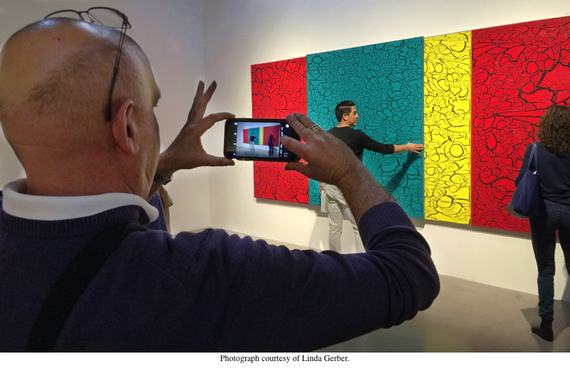 In 1970 I was lined up to have the inaugural show at Sonnabend Gallery in New York. A week before the opening, she sends me a contract. I didn't feel comfortable with the idea of a contract. That was the end of that. No show. Because I have a big mouth and I'm impulsive, I spoiled my so-called career so many times that I can't even remember. 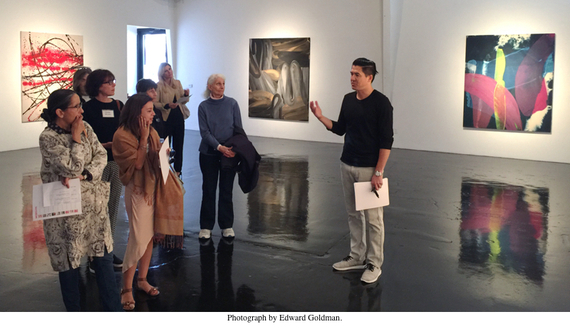 The curator of MOMA... bought for the museum a painting of mine I didn't like. I said, "You can have... a much better painting." He said, "No, I'm satisfied with the one I picked out. I think it's terrific" [I] said, "I'm flying [to New York] next week. If that painting is still on the wall, I'm going to take a razor blade and cut it off the wall." Since that time I haven't had any contact with the Modern. My life is checkered with those kinds of experiences. 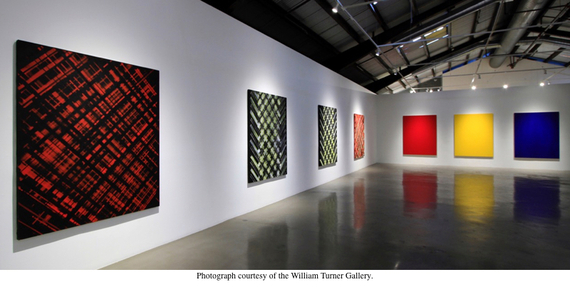 Once I went to Spain and my children almost died of food poisoning. Someone said to me, "We have lots of children here because if one dies, we will have others to help us out." Hearing that changed the way I paint. I used to work on one painting at a time... until it revealed itself or I murdered it. Today I work on eight to ten canvases at once, many of which I throw out. People say I am always changing the way I paint, but I don't change, the paintings mutate. I'm painting to bring about that kind of magic. A good painting is like turning the rock over and over. It's the result of relentless pursuit and chance."

So once again, happy birthday to you, Ed, you're the best.