Ed Westwick was in Sydney, Australia, for a Virgin Mobile event on Thursday. Chest hair out, he chatted with Popsugar about his love life, his 'Gossip Girl' costars and having a better American accent than Robert Pattinson. Read the whole interview here.

On his celebrity crushes:
"Yeah, but they're all married! Scarlett Johansson is always one. Miranda Kerr is kind of one, but somebody told me she just got engaged. I like the older ones, the ones around my age, the Kristen Stewart's of the world, don't really do it for me. I'm a man with the eye on the older girl, I'm afraid."

On 16-year-old Taylor Momsen's sexed-up look:
"When you're that young and that age you like experimenting with new looks and different things. She obviously likes the whole rock chick thing. I wish her the best."

On whether he would ever wax his chest for a role:
"It's a funny thing, the other day I thought about doing it. Seriously, I was just thinking about doing it. I'm not going to do it anyway, now. I guess I would do it if I had to do it." 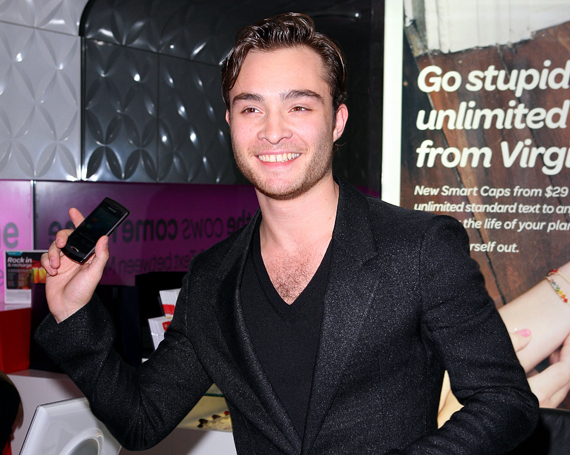