The controversial exit of actor Eddie Murphy as host of the 84th Academy Awards has left much of Hollywood speculating over who will take his place.

Murphy, whose departure followed the exit of Brett Ratner after a backlash spurred by a gay slur the "Tower Heist" director delivered, said in a statement: "First and foremost I want to say that I completely understand and support each party's decision with regard to a change of producers for this year's Academy Awards ceremony. I was truly looking forward to being a part of the show that our production team and writers were just starting to develop, but I'm sure that the new production team and host will do an equally great job."

If the Academy is searching for a more gay-friendly host after Ratner's scandalous remark ("Rehearsing is for fags," he told the audience after a "Tower Heist" screening), there is, certainly, no shortage of spirited contenders. Ellen Degeneres won heaps of praise and even scored an Emmy nomination for her emceeing skills after she became the first-ever openly gay host of the Oscars in 2007. Neil Patrick Harris showed off his impressing dancing and singing skills while hosting the Tony Awards earlier this year, and Rosie O'Donnell has previously hosted both the Grammys and Tonys -- would she also be great for the Oscars?

Take a look at 10 LGBT contenders we think would be great for the 2011 Academy Awards -- and be sure to let us know which others we forgot to include: 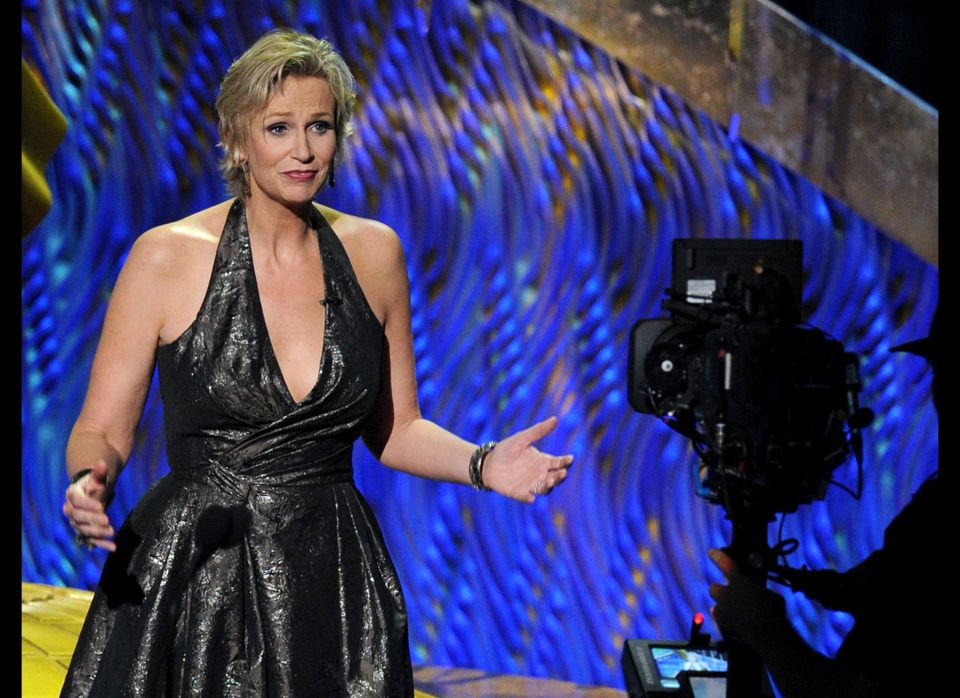 1 / 10
Jane Lynch
The "Glee" actress balanced good humor with good taste as host of the 2011 Emmy Awards, delivering some zingers at Betty White, Ricky Gervais and the cast of "Entourage." What would she say about the Academy's 2011 nominees?
Getty