Eddie the otter was euthanized Thursday morning at the age of 20 after he suffered age-related decline, according to the zoo’s press release.

He was considered one of the world’s oldest and most talented sea otters, according to Amy Cutting, who oversees the zoo’s marine life area.

“Male sea otters seldom live past 15 years, so Eddie was among the very oldest of his kind,” Cutting said in the release. “He was quite feisty as a young otter, and we still saw that spirit come through during his later years. He got along great with our two younger otters, Juno and Lincoln, and was often observed wrestling and playing with them. But he was the elder statesman of the group, and they learned to leave him alone when he wanted to rest.”

Eddie came to the Oregon Zoo in 2000 after being rescued as a pup in 1998, according to the Oregonian newspaper.

He lacked the skills to survive in the wild, so the zoo was his permanent home.

Eddie became a viral sensation in 2013 after his keepers taught him to dunk a toy basketball as therapy for his arthritic elbow joints.

But he had other “skills,” according to the Oregonian, which pointed out that Eddie was often seen “self-pleasuring” at the zoo.

An Oregon Zoo rep confirmed that interesting part of Eddie’s C.V. to the Oregonian.

“Yes, that was Eddie who displayed so much ‘confidence’ in front of zoo guests,” the rep said. 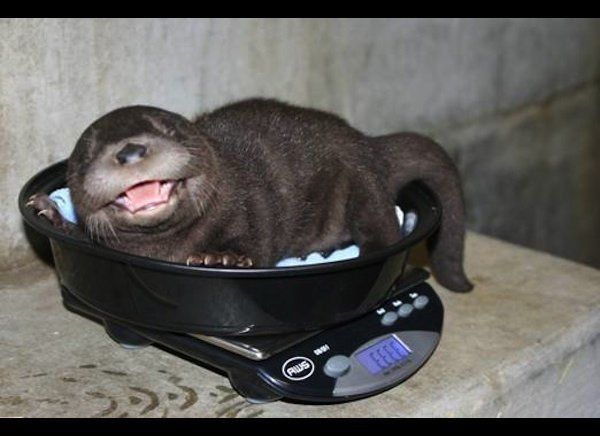