In the fall of 2012, photographer Michelle Nagle posted a photo of her then 4-year-old daughter, Eden, taking wobbly, but ever-surer steps with her walker -- an enormous feat. As a baby, Eden was diagnosed with a chromosomal deletion that, her doctors believed, meant there was a good chance she would never walk. 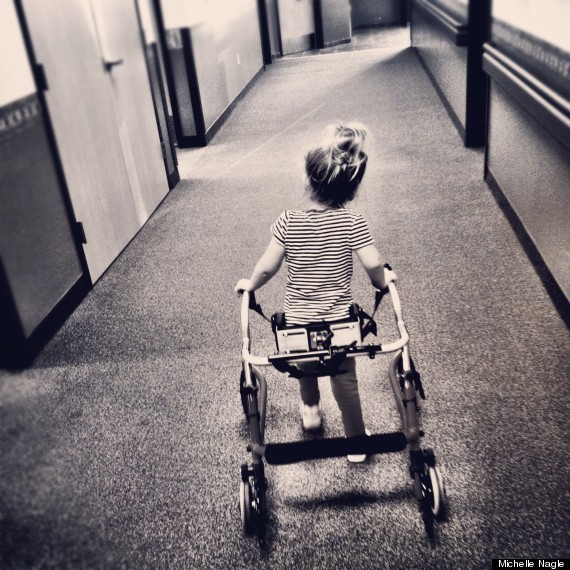 Now, Michelle and her daughter are back with a video update that is nothing short of remarkable.

"She has been so determined and inspires practically everyone she meets," the proud mom told The Huffington Post. "We thought, 'Why not share her story with others in the hopes that they would be inspired and encouraged, too?'"

And the future looks bright for Eden, who is excited to start kindergarten this fall.

"She is still very much determined, joyful, tenacious, strong-willed, eager, and enthusiastic," said Michelle, adding, "[she] wants to be an astronaut when she grows up."

We're cheering for you, Eden Grace. First up, walking. Next, the moon.