Baltimore's Edgar Allan Poe House and Museum should reopen Oct. 4, the group responsible for making it profitable announced this week.

Tentative plans call for the house to be open weekends until spring 2014, when hours would be expanded.

Final details are still being developed, Redfield said, but plans call for a museum that will be similar to what had been available to visitors before the closing of the house in September 2012. More attention will be paid to telling the story of Poe in Baltimore, and of the house in particular, through a well-marked walking tour and other interpretive exhibits, he said.

Ann Barton Brown, one of two museum consultants hired to recommend a plan for interpreting the Poe house for visitors, said the assignment proved a welcome challenge.

"We are trying to preserve as much of the spirit of Poe in the house as possible," she said, "so when you go in, you really feel Poe." The narrative, she said, will also talk about what Baltimore was like while Poe was living here.

Many of the objects that had been in the house, including Poe's stepfather's telescope and a lock of Poe's hair, should be returning, Redfield said. Other materials, including objects from the collection of the Enoch Pratt Free Library, could be added.

"I don't think it will change in any way that will shock people," Redfield said. "It will be a very similar experience, with regards to the house. We're not reinventing the wheel."

Brown agreed. "It's a very small house," she said. "We're keeping the intrusion of the 21st century to a minimum."

Poe, famed as an early master of horror and an inventor of the detective story, lived in the house for a few years in the 1830s with his aunt and cousin (whom he would later marry).

The house was closed Sept. 28, after the city decided it would no longer budget the $85,000 it was spending annually to keep it open as a tourist attraction.

Poe Baltimore was formed shortly thereafter. The group was charged with finding ways of reopening the house, which the city acquired in 1939, and making it profitable. The city is paying the nearby B&O Railroad Museum $180,000 to consult in the transition.

That payment was approved in October 2012, in a bill that required that Poe Baltimore take over operation of the house within a year.

Redfield, who has long been involved with fundraising efforts for the house, said Poe Baltimore has met several times and is confident that timetable will be met -- thus, the projected October opening. Students from Baltimore's Digital Harbor High School, he said, have been designing a website that should be ready in July.

Repairs and renovations have begun, Redfield said, including cleaning and painting, plaster work and carpeting. There are other matters to be addressed, such as allowing visitors to use credit cards.

"I think Poe Baltimore will be bringing some nice, new things to the house," Redfield said. "I think the house, when it opens, will speak to people about the various aspects of what Poe did there." 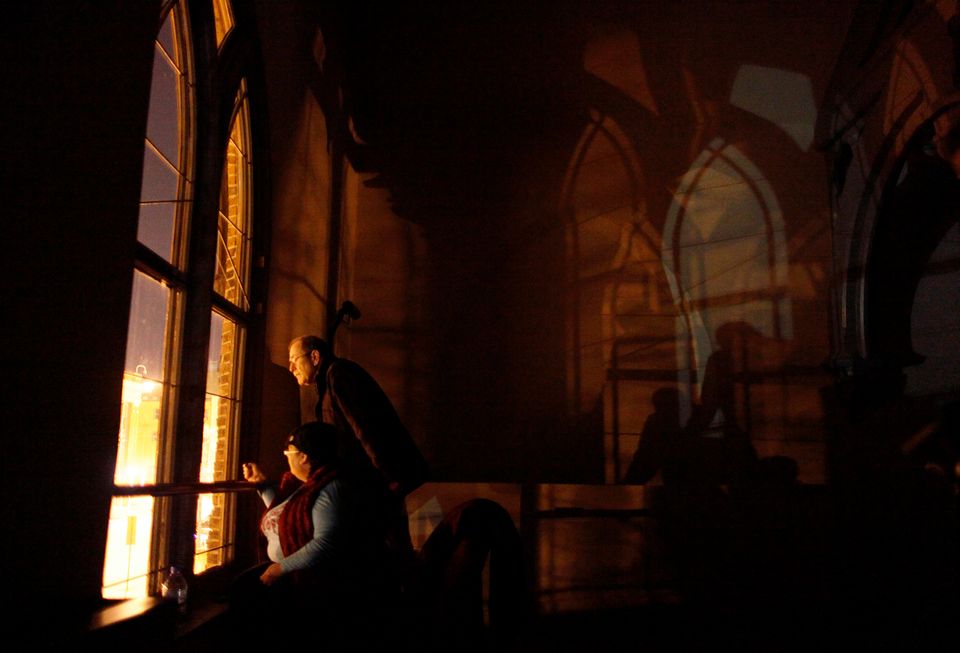 1 / 22
Jeff Jerome, top left, curator of the Poe House and Museum, and Jeannette Marxen stand watch at a window in Westminster Hall, which overlooks the grave of Edgar Allan Poe in Baltimore, Thursday, Jan. 19, 2012, as they wait to see if the mysterious "Poe Toaster" will return after a two-year hiatus to leave cognac and roses upon the writer's grave on the anniversary of his birth. The "Poe Toaster" was a no-show for a third year. (AP Photo/Patrick Semansky)
AP