The magic and wonder of science and technology are never far from us, including at this festive time of year. For example, the next time you are bedazzled by the panoramic shimmer and glimmer of holiday lights this season, take a moment to remember the famous innovator who inspired the first Christmas lights: Thomas Edison. Yes, the man who gave the world the light bulb is also responsible for sparking the innovation that brings us so much beauty during the holidays, an achievement that leads me to ponder what it can also teach us about inspiring future innovators.

Edison´s contribution to those wondrous beacons of the holiday season is a poignant one. On a wintry night during the Christmas season of 1880 -- just weeks after introducing his revolutionary invention of the first practical incandescent light -- Edison, in a bold move to promote his new technology, wowed thousands of people in front of his Menlo Park lab with a live outdoor display of dozens of incandescent lamps strung together, creating the very first strand of electric lights. Two years later, Edison´s friend and associate, Edward Johnson, added a new twist. Johnson placed a string of about 80 miniature lights of various colors on an actual Christmas tree in his own home. His glowing, revolving Christmas tree was visible through his home's windows, resulting in crowds of people -- intrigued by this fascinating use of electricity -- to pass by his residence.

This later sparked the mainstream commercial introduction of Christmas lights worldwide, aided by President Grover Cleveland who in 1895 had the White House family Christmas tree decorated with hundreds of multi-colored electric light bulbs, for the first time. (Before electric holiday lights, families used candles to illuminate their Christmas trees, however, this practice was dangerous and caused many home fires.) Today, just as these lights continue to connect with us on a visceral level with the spirit of the holiday (joy and goodwill toward others), this innovation, in its most simplistic way, also demonstrates the power of technology to impact our lives, if only in some seemingly indiscernible, yet influential, manner.

Similarly, the USA Science & Engineering Festival is striving to inspire and motivate the next generation of Edison's and other leaders in science, technology, engineering and mathematics (STEM) on their career road to produce innovations that make a difference. As America´s only NATIONAL science festival, the Festival and its Expo -- working behind the scenes with numerous partners in STEM -- bring K-12 students up close and personal with exciting, interactive and challenging STEM experiences and role models, inside and outside the classroom. 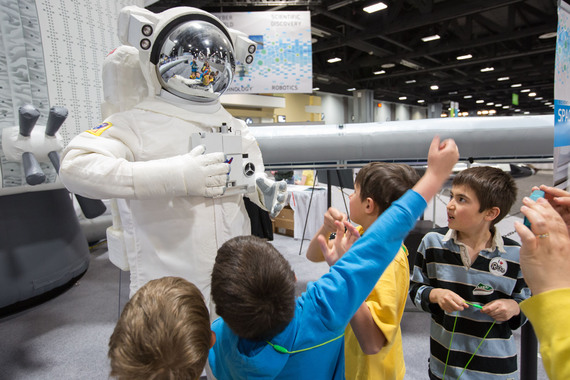 We know that to meet the technological challenges of tomorrow, America needs the brightest minds, especially in solving daunting problems in technology -- ranging from sustainable energy and biotechnology to climate and national security. To introduce young learners, teachers and the public to such frontiers and the exciting work currently underway to find solutions, the Festival is now once more gearing up to assemble an unforgettable line-up of renowned and diverse innovators who will demonstrate an important fact: STEM innovation is not only cool and fascinating but vital to improving the quality of life for everyone in countless ways.

Join us April 16-17, 2016 at the Washington, D.C. Convention Center for the 4th USA Science & Engineering Festival and Expo, with Lockheed Martin serving again as Founding and Presenting Host. In a compendium of interactive stage shows, world-class exhibits, and other presentations, you´ll gain insight from some of America's foremost achievers and institutions in STEM -including those in space exploration, biotechnology, nanotechnology, entrepreneurial startups, robotics, green technology, DIY, and oceanography. 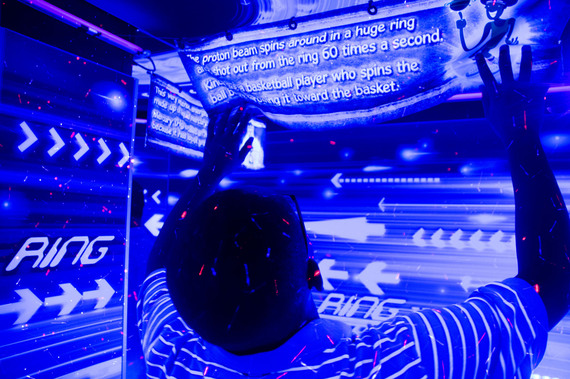 Adding to the excitement is the Festival's all-day X-STEM - Extreme STEM Symposium set for April 14 at the D.C. Convention Center where students, educators, parents and the general public will gather for an all-day experience of workshops, live demonstrations and other hands-on interaction with leading visionaries in STEM, including:

Patricia Bath, MD, renowned ophthalmologist and inventor who developed the device and procedure that revolutionized cataract surgery; Chris Emdin, Ph.D., the unforgettable science advocate and educator who is motivating a generation of K-12 students in STEM through urban hip-hop music; Carol Greider, Ph.D., the pioneering molecular biologist who won the Nobel Prize in Physiology or Medicine in 2009; Shubham Banerjee, the phenomenal 12-year-old who set the high-tech world abuzz by inventing a low-cost Braille printer from LEGO; Helen Greiner, Founder and CEO of CyPhy Works, where she is spearheading the development of amazing, futuristic flying robots; and Nizar Ibrahim, Ph.D., internationally known paleontologist noted for locating and unearthing the largest dinosaur bone ever found in the Kem Kem region of southeastern Morocco. 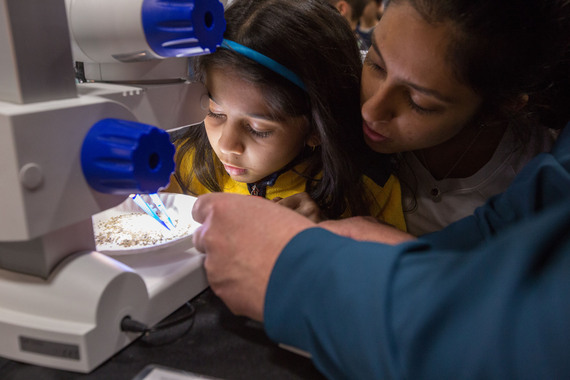 The power of technological innovation to delight us, improve our lives and inspire us to dream big is unquestioned. Sarah Miller Caldicott, an innovation process expert and great grandniece of Thomas Edison, wrote this about her famous relative in her blog for Forbes in 2014: "In every twinkling light, Edison strengthened the wonder we feel when the seemingly impossible becomes real." We at the Festival invite everyone to remember these words this holiday season, and we´ll carry this spirit into our work for 2016 as we help inspire the next generation of innovators.