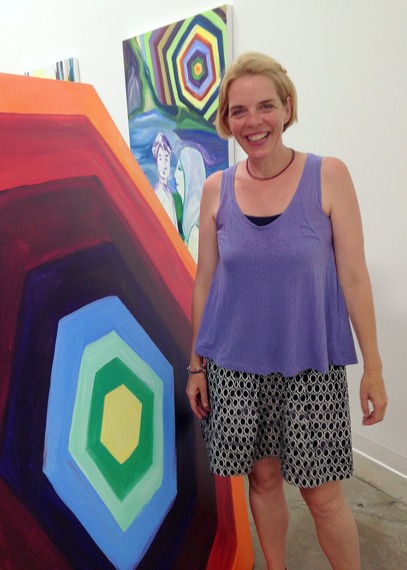 Artist Edith Beaucage recently invited to meet me at CB1 Gallery's new downtown space to walk me around her exhibition Chill Bivouac Rhymes. The show, which features both paintings and free-standing elements, has a rough storyline about a group of teenagers at a rave concert. By the way, if you don't know what a bivouac is -- as I didn't prior to the show -- it is a temporary encampment.

Keeping mind in Roland Barthe's idea that the best stories are those which are open to widely varying interpretations, Beaucage's sweet and sweepingly painted characters meet, flirt and wander in a loosely brushed Rococo paradise that opens up myriad narrative possibilities. "It's in California in a way," Edith explained to me as we entered the gallery, "there are woods, there is water, there is swimming: actually it's kind of a mix of Quebec and California." 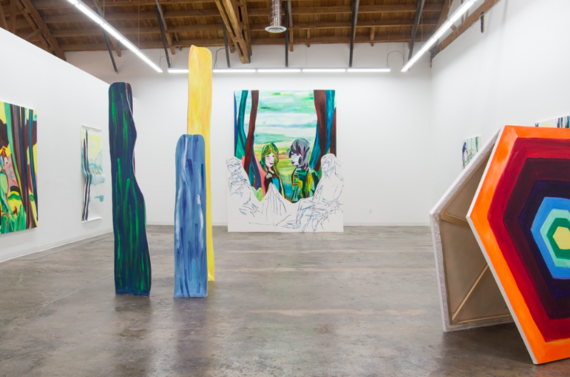 The addition of a central implied narrative is something new for Beaucage, whose 2011 show hurluberlu show consisted of idiosyncratic figures in abstracted settings. To prepare for Chill Bivouac Rhymes Beaucage made a maquette of the gallery space -- complete with tiny paintings and models -- and also generated a sequence of studies on paper. In the back room of CB1 Edith showed me a selection of these works, which have the bold immediacy of unfiltered ideas. They "rhyme" with each other in the sense that they present clusters of themes within a consistent range of feeling, as do the larger works on view. 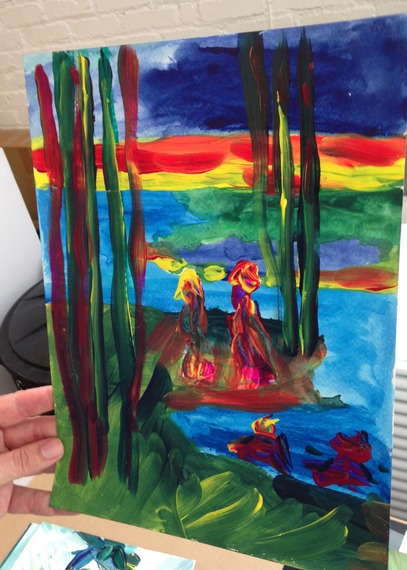 One of Edith's studies on paper

As Edith leafed through the story, she reflected on how her narrative had unfolded:

"As I made these sketches the story became evident to me in the relationship between this young woman and this young man. They are in the woods -- But what are they talking about? Why are they there? -- but I could tell that they were falling in love." 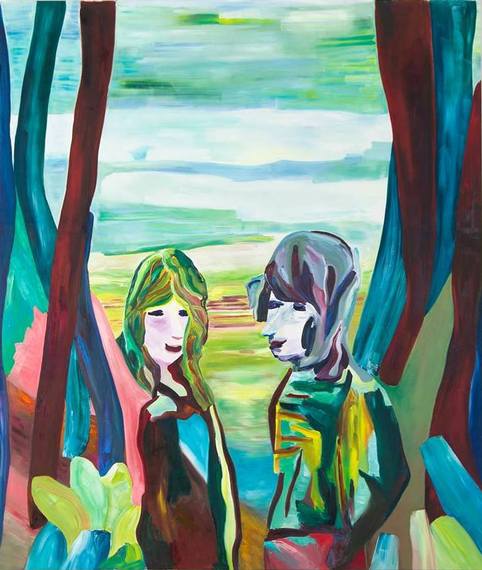 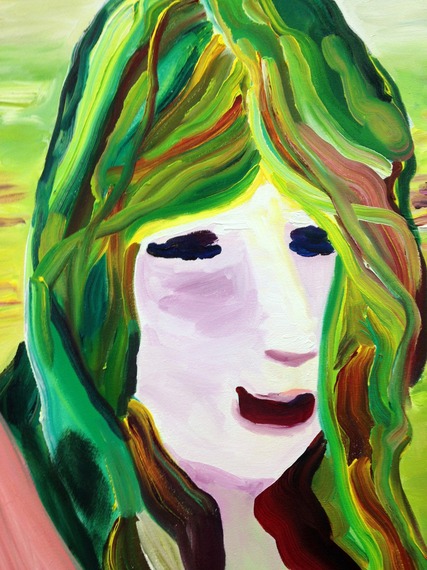 So there is a love story at the heart of Edith's rave, which the press release for the show describes enticingly: "A young Bolshoi ballerina, Ekaterina becomes a rave bunny and escapes her Russian lover to venture in cutting shapes with a young surfer from Bora Bora." From that kernel of a storyline Edith conceived locations -- Yellow Boa Canyon is one -- and an entourage of sweet, technicolor hipsters including Josephine, Happy Hardcore Sebastian, and some Scottish Gypsies. 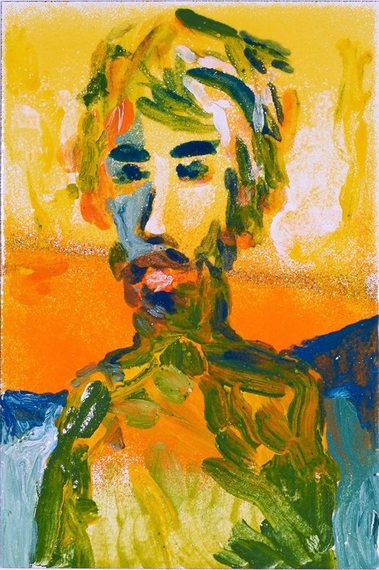 Edith has tendency to see the best in people, and as we looked over the show we talked about a side of raves and the Burning Man Festival that is easy to overlook: people need places to unwind and experience love and friendship away from the world's insistent pressures. In the way she paints, she leaves angst behind at the studio door and let's pleasure and innocence take over. Beaucage's canvases, even the large ones, have almost no evidence of editing, scraping or revision. They are what they are: unadulterated marzipan pleasures that unfold in a looseleaf Eden. 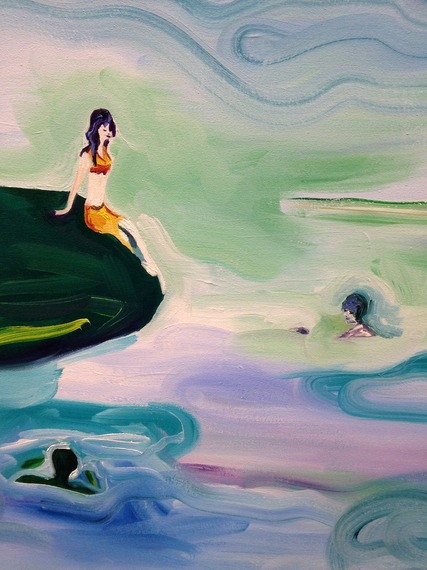 Chill Bivouac Rhymes is a an easy show to like as long as your recipe for art doesn't necessitate a social reality or tragedy as thematic ingredients. In the gallery opposite Beaucage's show is Jaime Scholnick's bracing exhibition Gaza: Mowing the Lawn which includes graphic imagery of war, grief and loss. Paradoxically, the two shows compliment each other through their profound sense of difference. Beaucage's show offers escape and release, and the reminder that love is always the answer, even to life's toughest, most pressing questions.