Rejected Covers is an ongoing series for which artists reveal their inspirations and unused design ideas for popular titles. Below, Little, Brown Senior Designer Lauren Harms shares the process of selecting a spare yet melancholic image that suits the touching quality of Edith Pearlman's acclaimed short stories, for her latest collection Honeydew.

Edith Pearlman’s story collections are intimate and honest portrayals of life. Edith’s editor, Ben George, said to think elegant and sophisticated, with a touch of the melancholy that Binocular Vision, Pearlman’s previous collection, had portrayed so well. A cover that would be quiet but striking, like honey infused with sunlight.

After reading a few of the stories early on, I started to think about the beautiful, ephemeral things in life: iridescence, bioluminescence, prisms, sunbeams. There’s a character who sees pentachromatically, which means they interpret five color channels instead of the three the rest of us see. Because of that, I wondered if there was a way to portray a part of something as more vivid. Also, the title story involves a drug that is made from a ground-up moth grub found in Brazil. That spurred the idea of a macro shot of moth or butterfly wings. 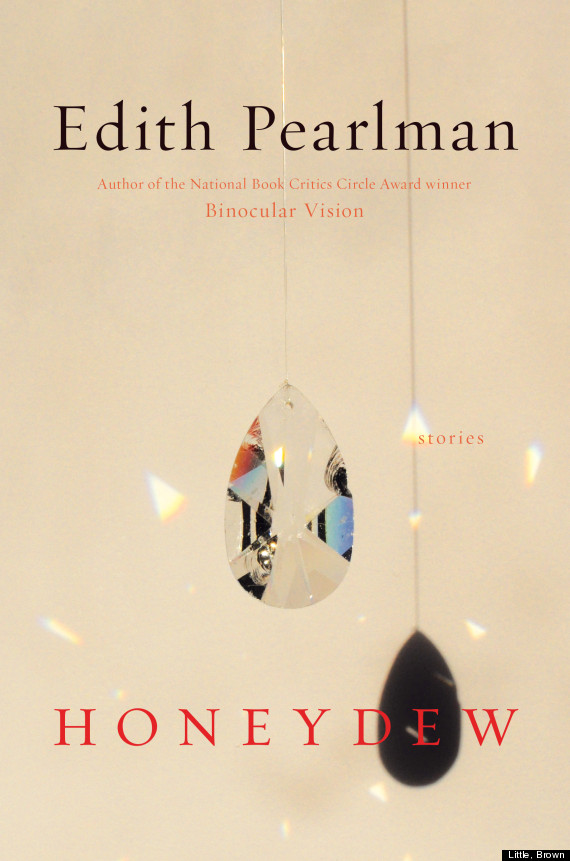 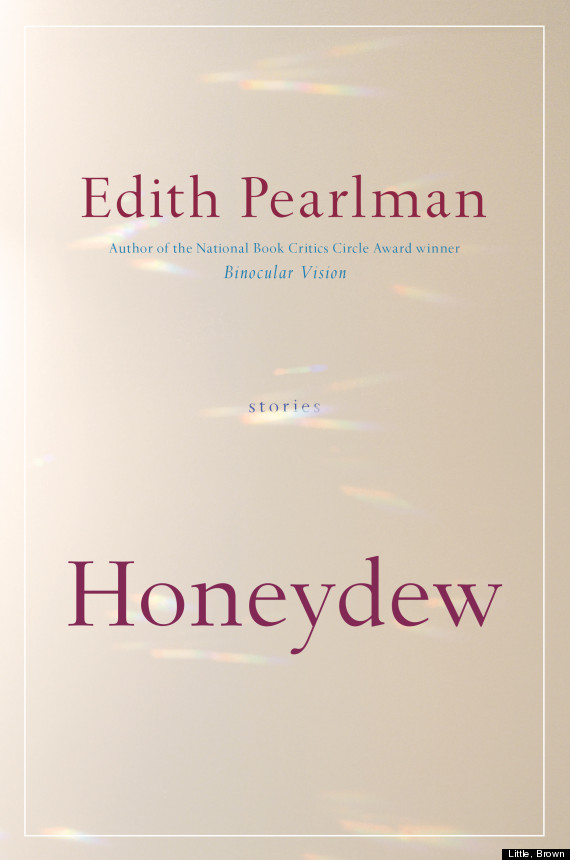 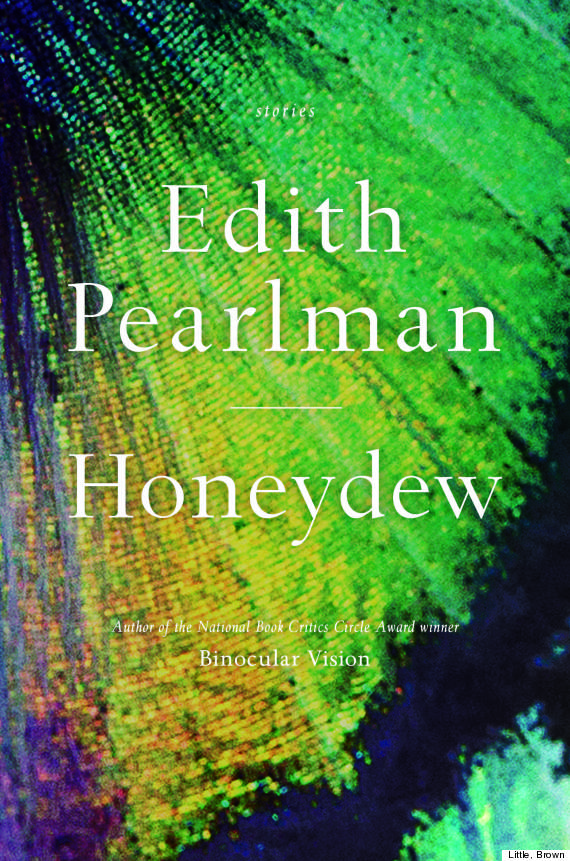 Shortly after getting the assignment to work on Honeydew, I was browsing Pinterest. As a visual person, I love Pinterest. It’s a great tool for collecting inspiration and every once in a while I’ll come across an illustrator or image that relates to something I’m working on. One day, I was scrolling the infinite scroll and came across a beautiful image of butterflies, soft and slightly out of focus, with flickers of light. I knew this would be a great image for Honeydew.

The clothing brand Anthropologie had pinned the photo, which led to a Tumblr post, which led to the Flickr profile of Sophie Banh (PSA: credit the images you repost and share that aren’t yours!). Sophie is a design student in Australia and has posted on Flickr some really wonderful photographs she’s taken. After a quick search I was able to find her design and illustration portfolio site and contact info. She graciously allowed Little, Brown to license use of the image. 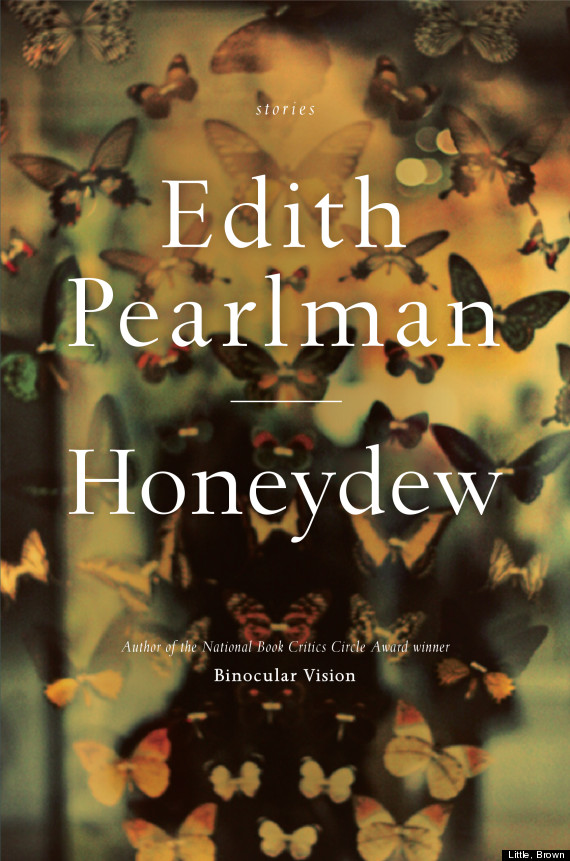 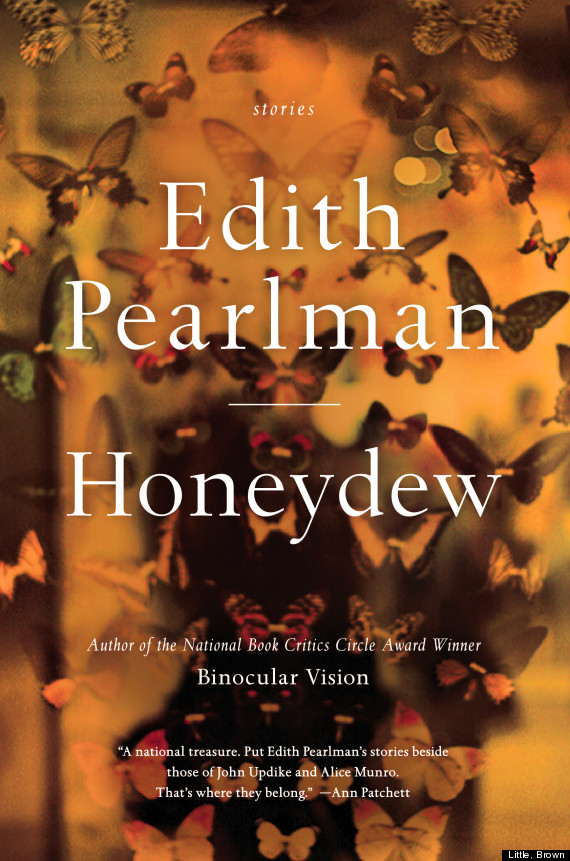 As you can see, the original image has a different coloring. I warmed it up with some color adjustments, making sure to keep the depth. We also decided to print on a pearlized paper that radiates and invites you to pick up the book.

Many people have asked why I chose to make the title and author name the same size. To me, it was instinctive from the start. They hold equal resonance, this is Edith Pearlman’s Honeydew.

Joshua Cohen as James Joyce
There's something particularly Joycean about Joshua Cohen, and not just because the writers share nearly identical round eyeglasses or a penchant for long sentences and penning 800 page novels. The most obvious parallel between the two is Joyce's Ulysses and Cohen's Witz, for their stream-of-conscious language play and paper weight at 736 pages and 824 pages, respectively. But elsewhere, too, they render their drastically different landscapes similarly: Joyce meticulously dictates the corners and crosswalks of Dublin throughout several books the way Cohen investigates the virtual space of the Internet and the blogs that populate a simulated neighborhood in his short story collection Four New Messages. Both have a knack for dirty jokes and amusingly rendered (sometimes solo) sex, and their characters need not be likeable for us to love them anyway.
Joan Didion as Virginia Woolf
I don't know that any contemporary essayist could stand up to Virginia Woolf the way Joan Didion does. While Susan Sontag and Zadie Smith could rub shoulders with them just fine at what would possibly be the best dinner party of all time, there's a way in which Woolf's A Room of One's Own and Didion's "In Bed" and "On Keeping A Notebook" are pure songs to each other. Both have written definitive essays on place (Woolf's "Street Hauntings" about London, Didion's "Goodbye to All That" about New York), and each confronts and closely protects the hazy space between private and public life. Woolf and Didion are extraordinarily elegiac writers, whether sitting at a desk in England watching a moth die on a window sill or waiting in a Maui hotel room for a typhoon that will never arrive, both are laudably restrained and aware of limitation within the spaces they're compelled to investigate.
Rachel Kushner as F. Scott Fitzgerald
The protagonists of F. Scott Fitzgerald's The Great Gatsby and Rachel Kushner's The Flamethrowers might have been great friends had they lived within the same novel. Fitzgerald's Nick and Kushner's Reno both observe more than they act, and exist at the edges of cultural movements in New York--the pre-Depression extravagance of the Long Island elite, and the art scene in a destitute 1970s Manhattan. They're narrators who watch closely enough to cast cutting--and true--dispersions. "They were careless people," Nick says of Daisy and Tom. And Reno, watching her fair-weather companion Giddle, determines that she has no true friends "since they were merely an audience to her performance." It's also worth nodding at the silly gendered reviewing The Flamethrowers received -- "a macho novel by and about women," Adam Kirsch wrote. I don't know that we'd call Fitzgerald a particularly "masculine" writer, but I've yet to hear The Great Gatsby coined a "feminine novel."
Advertisement
Kevin Powers as Ernest Hemingway
It's hard to read The Yellow Birds and not think of Hemingway's languid yet spare sentences and straight delivery. There's the overlapping subjects of war in Powers's acclaimed novel and in a handful of Hemingway's, perhaps most notably A Farewell to Arms and For Whom the Bell Tolls. But the authors are in conversation beyond their subjects, down to an echoic yet non-derivative cadence. While Powers's narrative unfolds a bit more digressively--we shift ahead and then back in time, being led by a narrator's thoughts more than chronology--both Hemingway and Powers's writing is highly attuned to the tactile elements of war. We're haunted by the sand of Powers's Iraq, and the pine needles of Hemingway's Spain.
Alissa Nutting as Anaïs Nin
What calls Anaïs Nin to mind so strongly when considering Alissa Nutting is less the women's writing styles than the literary world's reaction to their subjects. Both are controversial writers, and critical responses are often centered more on that controversy than the writing within the books themselves. Tampa, a sexually explicit novel about a pedophiliac 26-year-old female schoolteacher, was called by many the most controversial book of 2013. A conservative reading public had trouble with Nin's erotically charged narratives, and the feminists who might have welcomed her disagreed instead with her ideas of femininity. Both women are particularly psychological writers in their investigations of taboo sexuality--Nutting's narrator who insatiably longs for her 14-year-old students, and Nin's incestuous relationship with her father. These are two of the gutsiest women we've seen in literature, and both craft--and sometimes embody--undeniably riveting femme fatales.