For Vogue's September issue, their team trekked to The Mount, Edith Wharton's estate in Lenox, Massachusetts, for a literary-inspired photo shoot photographed by Annie Leibovitz. In fact, we don't know that it could have gotten more literary, with Jeffrey Eugenides (posing as author Henry James), Junot Díaz (posing as diplomat Walter Berry), and Jonathan Safran Foer (as architect Ogden Codman, Jr.) standing in as models.

According to the accompanying article (written by literary great Colm Tóibín), Edith Wharton took great pride in her home. Tóibín writes that she "planned each detail of the interior and the gardens with meticulous care, bossing architects (including Ogden Codman, Jr., to whom she became close), designers, and gardeners with her customary firmness."

Wharton has gotten a lot of press this year (as it was her 150th birthday), and not all of it was good. Jonathan Franzen wrote an article for The New Yorker that focused on her ugliness (yes, you read correctly), which got a lot of backlash from the literary community. The New York Times also recently ran a piece on Wharton's interior design career.

You can see the rest of the photos from the shoot on the Vogue website. These include the photos of Junot Díaz and Jonathan Safran Foer. 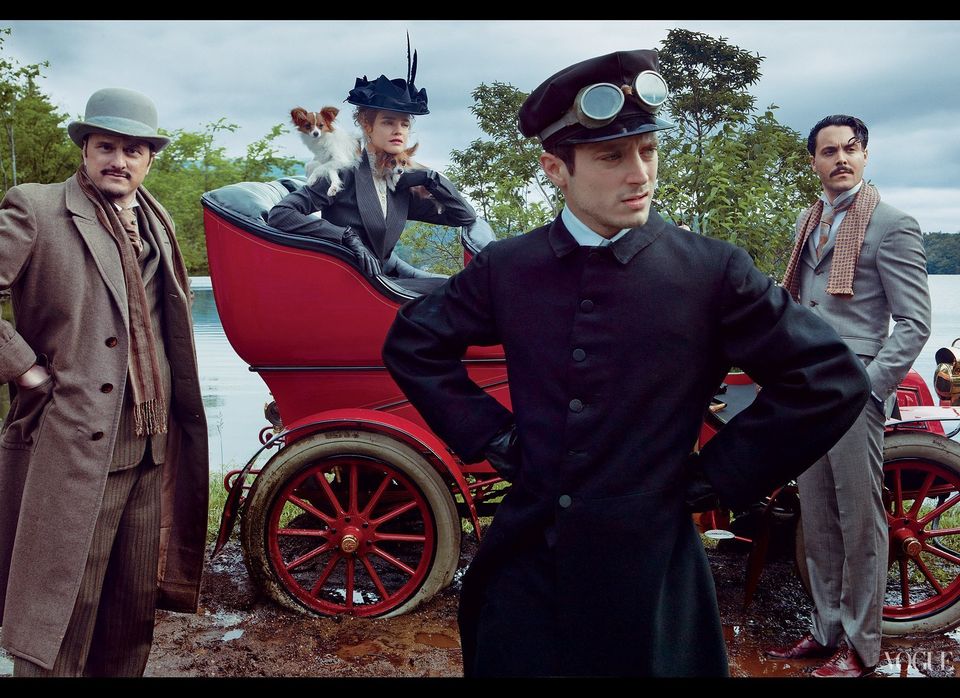