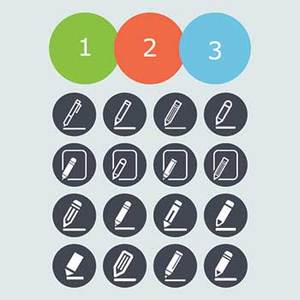 This summer I listened in on an editorial panel at a writers' conference where I'd been invited to speak. The room was packed with aspiring authors who wanted answers to their editorial questions. There were only four panelists, but ten minutes in, I started to feel the discomfort of the audience with what seemed like contradictory answers to the moderator's questions. It was clear the writers were flustered by the nuance and variation of the editors' answers.

The problem with editorial work is that it's subjective. No two editors are the same. Chicago Manual of Style is an editor's bible, but it's okay to break the rules sometimes, and consistency reigns. Editors edit at different speeds. Some are fast and some aren't. Some charge by the word and some by the hour. Some editors cannot edit if they haven't read the whole manuscript first; some editors can. Some people profess to be editorial professionals, but they've never taken a Chicago Manual of Style course, have never worked in publishing, and have never worked on a traditionally published book. Editors' rates vary so much it's shocking. Some experienced editors charge $30/hour while others (with possibly less experience) command upwards of $300/hour.

When one of the editors on the panel I attended started to describe what she thought the difference was between copyediting and line editing, I sort of checked out. I empathized with the audience because to me these are synonymous. I quick online search can add to your confusion, too, since people talk about editing in lots of different ways.

The following breakdown mirrors how the industry thinks about editing. There are three distinct levels:

Developmental/Substantive Editing, which addresses the following:

•Structural issues (reorganizing, cutting, expanding)
•Plot flow
•Sequencing
•Pacing
•Point of view
•Dialogue, scene, and character development
•Narrative and character arcs
•Transitions
•Any other big-picture questions an author has about whether his or her book "works" as is

Copyediting/Line Editing, which addresses the following:

Proofreading, which addresses the following:

Another separate editorial service many editors offer is an assessment. An assessment is a read-through of the work, what some might call a "cold read." Only an assessment involves a written account of what's working and what's not, with the intention to help the author figure out how to revise, where to cut, and also to help them see what they're doing well.

It's possible that an author could opt for each of these services, likely in this order: assessment, developmental edit, copyedit, proofread. The problem for most authors is that doing all four is expensive, and sometimes--oftentimes--an assessment is inherently part of a developmental edit, but not always. Authors would benefit from an assessment from an editor before they start working with them, to discover whether or not they have a meeting of the minds with that editor, based on the feedback and suggestions. I think more editors than do should offer coaching services--connecting with the author verbally about their thoughts and opinions, guiding authors through the journey of making their book stronger, better, more salable.

I've seen editors who are so concerned with saving their clients money that they actually end up doing the author a disservice, editing the book less than it needs to be edited. I've seen authors so concerned with the cost of editing that they simply fail to get edited. They might opt for one editorial pass, but nothing else. A developmental edit without a final proofread is a disaster. You are not hiring a developmental editor to do a proofread. They might be qualified to do a proofread, but they're two separate skill sets, and two separate jobs. Just because someone has the title of "editor" also doesn't mean they're qualified to do every kind of editing. There are those talented editors who can do any level of edit, but most editors have a specialty--and in the best of circumstances they stick to what they know best.

It's a reality check for many authors just how much editorial work may be needed before their manuscript is publish-ready. And editorial work is largely undervalued. Most authors expect to pay good money for design. Less so for editorial work. Many authors think that because they're a good writer, they're a good editor. Not so. I've had writers tell me they don't think they need an edit because they've taught writing. Believing you can be the editor of your own work is presumptuous at best. It's important to remember that you don't have distance from your own work when you've been toiling away at your project for months or years. Few people have the discernment required to execute a final draft of a manuscript that only needs a proofread.

Here are some best editorial practices to consider:

• Never shop or publish a work without getting at least two levels of editing.
• Adjust your feelings about what you think editorial work should cost. It's the best money you'll ever spend.
• Ask an editor you're considering engaging if they'll do a "sample edit." This doesn't mean an unpaid sample, but you can get a one- to five-hour example of what their editorial comments would look like to see if you like their style before you have them edit your whole manuscript.
• Ask an editor if they'll talk to you by phone. Have a conversation with them. Ask them about how they work and if they've worked on books in your genre before. Ask them what appeals to them about working on your manuscript in particular.
• Ask for references. Some editors may not need references, if they're coming recommended from someone you know, or if their reputation precedes them. But if you're hiring someone off of a freelance site, amid a bunch of other names, you want to find out what published works they've edited and see if you can talk to a couple of their previous clients.