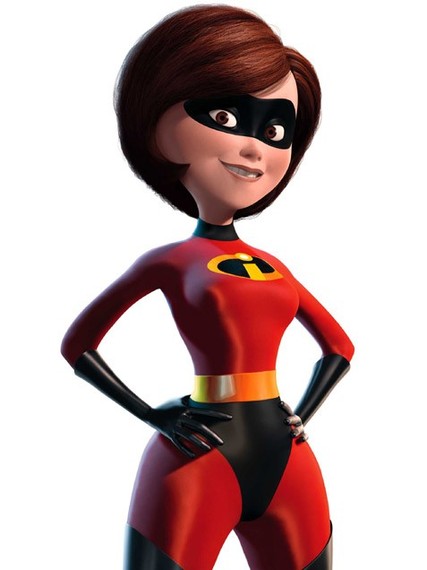 We celebrated Mother's Day this past Sunday and I got to thinking. There are so many incredible Moms on both sides of the education debates, working tirelessly to do what they believe to be best for kids and best for schools. It's strange in a way to have millions of kindred spirits when it comes to tantrums, constant shoe tying, minivans full of goldfish, and fond memories of our bellies before babies but then feel like adversaries, enemies even, when it comes to the topic of schools.

And for those who live and breathe education whether as educators, policy makers, or advocates, we find ourselves almost in a constant state of conflict with people who, if the topic were to shift, we would probably really enjoy getting to know. Like some might really enjoying know that in order to pay the tip for my Mother's Day manicure yesterday, I had to steal (I mean borrow) cash out of my 9-year-old's Spiderman wallet.

So maybe we need to shift the debate a bit and work harder to find the places where we agree and where we can laugh together. That doesn't mean that we don't call each other out when we disagree or find something said or written to be questionable or inaccurate; but it does mean that we also praise and give credit where it's due when we think they've gotten something right.

Maybe this is all pollyanna bull**** and pie in the sky thinking. I can already imagine that some have given a big eyeroll, said a quick "yeah right", and called me an idiot. But I'd like to think it isn't bull*** and that maybe it could move the needle just a bit toward more empathy for those who don't see every issue the same way we do but with whom we share countless experiences as moms.

Maybe I need to do better reflecting on how unfair it is to talk about the importance of teacher evaluation without also acknowledging how infrequently some administrators observe and provide feedback and how teachers can feel isolated and unsupported, despite requests for help.

Perhaps I need to reflect more on my own experiences in the classroom and how just one chronically disruptive student can make the task of teaching literally seem impossible.

Perhaps we all need to do a better job of putting ourselves in the shoes of others. The shoes of parents who want more choices, the shoes of teachers who literally use their paychecks to buy classroom supplies, and the shoes of children who aren't being challenged but know that the other kids on their teams and in their dance classes who attend school in a different town are working their tails off.

Have You Ever Wondered?

What's it like to have students tell you to f*** off and never see them take ownership for their actions.

What's it like to see your child, on video, thrown to the ground, handcuffed, and arrested for an offense so minor it would barely be a blip on the screen at a suburban school.

(Pictured above: South Carolina student thrown from chair by a school resource officer.)

What it's like to feel like just as soon as you've adapted and created really cool assignments to align to the new curriculum, the superintendent and school committee adopt a different one?

What's it like to find out that the state Department of Education has documentation of a paraprofessional abusing your child in school, more than once, that you were forbidden to see until you hired a lawyer? And what it's like to feel forced to homeschool your child because the adult in question is still working in your child's classroom?

What's it like to teach all day and then head straight to a second job after-school or on weekends because you are so underpaid?

Oklahoma teacher Sommer Lyons makes $34,100 a year as a fourth-year teacher and also works an extra 15 hours on weekends waiting tables at a Chinese restaurant.

There are no single stories and there are no single answers in a world where even within the same building, the educational product and the experience of a student and parent can literally be worlds apart. And town to town, city to city, state to state, the realities are so different that a sort of cognitive dissonance sets in.

I taught in a district where you got whatever you needed, and then some. And then I worked in a school where they refused to turn the heat on until a certain late date and staff was in winter jackets and could see their breath while fighting over how to handle a "no jacket" policy for students in a building that was freezing cold.

I taught in a school where every kid had a copy of every text to bring home and I taught in a schools where texts (including literature) had to be read during class and kept at school. Before you jump to conclusions, neither of these were high poverty schools.

All of these truths are further evidence that no voice can go unheard and that anecdotes cannot be considered gospel on anything. Otherwise, my absolutely awful 7th grade math teacher would be allowed to (wrongly) represent all of my amazing teachers and all of the awesome teachers my own sons have had.

Every year we find common ground on Mother's Day. I think we can find more on the other days too. While it feels like war sometimes on Twitter, on blogs, and even in our national publications, it isn't really war. It's Moms who share that paradox of unconditional love, epic frustration, and an exhaustion that we wouldn't trade for anything in the world. In a word, we share motherhood.

So while we continue to disagree and even battle over policy and practice, let's also remember we share countless experiences and stories that over a few drinks or a cup of coffee, would probably be pretty hilarious and bring us closer to seeing each other as fellow Moms with many shared stories instead of just opponents on the frontlines of the battles over K-12 education.

P.S. I hope everyone had a fantastic Mother's Day--I went and had a cheeseburger and fries by myself (well, the dog and I shared the fries in the car).