Brazilian Street Artist Eduardo Kobra and four other painters have been working six hours a day since January 14th to complete a 52 meter high mural that honors architect Oscar Niemeyer who passed away in December just days before his 105th birthday. Covering the entire side of a skyscraper on Paulista Avenue in São Paulo's financial district, the artwork is inspired by Niemeyer's architecture, his love of concrete and Le Corbusier.

If you look closely among the colorful forms that overlay the photo-realistic portrait, you'll find that some of them are based on Niemeyer's works. In this case, art on the street could not find a more fitting tributary than a modern architect who espoused populist sentiments that his field should serve everyone, not just the privileged few. 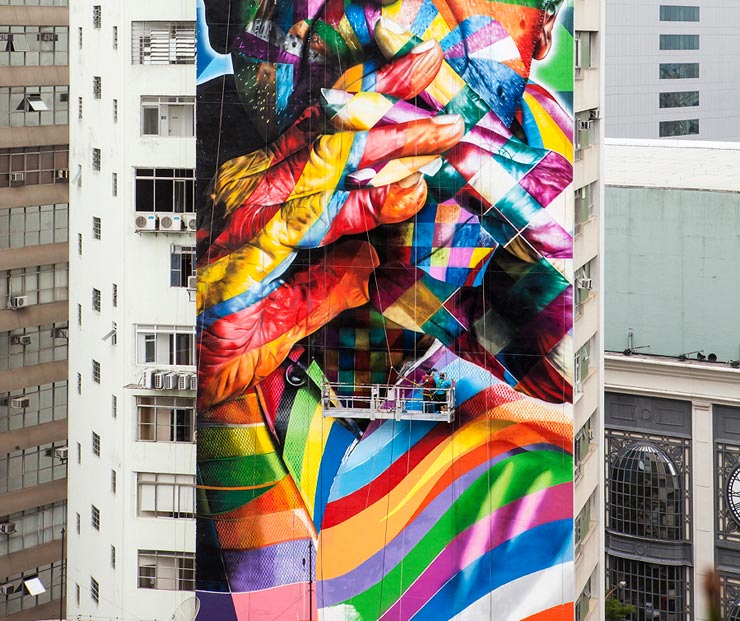 "Oscar Niemeyer was an important figure to us," explains Kobra during a break from painting, as he talks about the Rio born citizen of the world and Brazil's modernist icon, "The decision to paint this here reminds us of the importance of the several works he did in the city. Given their relevance even today, I think he deserved this great space on Paulista Avenue."The logistics and costs of this labor of love have been as great at the mural is high. Beginning in the early autumn, the process included getting permission from the building and city hall, placing the scaffolds, agreeing on and setting the design, and buying the paint. "In the end, the paperwork was the most difficult part and I wanted to get it all resolved so I could paint the mural," explains the artist.

"Furthermore it was a very expensive project. The staff of the building gave us the paint, the André Art Gallery helped us with the equipment, there was a hotel near the building that hosted us and we also got a restaurant to help us with food. This project relied upon genuine cultural support and it could only happen because of it," says Kobra. "For this project we didn't receive a penny of compensation -- we are doing it for the pleasure of doing a job here at Paulista, the most important avenue in São Paulo." 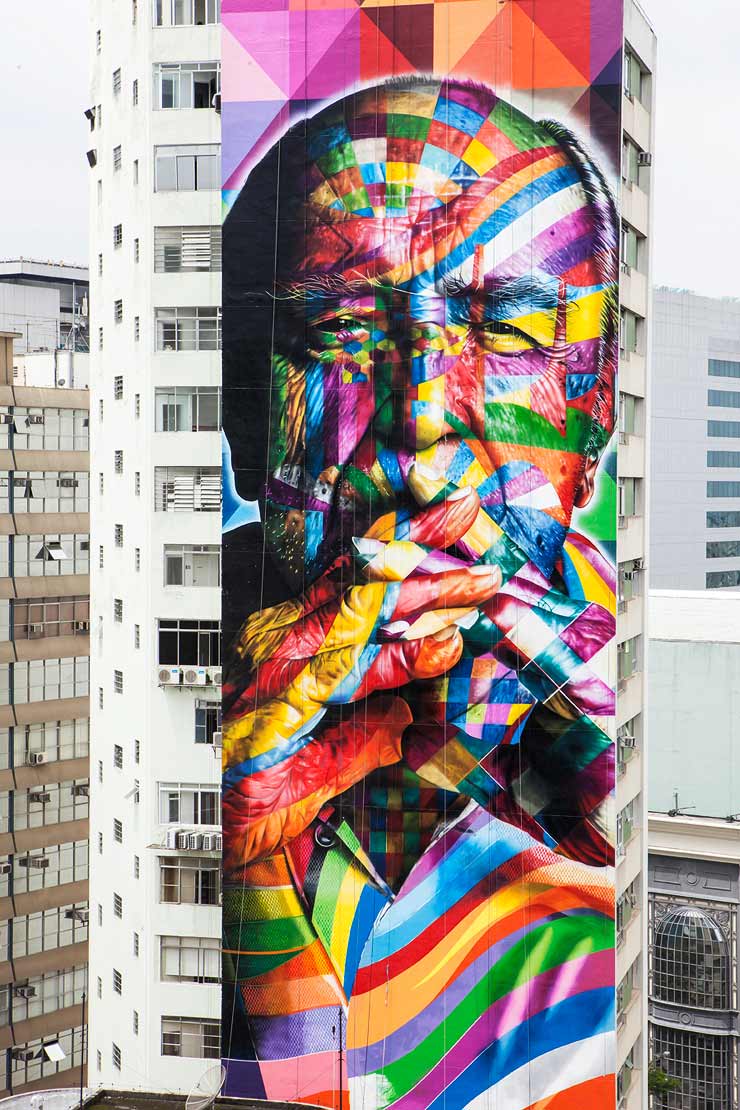 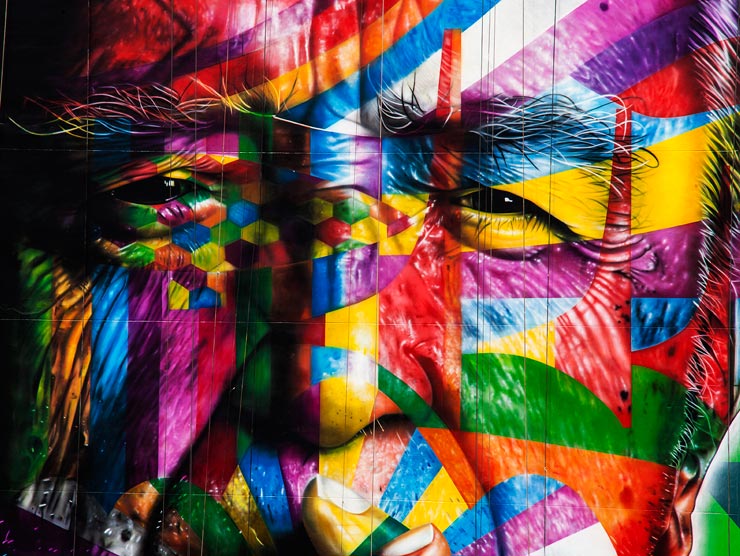 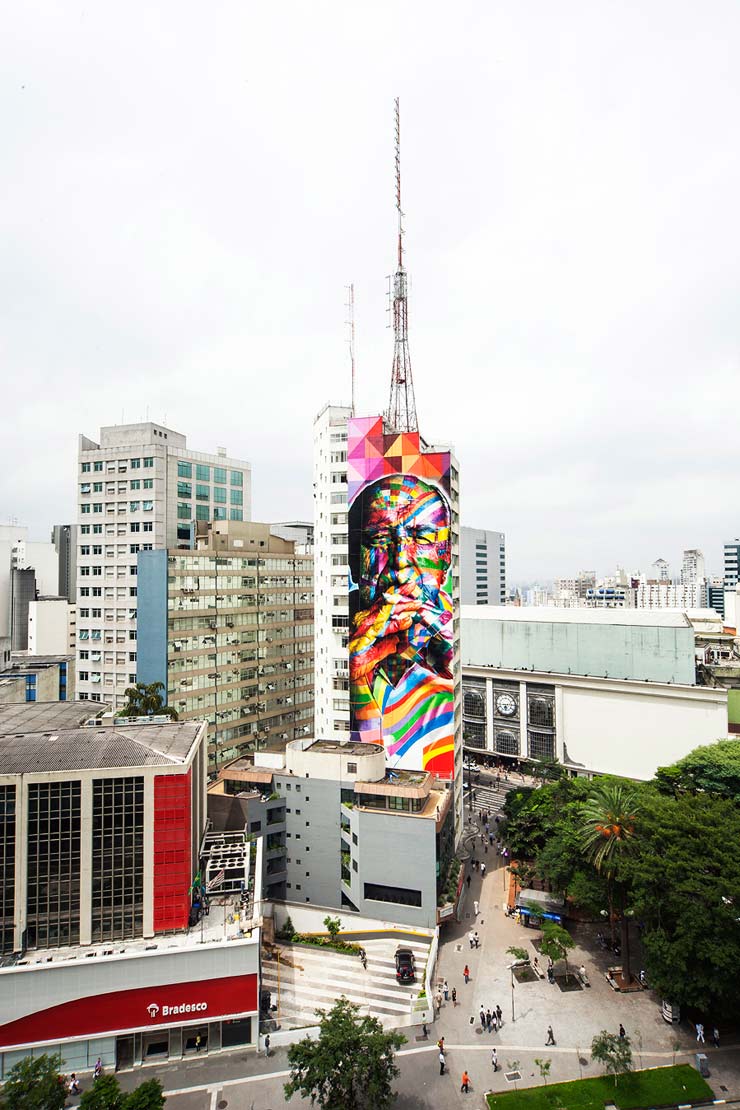 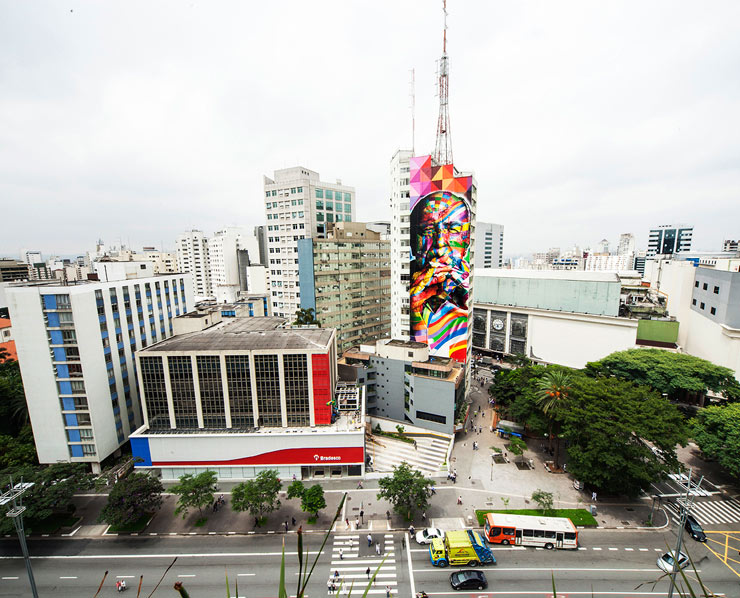