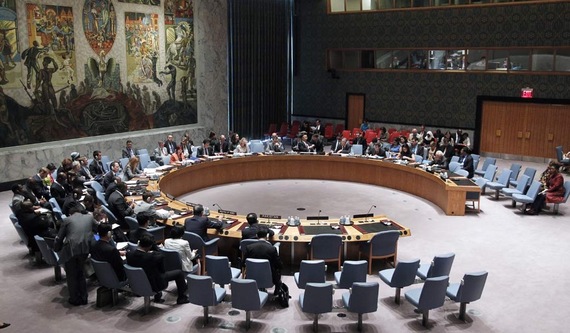 The Arab World has reached a point where the youth are at a record-breaking proportion to adults in the region's history. The forth-coming decade is the era led by the youth.

The best way to prepare this generation is through quality education. Developments in curriculums, inauguration of more schools, and investment in quality teachers are imperative.

Although education is timelier and its impacts are gradual, it is far too often underplayed when it comes to a nation's security by the size of military and present economic growth. Education has never been more central to the security of Middle East countries and fighting extremism.

The Middle East is experiencing a similar current, which the U.S. had and is currently battling. In the single most important document in American Education, the 1983 report 'Nation at Risk', the National Commission on Excellence in Education drew a strong correlation between education and security. Revealing to the public that an astounding 23 million American adults were functionally illiterate by the simplest tests of everyday reading, writing, and comprehension. Proclaiming, "If an unfriendly foreign power had attempted to impose on America the mediocre educational performance that exists today, we might well have viewed it as an act of war."

This mirrors the educational and security concerns in the Middle East today. Like the United States, the Arab World too, was known for their contributions in science, trade, literature and innovation. However, in the Middle East hijackers of religion have corrupted religious and educational curriculums and have led extremists to target schools. Essentially all acts of war and attacks to the region's human capital. All Arab countries must reassess their education and compare it to Arab tradition of intellectual contribution.

In the words of The 'Nation at Risk' Report:

"The educational foundations of our society are presently being eroded by a rising tide of mediocrity that threatens our very future as a Nation and a people."

Pushing education to the forefront of a nation's security agenda is a universal predicament. Education was not intentionally neglected, rather, globally no one could anticipate what threat lack of education could breed, but it birthed the mother of intolerance fueling violence and the exodus of a country's human capital.

When it comes down to it, every single citizen understands that quality education, intellect and open-mindedness, are the foundations for successful people. Because of globalization, it is a security threat if a nation's people cannot agree to disagree with each other and cooperate internationally. Today's Arab youth is the dominant demographic; education as a means of security and stability is key.

Education is not just a tool to develop ones country, but holds the capacity to cure and fight extremism, against those who hijacked Islam and have capitalized on illiteracy.

At the September 2015 UN High-Level Breakfast: Inclusion of the Right to Education in Emergencies in the Post-2015 Development Agenda, Pierre Krahenbuhl, UNRWA's Commissioner-General, stated, "When youngsters are out of school, and also suffer from economic hardship, it's much easier to draw them into radicalization and violence -if you close the school, you open a prison."

"The correlation between education and security is clear, and should be pushed to the top of the agendas of every country."

At the same meeting, Foreign Minister of Qatar H.E. Khalid Al Attiyah, made it a point to show how lack of access to education ushers exploitation. "From Gaza, to Syria, to the refugee communities of Lebanon and Jordan, children are increasingly at risk of radicalization and of being persuaded to act on behalf of extremists, as in the absence of schooling and without opportunity for personal advancement, radicalization can easily take root."

In various communities in the Middle East where former violent extremists return to their community, proper religious education is also necessary. According to Hedayah Institute, families and citizens should be "equipped with the necessary tools to counter the justifications of violence, both religiously and ideologically."

Although religious schools are often under fire for spreading religious radicalization, Hedayah found that "poorly resourced or managed public school systems were more likely to create an enabling environment for violent extremism," than that of religious.

Not only is education vital in areas of conflict in the Middle East, but just as important in areas more stable. Often, people assume because the countries of the Gulf are wealthy in resources, that they are less of a priority.

Maintaining and Growing: The youth of the Gulf are blessed, enveloped in an environment that promotes the arts, science, and entrepreneurship. However, this is still nascent and some remain to lack motivation in taking advantage of their knowledge-based resources. Maintenance of education is vital in the Gulf region, it is their youth who will lead their countries and will interact with their neighbors.

On a primary school level, Dubai's ruler Sheikh Mohammed Bin Rashid Al Maktoum launched an initiative to encourage over a million students to commit to reading 50 million extracurricular books annually. Similar to the United States' nationally spread initiative D.E.A.R, Drop Everything And Read, a program that has successfully encouraged millions of students through the patronage of awards.

Growing up, I was a participant of America's D.E.A.R, and it was the only reason I ever read a book outside of class -which led me to continued success in academia and passion in knowledge.

Because families are the foundations of Arab societies -government can only do so much and society must encourage their child's education and praise their accomplishments.

On a university level, Many American universities have campuses in the Middle East. For locals, these prestigious institutions have served as an indispensible window into the Western world.

From Harvard to Cambridge, Arab states have established multiple Islamic-Christianity and Middle East centers in the most regarded universities. Debunking those who crassly claim Islam cannot tolerate other ideologies, these centers are partnered and in harmony with other faiths. It is this kind of educational exchange that will prepare the future youth to embody the notion of coexistence; the true breadth of Islam.

Whereas the Arab World used to be reactive, today, Arab countries are establishing initiatives regionally and internationally, adopting similar developmental tactics as progressive global powers, actively filling the void in curriculums that have failed to educate publics on their respected culture.

Now more than ever, Arab countries should invest in the establishment of schools and quality of curriculums in both areas of conflict and stability, and wages from primary school to collegiate level teaching should be raised. Teachers should be evaluated and promotions should be given annually to those who perform best to encourage quality teaching. Universally, teaching must not be perceived as an inferior career. Military may be the muscle of a nation, but education is the skeleton.

I am confident that the Middle East is not positioned for collapse at the extent our media portrays -because of the many developments of the region. If the United States given the dwindling 1983 statistics of 23 million illiterate Americans, were in the shoes of the Middle East today, they would be under the same reduction.

"The level of truthfulness in the Nations at Risk Report was very appealing, not a sugar coating, not politically correct - but the fact they talked about the good, the bad, and the ugly is so important." - US Secretary of Education Arne Duncan

America today still battles education and curriculum quality, however, since the alarming 1983 report, education has been moving towards the front pages of policymaking and government agendas -which has led to improvements in the discipline.

The Middle East should recognize the power of education beyond development and its urgency to their security. It is in the interest of every nation and respected public, for fellow nations to have the highest standards of education, as quality education is key to inter-cultural understanding. This is the key to domestic harmony, the weapon to combat extremism, the substance that stops international terrorist attacks, and the tool for a safer globalized world.