The following was originally published in Kevin's blog, MyMediaDiary.com 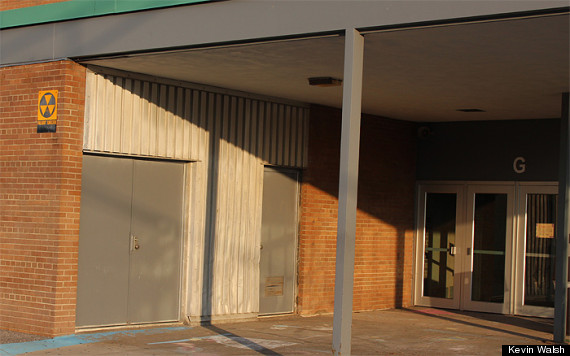 I'd only been through this doorway a few hundred times in my life -- and never noticed it. There, on the top left. 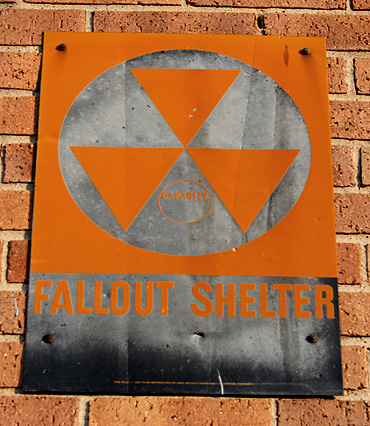 I certainly hadn't noticed that there was a faded "capacity" circle. I wonder who had to enforce that one?

And who knew that the Department of Defense, while protecting us from Cold War nuclear fallout, was also eagerly pursuing copyright infringing pranksters who would try to divert the unknowing to faux-shelters?

In 1958, Kimball High School became the second high school in Royal Oak. It was the height of modern architecture, rebelling against all that was pleasant and pleasing to the eye. It was a time of practicality; no one had time for cornices, trim or even placing the pretty side of the building outward.

A year before, the unthinkable happened. We dropped out of first. 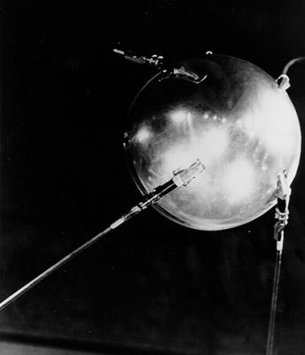 "Are you glad, mad, sad or afraid?" a psychologist once asked me. "Because that's pretty much all there is."

Which one moves us most? Probably the same thing that still makes me jump off my chair if someone walks behind me in a quiet room and says something threatening like, "Hi Kev!" My instinctive nature is to leap for safety into a nearby cave or at least on top of the filing cabinet.

One doesn't knee-jerk oneself into happy, angry or sad with nearly that velocity.

Fear can be quite the motivator -- snapping us out of complacency -- right into action, reaction -- or overreaction. Like that near traffic accident that makes you drive real safe for the next ten minutes or so -- until you need to check your Facebook page on your iPhone.

On December 6, 1941, the United States had been comfortably on the sidelines as two continents tore themselves apart for two years. Most of the country was against FDR's policy of assisting Great Britain and the Soviet Union with military help, beyond lend-leasing them tanks, battleships and bullets -- even if the Nazis crossed the channel and took over the entire European Continent. And whatever atrocities Japan was doing to China was way out of our interest. But Pearl Harbor happened and the very next day, half the nation's guys under the age of 35 were in line at the local recruiter. Roosevelt was right, the power of "fear itself" filled those lines (with some patriotism and anger blended in as well).

For the first time since WWII, when the Soviet Union launched the basketball-sized satellite, we'd been beaten at something. Suddenly we had to regain first place -- almost like a trade-deadline for the Tigers needing a closer. The bomb-shelters were being dug and films like "The Atomic Cafe" (1982) show us the "duck and cover" levels of our self-preservation.

Since President Obama's 2011 State of the Union address, the "Sputnik Moment" has become a catch-phrase for an opportunity to make drastic changes (or to sit idly on the sidelines). A recent article in ComputerWorld warned that we are losing such an opportunity in super-computing to China.

Last week, while Congress was mostly preoccupied with hearings on the IRS scandal, some of the leading U.S. supercomputing researchers told a House energy subcommittee hearing that China, Japan and Europe are investing heavily in building next-generation systems, and may beat the U.S. in the race to exascale. (link)

I've been waiting for the jolt to education for over two decades. I thought for sure we'd be off the agrarian calendar within 10 years after I began student-teaching. It's been a while since Memorial Day rolled around and the principal got on the PA and said, "Have a great summer. Take care of those cows. Till those fields and we'll see you come harvest time everyone!"

It's also generally forgotten that graduating, up until the early 1960s, was considered pretty darn good. Many took exams right out of high school to be teachers themselves -- my grandmother's 1923 yearbook lists five young ladies who had successfully passed the test and were ready for the classroom -- just like Laura Ingalls.

But the part that's puzzled me for years has been the closing of a high school at 3 PM. In most towns, it's the costliest building around. Why close down in the middle of the afternoon? Why not offer classes from 8am-9pm? If a kid wanted to graduate in 3 years, let him. If she wants to have a morning job at Starbucks, then start school at 2 PM, what's the harm? I know, first-hand, that a number of teachers would gladly work the late-shift so they could get their kids out the door and save a fortune on day-care and latchkey. You could leave the cafeteria open all day, like it is at your workplace. For the sports-folks, why not have practice in the morning?

Yet we're stuck in ruts, like the country was in 1957, until the basketball sized terror prowled above our suburban heads as we dug our bomb-shelters faster and faster. Suddenly we had to get ahead again. We had to improve our science and math students (sound familiar?). But how can you do that if your schools have lackluster educational systems?

Call it crazy, but they decided to prioritize getting the best students into the classroom as teachers. Just like the best parenting practice, in theory, can produce more successful kids, therefore citizens, therefore taxpayers, therefore world prominence once again.

And presto! Teacher unions were born! (Well, it took another seven or eight years of major struggle and sacrifice.) But relatively, suddenly, it was a seller's market for the educator. Suddenly, it was decided that not everyone could teach. The obstacle was, pre-Sputnik, and is again, the general public's assumption of what a teacher does. We've all had lackluster teachers. We've all seen how those bad-eggs slide by in a parade of dittos and film-strips. "Anybody can do that."

Prior to teacher's unions, most instructors were not the primary bread-winners in their families. It was financially impossible to raise children on such a salary. It was just extra-cash from someone else in the house -- like a son with a paper route.

But Sputnik snapped the public into awareness that not everyone can teach and that in order to attract the "best and brightest" they needed to be paid accordingly. And those same folks demanded working conditions that were fair. They didn't want to get fired if they were pregnant. They didn't think it right to have the football coach get paid twice as much as anyone else (outside of Texas). They deserved a planning period. Class-size did make a difference in a child's education.

We're drifting back into 1956 right now. We'll look to the skies and hope for the best -- not to the creepy shelters down the dark hallway with very small capacity. 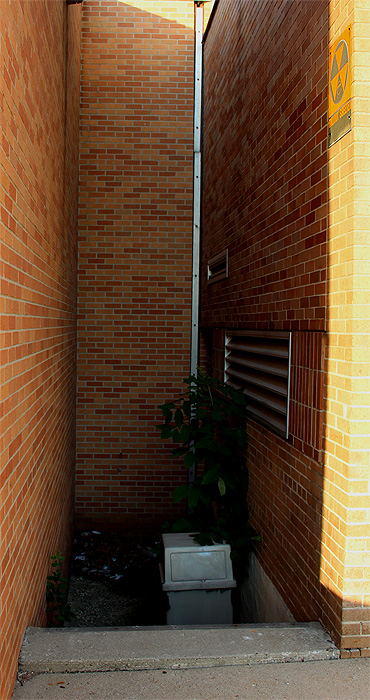