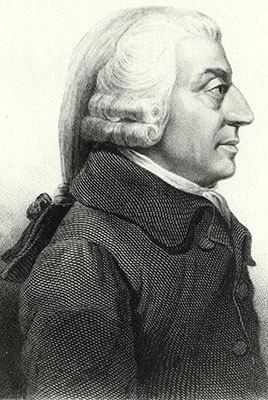 I used to work part time in England, and I've traveled around the world a good bit speaking about evidence-based reform in education and related topics. One of the things I find striking in country after country is that at the higher levels, education is not run by educators. It is run by economists.

In the U.S., this is also true, though it's somewhat less obvious. The main committees in Congress that deal with education are the House Education and the Workforce Committee and the Senate Health, Education, Labor, and Pensions (HELP) Committee. Did you notice the words "workforce" and "labor"? That's economists. Further, politicians listen to economists, because they consider them tough-minded, data-driven, and fact-friendly. Economists see education as contributing to the quality of the workforce, now and in the future, and this makes them influential with politicians.

A lot of the policy prescriptions that get widely discussed and implemented broadly are the sorts of things economists love to dream up. For example, they are partial to market incentives, new forms of governance, rewards and punishments, and social impact bonds. Individual economists, and the politicians who listen to them, take diverse positions on these policies, but the point is that economists rather than educators often set the terms of the debates on both sides. As one example, educators have been talking about long-term impacts of quality preschool for 30 years, but when Nobel Prize-winning economist James Heckman took up the call, preschool became a top priority of the Obama Administration.

I have nothing against economists. Some of my best friends are economists. But here is why I am bringing them up.

Evidence-based reform is creating a link between educationists and economists, and thereby to the politicians who listen to them, that did not exist before. Evidence-based reform speaks the language that economists insist on: randomized evaluations of replicable programs and practices. When an educator develops a program, successfully evaluates it at scale, and shows it can be replicated, this gives economists a tangible tool they can show will make a difference in policy. Other research designs are simply not as respected or accepted. But an economist with a proven program in hand has a measurable, powerful means to affect policy and help politicians make wise use of resources.

If we want educational innovation and research to matter to public policy, we have to speak truth to power, in the language of power. And that language is increasingly the language of rigorous evidence. If we keep speaking it, our friends the economists will finally take evidence from educational research seriously, and that is how policy will change to improve outcomes for children on a grand scale.