A South Florida man collapsed and died Friday night after winning a snake in a roach-eating contest.

32-year-old Edward Archbold had signed up to eat a variety of insects and worms at Ben Siegel Reptile Store in Deerfield Beach, where staff promised a female ivory ball python to the "Eat Bugs For Balls" winner.

But after taking the contest by eating "dozens" of worms and roaches, Archbold fell ill and threw up before collapsing in front of the store, according to the Broward Sheriff's Office. He was later pronounced dead at hospital.

None of the other contestants became sick, according to investigators, and autopsy reports to determine Archbold's cause of death are pending.

"None of us in that competition thought this would happen," wrote Robert Farthing on the store's Facebook page, admiring Archbold for sporting a headband for the contest "like a true athlete."

Ben Siegel Reptile Store's attorney, Luke Lirot, said the bugs in the contest were "taken from an inventory of insects that are safely and domestically raised in a controlled environment as food for reptiles" and offered condolences to Archbold's family.

In a statement posted over the weekend, store staff said "although we just met Eddie the night of the sale, we all liked him right away." 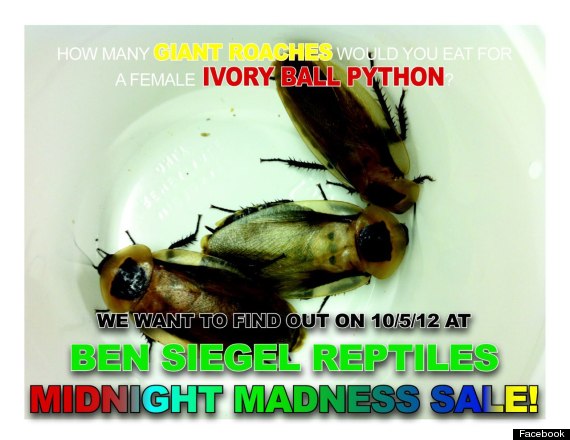