Edward Herrmann, who won an Emmy for "The Practice" and famously played Lorelai's dad on "Gilmore Girls," died on Wednesday, his manager confirmed to HuffPost Entertainment. He was 71.

"Edward Herrmann, besides being an accomplished actor, he was also a true gentleman and a scholar, as well as being an incredibly kind and decent man. He will be sorely missed," Herrmann's manager, Robbie Kass, wrote in an email to HuffPost Entertainment.

TMZ was first to report Herrmann's death. The site reported that he died in a New York hospital after battling brain cancer in recent months. 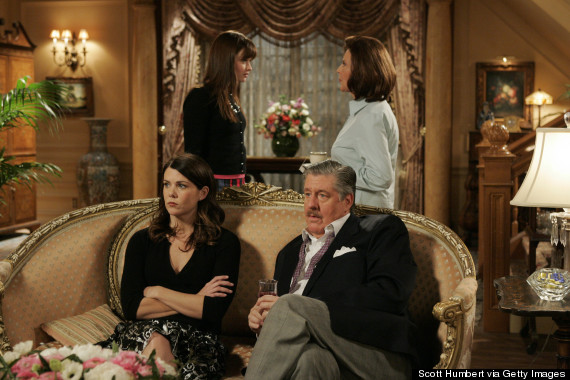 Herrmann had a lengthy career, with memorable parts in films like "The Wolf of Wall Street," "The Emperor's Club" and "Richie Rich." He was also featured in dozens of TV shows, from "How I Met Your Mother" to "The Good Wife" to "Harry's Law."

Herrmann was also an accomplished stage actor, and won a Tony Award for best performance by a featured actor in a play when he played Frank Gardner in the revival of "Mrs. Warren's Profession" in 1976. Starting in the early '90s, Herrmann distinguished himself as a voice actor and is the voice of dozens of audio books, the narrator on many PBS and History Channel specials, including Ken Burns' series, "The Roosevelts: An Intimate History." Herrmann voiced FDR.

"He was an extraordinary human being," his voice agent Robyn Stecher told HuffPost Entertainment. "His work ethic was extraordinary until the end. He worked until about a month ago. He was so committed to his craft and wanting to work despite his challenges."

The actor has been married twice and is survived by his two daughters, stepson and current wife Star.