Since joining The Nature Conservancy, and over the course of writing Nature's Fortune: How Business and Society Thrive by Investing in Nature, I've been fortunate to benefit from the perspectives and advice of many leaders of the environmental community. To continue the conversation on the ideas in Nature's Fortune, I recently spoke with leading conservationists, CEOs, scientists, academics and activists about the environmental movement -- what's working well, what we could do better and what they see as the biggest challenges and opportunities ahead. 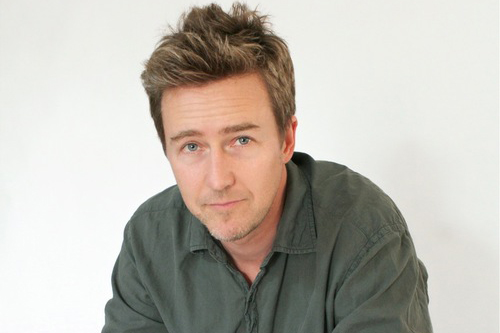 Next in the series is my conversation with Edward Norton. While I've long respected Edward's work in film, I have even greater admiration for his commitment to conservation and community development. Edward is president of the U.S. Board of the Maasai Wilderness Conservation Trust, which protects the landscapes and biodiversity of East Africa through conservation that directly benefits local Maasai communities. In 2010, he was appointed United Nations Goodwill Ambassador for Biodiversity by Secretary General Ban Ki Moon. Edward is also helping change the field of philanthropy by co-founding CrowdRise, a social fundraising site that makes it easy and fun for people to raise money for their favorite causes.

Mark Tercek: Of course you're well known as an actor, but you are also an exceptionally engaged and influential environmentalist. How and when did you become so involved in environmental issues?

Edward Norton: Most of what I know about environmental conservation I learned from my father, who has been a leader within the movement for over 30 years.

When I was growing up he was the Policy Director for the Wilderness Society; he went on to found and run the Grand Canyon Trust; was one of the founders of the Rails to Trails Conservancy; chairman of the Board of the Wyss Foundation; and of course, as you know, he oversaw the inception of The Nature Conservancy's Yunnan Great Rivers project in China and was a senior advisor to the Asia-Pacific program. Now he's the sustainability chief for one of the largest private equity firms in the world. So he's literally come at these issues from every imaginable angle and I've been learning at his feet since I was a kid.

He's still my main guru and all of my interest and involvement in these issues is rooted in his spiritual love of the outdoors and wild places married with a very prescient intellectual certainty that environmental degradation and ecosystem collapse was going to be the most significant threat to civilization in the next century.

I'd say that, in addition to actually taking my brother and sister and I camping and hiking and river rafting all our lives and introducing us to the power of natural landscapes, his biggest impact on my thinking has been to always argue that the "spiritual case for Nature" was not going to outweigh the needs of 7 billion people and to insist that law, science and economics were the critical frameworks through which we had to defend the value of nature.

Mark Tercek: Very prescient indeed. From your vantage point, are we making good progress demonstrating the value of nature through those frameworks? What is the environmental movement doing well, and where do we have room for improvement?

Edward Norton: I think that the environmental movement is wisely moving away from a largely emotion-based argument for the spiritual or intrinsic value of Nature with a capital "N" and evolving toward a very hard-nosed case for the economic value of natural capital, ecosystem services, biodiversity, etc. Most of us still believe in the intrinsic value of nature, but I think the first century of the environmental/conservation movement demonstrated pretty clearly that this value cannot compel a civilization-wide shift toward sustainable behavior and enterprise when stacked up against the urgent economic and social needs of 7 billion people, most of whom are struggling to get out of poverty.

So the "environmental movement" is becoming an economic movement, is joining the social justice movement, is becoming a sustainability movement. It's leaving behind the "People's Needs versus Nature's Needs" conflict in favor of making the case for environmental health as the essential underpinning of prosperous and stable human civilization. The best news is that the data, the math, the science... it all supports what environmentalists have been saying for decades, which is that we mess with the complex mechanics of the biosphere at our peril.

I think we have to do a better and speedier job of pressing this perception shift forward though. Too many people, too many governments are still getting away with indulging in the delusion that the market is, or ever has been, an honest one. Too much of the external costs have been left off the books and it's up to the environmental movement to force them internal. That's going to change everything. Much more than people changing what kind of light bulbs they use, frankly.

Mark Tercek: Speaking of change, at The Nature Conservancy we are working to inspire and engage younger, more diverse and urban audiences. What advice do you have for us here? How can we bring more people into the conservation tent?

Edward Norton: That's a very complex challenge. Most people don't relate to and can't generate concern for something they don't encounter personally or feel personally affected by. People have to have the palpable negatives in their lives dissected for them in ways that let them understand the root causes of unhealthy, unhappy conditions in their lives and then be allowed to really see and feel the positive alternatives.

That's why I get involved with some very humble but incredibly effective groups like Harlem Grown or Maasai Wilderness Conservation Trust as well as with larger global players like TNC and Conservation International.

Mark Tercek: In Nature's Fortune, I argue that focusing on nature as an investment opportunity can do a lot of good. It can get people who may have been viewed as opponents of the environmental movement on our side, provide a source of capital and an opportunity to scale up. What risks and opportunities do you see in this approach?

Edward Norton: The opportunity lies in the fact that the "value proposition" for the existing corporate/industrial/finance community is real. There are preferential financial outcomes for companies and investors that focus on efficiency, sustainability of supply chain, mitigation of external costs that will surely be climbing and align with customers and consumers whose values are moving toward those bonafides. It actually does make better economic sense to operate sustainably, certainly in the long term but even in the short term. And as our understanding of complex systems gets more sophisticated we're going to see more and more competitive models emerge that take innovative approaches to old industries and out-compete the unsustainable ones.

Ecotrust Forest Management's funds are, to me, a really exciting example of this. Their model for extracting multi-dimensional value out of landscapes that were traditionally just clear-cut for boardfeet is really exciting and impressive. They will outperform the averages in the hedge fund industry over time and with much less risk, it seems to me.

What's sad is how slow on the uptake some institutional investors are. Places like big universities with their endowment funds should be the first ones looking to move into these "triple bottom line" type of investments, but they remain slow to adopt the values and practices that they are engaging their own students in on an academic level.

To cite my own alma mater, it's shocking to me that Yale University can teach what it teaches at the Yale School of Environmental Studies and utterly fail to mirror those values in any way in its investment practices.

Students all over the country should get on this. It's not just about carbon divestment but an insistence on environmentally sound investment portfolios.

Mark Tercek: I've long believed, as I argue in Nature's Fortune, that business, when properly incentivized, can be a constructive ally to the environmental cause. This can be difficult terrain for conservationists. Many companies have huge environmental footprints, and some are more sincere than other in their efforts to do the right thing. But I think that businesses can be constructive allies when we work together to change their practices. Do you agree? What can we do fully leverage this potential?

Edward Norton: This is sort of the same question, but the incentive for business is not, and cannot, be anything other than the root incentive for all business: they must profit. I think the new environmental economists -- people like Pavan Sukhdev -- have to keep showing that operating unsustainably will be increasingly anti-competitive as governments wise up to the public costs and subsidies implicit in allowing businesses to degrade the environment. The regulatory environment will only get tougher and resource scarcity is only getting tighter. So good luck to those businesses that want to try to keep doing dirty business as usual.

The biggest liability or risk seems to me to be time -- the fact that we need this shift to happen a lot faster than it's currently evolving. And also that there are places, species and scenarios that won't have an easy "market solution" and need protection right away. Interventions are still going to be necessary.

Mark Tercek: If you had my job leading The Nature Conservancy, what would you make your top priorities?

Edward Norton: Tough question! As a member of The Economics of Ecosystems and Biodiversity (TEEB) Advisory Board, I'd have to say: "advance the principles and case studies of the TEEB Report within national governmental contexts as rapidly as possible."

And from my own experiences working on specific efforts to implement these ideas in developing world scenarios, I'd say I think one of the most important investments an organization like TNC can make is in helping build local capacity -- supporting the growth of a global network of small community-based entities that advance these programs at the local levels. Help people who live within critical ecosystems help themselves and their neighbors to design a better future relationship between themselves and their natural resources.

A critically acclaimed filmmaker and actor, Edward Norton is also a passionate advocate for conservation, community development, global health and the arts. In 2010 he was appointed United Nations Goodwill Ambassador for Biodiversity by UN Secretary General Ban Ki Moon. He is also president of the US board of Maasai Wilderness Conservation Trust; on the board of the Conservation Lands Foundation; co-founder of the online social fundraising platform CrowdRise; and member of the US President's Committee for Arts and Humanities.